Sorry folks, it wasn't aliens that caused a monolith in the Utah desert to suddenly disappear one night. 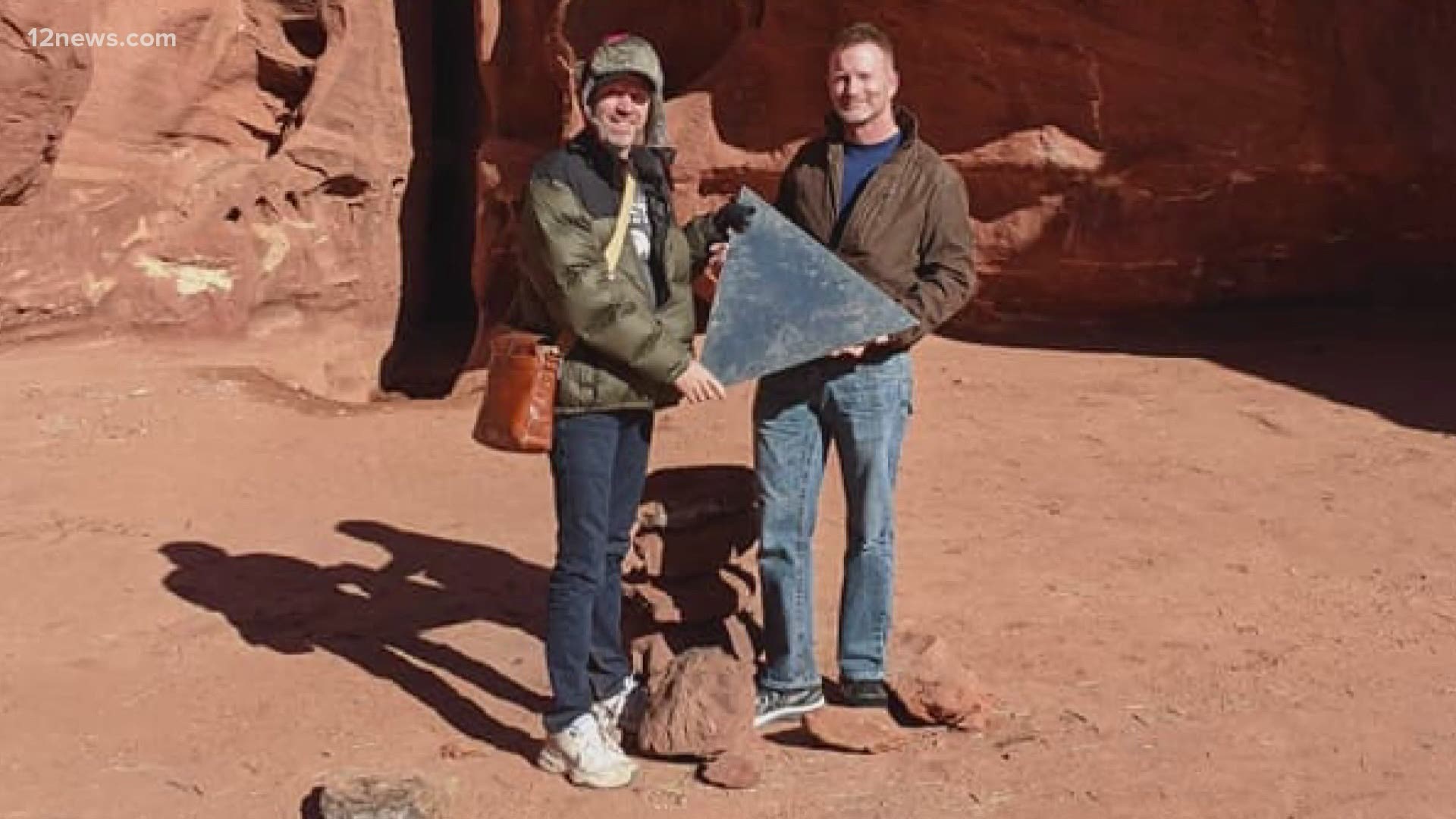 SALT LAKE CITY — A gleaming monolith found deep in the Utah desert was striking, mysterious beacon that immediately captured the attention of a world grappling with a punishing pandemic casting a pall over the holiday season.

Revealed publicly shortly before Thanksgiving, it drew hundreds of people to remote, red-rock country to see and touch the otherworldly edifice that evoked both science-fiction films and the state’s famous land-art works.

But the newcomers also flattened plants with their cars and left behind human waste in the bathroom-free backcountry. Now, two men known for extreme sports in Utah’s sweeping outdoor landscapes say it was that kind of damage that made them step in late at night and tear it down.

Sylvan Christensen and Andy Lewis have large online followings for their posts about skydiving-like BASE jumping and slacklining, which is like walking an outdoor tightrope. In videos posted on Instagram and YouTube, they said they were part of a group that pushed down the hollow stainless-steel structure and taking it away in a wheelbarrow.

Christensen said in a statement provided to media outlets late Tuesday that the land wasn’t prepared for the influx and its federal managers couldn’t hope to keep up.

“The mystery was the infatuation and we want to use this time to unite people behind the real issues here— we are losing our public lands— things like this don’t help,” he wrote.

He said the group supports art and artists, but said it was an “ethical failure” to cut into the rock to erect the monolith, and the damage caused by the “internet sensationalism” was worse.

The group’s action left plenty of disappointed people who had traveled long distances to see the gleaming silver structure, only to find the site empty aside from a triangular sheet of metal over a hole in the ground.

But the removal may not have broken the law. San Juan County sheriff Jason Torgerson said Wednesday that they can’t investigate it as a stolen property case because no one has stepped forward to claim the structure as their own. The original creator remains a mystery.

“The monolith was abandoned on public property,” Torgerson said in an email to The Associated Press. Since it was put their without permission in the first place, the original installation is also under investigation, he said.

A similar structure that popped up last week in Romania has also subsequently disappeared.

Credit: AP
FILE - This Nov. 18, 2020, file photo provided by the Utah Department of Public Safety shows a metal monolith in the ground in a remote area of red rock in Utah.