WARNING: Some may find the cell phone video disturbing and graphic. 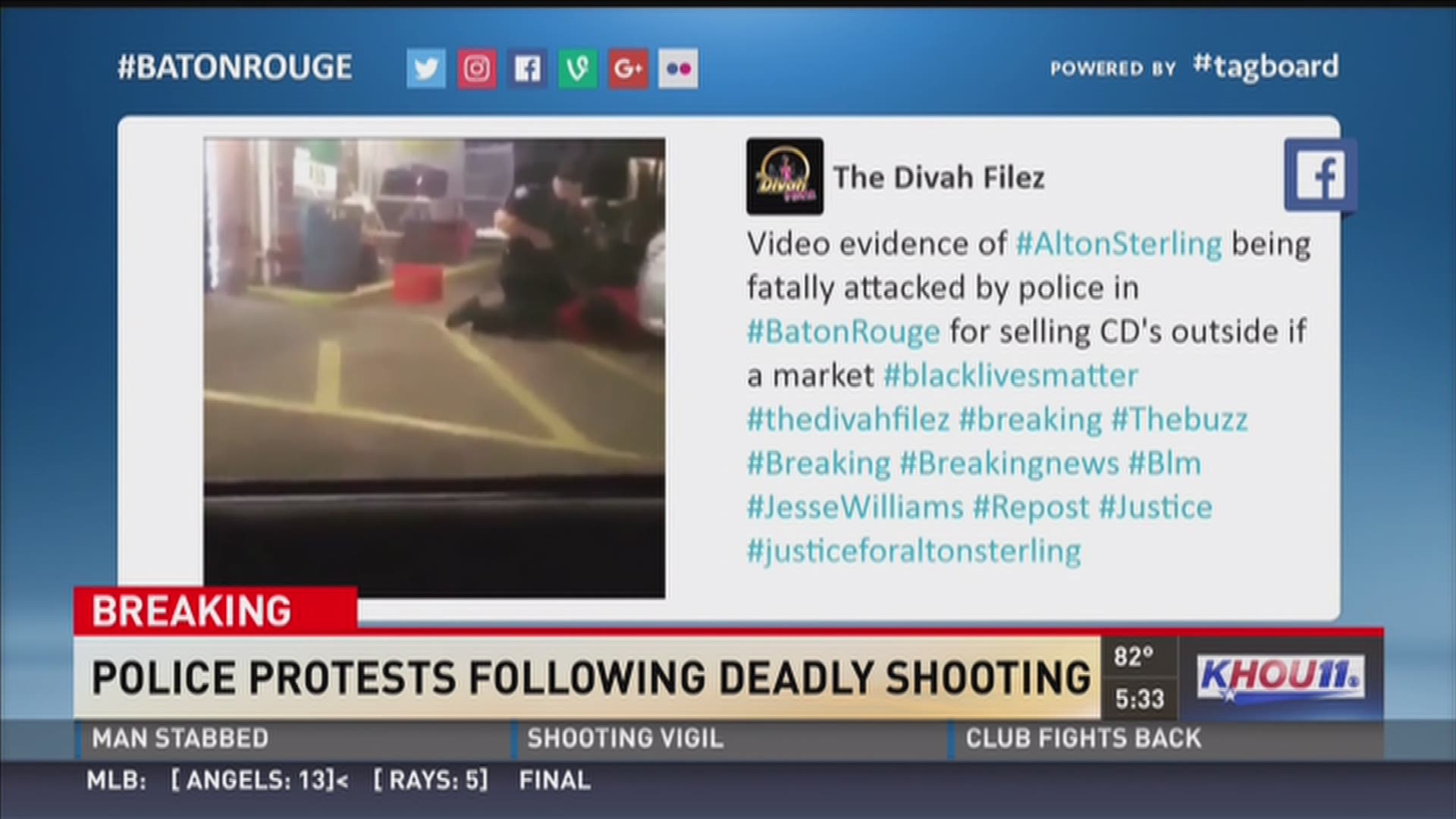 WARNING: Some may find the cell phone video disturbing and graphic.

The video appears to show Alton Sterling, 37, on the ground with two Baton Rouge police officers over him. One of the officers appears to be yelling that Sterling has a gun. After that, a series of gunshots is heard.

Sterling was dead when paramedics arrived at the scene. The East Baton Rouge Parish Coroner's Office released Tuesday afternoon that the cause of death for Sterling was multiple gunshot wounds to the chest and back.

The video surfaced hours after the coroner released the cause of death.

The owner of the store where the shooting happened said he saw officers pull a gun from Sterling's pocket after the shooting. Police have not confirmed whether or not Sterling was in possession of a gun.

According to early police reports, officers were called to the Triple S Food Mart off North Foster after getting a report of an armed man. Investigators said there was an altercation between police and that suspect, Sterling, in the parking lot.

Abdul Muflahi, who owns the store and knew Sterling, said he saw the shooting happen. According to Muflahi, one officer tased Sterling and a second officer then tackled him. He said that when the first officer then fired shots.

State Rep. C. Denise Marcelle, who was briefed by the police chief, said that the officers were wearing body cameras but the cameras fell off during the struggle and did not capture the shooting.

She added that detectives also have video of the shooting from at least one convenience store surveillance camera and from the dashboard camera of at least one police patrol car that has not been released.

"What I said to the chief is he has to have transparency in this matter because as you can see this is getting out of hand. People are clearly upset and they want transparency," Marcelle said.

Marcelle has requested that Louisiana State Police, which has been briefed on the situation, take over the investigation. However, Col. Mike Edmonson with LSP said Mayor Kip Holden and BRPD Police Chief Carl Dabadie must make the request, and as of 9 p.m. Tuesday, they have not done so.

BRPD officials said that two uniformed officers involved were placed on administrative leave following the incident, which is standard procedure in shootings. They added that any other information about the officers would be released on Wednesday.

Flowers and messages have been left at a table where Sterling was known for selling CDs outside the convenience store, where he was shot.

"We going protest if we have to be out here all night because our lives do matter," said protestor Chermicka Brown.

"You see it so much around the country, and you see it so much on TV, but for it to happen right here in your own back yard, it's just like, wow.," said Keon Preston with Stop the Violence.

A crowd gathered at the scene of the shooting Tuesday evening as people were angry and wanted answers.

"The worries are that we are not going to get the information we need to cool the situation down and this may definitely be the next Ferguson right here in Baton Rouge. That's the worries," said Silky Slim, a community activist.

"It just didn't make sense for someone to become so angry that's suppose to protect our lives and take this young man's life. It just doesn't make sense," said Vereta Lee, a family friend.

Holden said Tuesday evening that he is not ready to comment on the shooting or on the video that has surfaced. He did say he would be at a news conference Wednesday.

The video evidence of today’s tragic shooting is very disturbing. We need an exhaustive internal and external investigation of this fatal shooting. We cannot afford any missteps in this investigation. We also need to hear from Chief Dabadie immediately. We must demand justice and the facts and then we must come together to act decisively.Our entire community should be concerned about what has occurred. Once we have the facts, this incident has to be a lightning rod for change, but not a catalyst for violence and unrest like we have seen in other cities.