Robert Mueller: Here's what to expect in Friday's court filings on Paul Manafort and Michael Cohen 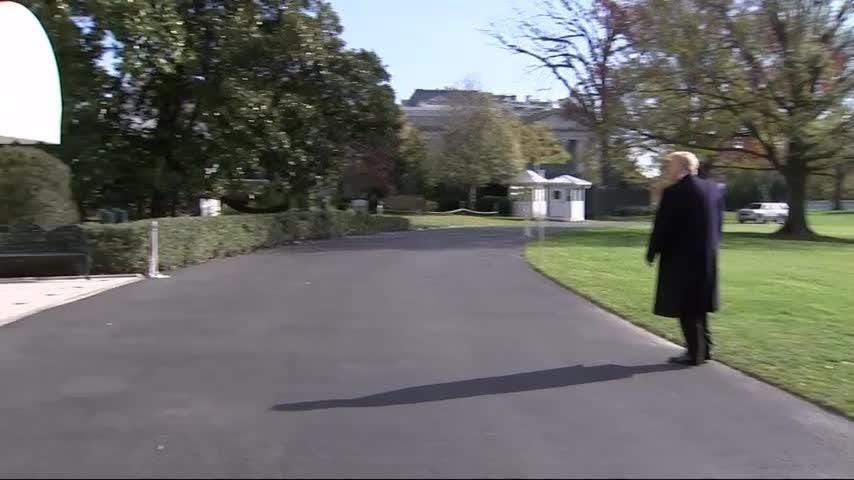 Credit: Saul Loeb, AFP/Getty Images
In this file photo taken on Aug. 1, 2013, then-FBI Director Robert Mueller speaks during a farewell ceremony in Mueller's honor at the Department of Justice.

The filing is likely to outline what Mueller’s team characterized as Manafort's repeated lies and additional “crimes,” leading to a breach of his plea agreement reached in September. His sentencing is set for March 5.

In New York, Mueller’s team is scheduled to file a sentencing memorandum for its newest cooperating witness – former Trump lawyer and fixer Michael Cohen – before his sentencing Wednesday  on two convictions.

Cohen pleaded guilty to a series of campaign finance law offenses as part of a plea agreement in August with federal prosecutors in New York. He reached a separate deal with Mueller's team last week in which he pleaded guilty to lying to Congress about plans for a Trump Tower project in Moscow.

The sentencing documents will probably reveal the scope of Cohen’s cooperation in both cases, which has included allegations about Trump’s hush money payments to two women alleging extramarital affairs with him and the president’s efforts to conceal plans for a Moscow tower project even as Trump denied any Russian business interests during the 2016 campaign.

"Given his proximity and centrality to Trump's operation before and after the election, it would be difficult to find any better cooperating witness than Michael Cohen," former Miami federal prosecutor Kendall Coffey said. "If (prosecutors) are looking for information about Trump's business dealings and how they may tie in to Russia, Cohen is likely to know that, and all of us may get an idea of where Mueller is headed in these new filings.

"In Manafort's case," Coffey said, "we are likely to learn of what may have pushed him to commit legal suicide."

The filings are scheduled days after Mueller cited the "substantial" cooperation provided by former Trump national security adviser Michael Flynn. Investigators recommended that he serve no prison time after pleading guilty last year to lying to the FBI in part about his pre-inaugural contacts with Russian Ambassador Sergey Kislyak.

Though the 13-page Flynn filing was heavily redacted, Mueller acknowledged that Flynn met with prosecutors 19 times in the past year and cooperated in the Russia inquiry and two other investigations. The subjects of those additional investigations, one of them a criminal inquiry, were not disclosed.

The shadow of Mueller's investigation is likely to reach beyond the courtroom as former FBI Director James Comey is set to deliver closed-door testimony Friday to House members of the Judiciary and Oversight Committees. Republican committee leaders pushed for the politically charged meeting to question whether Comey was biased in favor of Democratic nominee Hillary Clinton in his management of the Clinton email investigation and the early stages of the Russia inquiry.

Trump fired Comey in May 2017 because of his oversight of the Russia inquiry, a move that spurred the appointment of Mueller.

Manafort, 69, a former lobbyist and political operative, reached a plea agreement in September in U.S. District Court in the District of Columbia. He admitted leading a long-running conspiracy involving his work on behalf of a pro-Russian faction in Ukraine led by the country's former president Viktor Yanukovych. He pleaded guilty to obstructing Mueller's investigation.

Manafort was convicted in August in federal court in Virginia for bank and tax charges related to the work in Ukraine. He faces sentencing Feb. 8 on those eight counts. The combined punishments could become a life sentence.

Manafort was not convicted in either Virginia or D.C. of participating in election interference. But his oversight of the Trump campaign and his participation in key meetings made him a potentially valuable witness to Mueller's team.

Prosecutors weigh in on Cohen compliance

Cohen pleaded guilty Nov. 29 to lying to Congress about the extent of plans for the real estate deal in Moscow, which continued into June 2016 – well into the presidential campaign and longer than Trump acknowledged.

Cohen has cooperated with Mueller since pleading guilty in August to making six-figure hush payments to women alleging they had extramarital affairs with Trump.

The prosecution filings will probably describe Cohen's cooperation since August on those and perhaps other issues.

Before Democrats take control of the House of Representatives next month, Republicans want to question Comey about his decision not to prosecute Clinton for her use of a private email server when she was secretary of state. They also want to ask about Comey's role in the investigation into Russian meddling in the 2016 election.

Some Republicans questioned whether investigators were biased. Trump suggested Comey wanted a job in a potential Clinton administration.

Unbelievably, James Comey states that Polls, where Crooked Hillary was leading, were a factor in the handling (stupidly) of the Clinton Email probe. In other words, he was making decisions based on the fact that he thought she was going to win, and he wanted a job. Slimeball!

Comey initially refused to answer questions in private because he was concerned lawmakers would leak partial statements. He reached an agreement for a transcript to be released within 24 hours.

George Papadopoulos, a former foreign policy aide on Trump's campaign, finishes his 14-day sentence Friday for lying to the FBI about his Russian contacts.

Papadopoulos arrived Nov. 26 at a minimum-security camp in Oxford, Wisconsin, the Bureau of Prisons confirmed to USA TODAY. This sentence was shortened by time served when he was arrested. He was fined $9,500 and ordered to complete 200 hours of community service.

Papadopoulos "lied to the FBI regarding his interactions with a foreign professor whom he understood to have significant ties to the Russian government, as well as a female Russian national," according to Mueller's team.

When asked about his contacts with Mifsud and Olga, Papadopoulos falsely told the FBI agents that his meetings with them happened before he joined the Trump campaign.

1 / 14
Alex Brandon, AP
Paul Manafort makes his way through television cameras as he walks from Federal District Court in Washington, on Oct. 30, 2017. Manafort, President Donald Trump's former campaign chairman, and Manafort's business associate Rick Gates have pleaded not guilty to felony charges of conspiracy against the United States and other counts.