A tropical wave that's spinning in the Caribbean is forecast to strengthen and could hit both Florida and the sodden Gulf Coast over the next few days, possibly as a hurricane, meteorologists say. 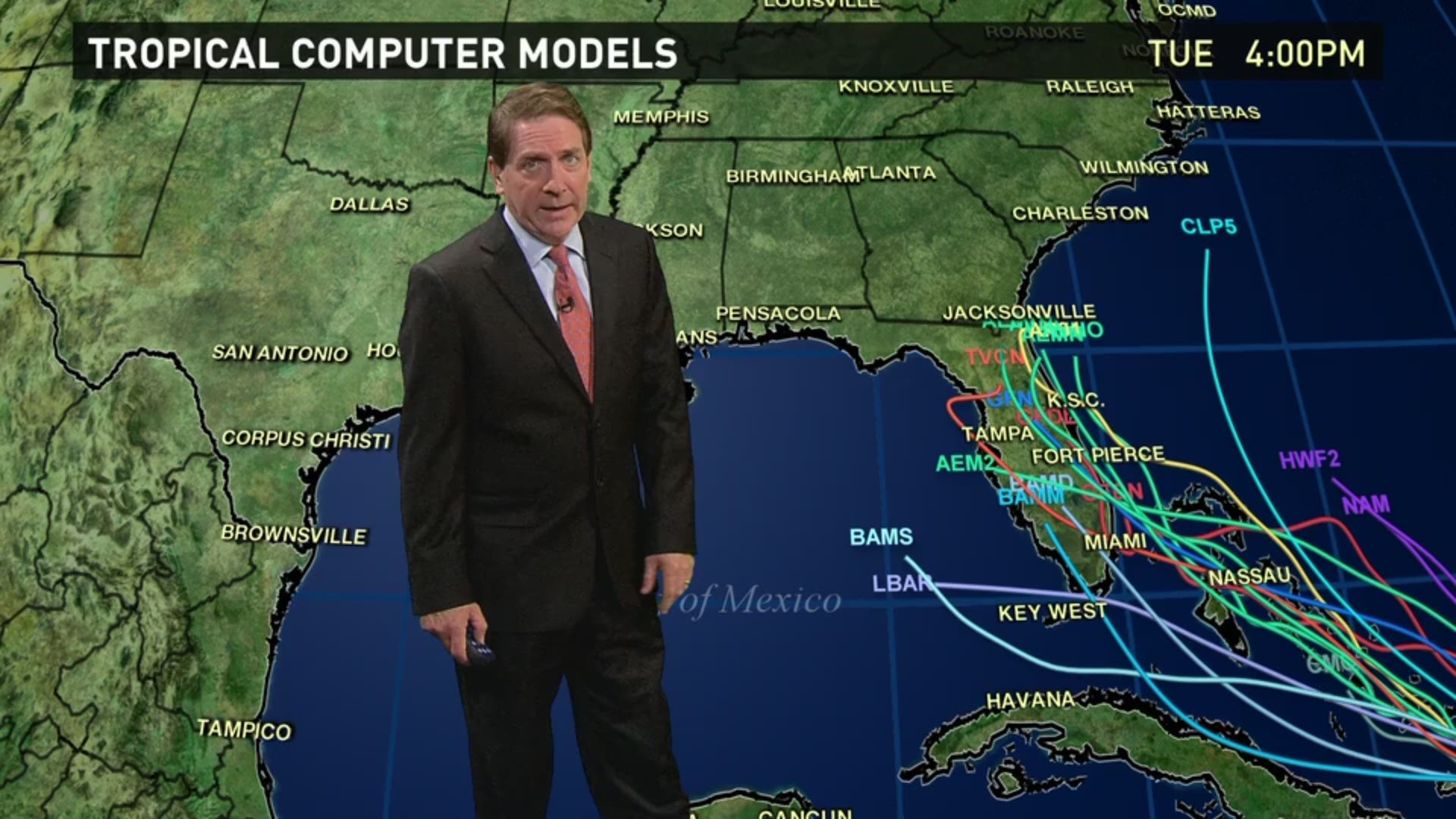 A tropical wave that's spinning in the Caribbean is forecast to strengthen and could hit both Florida and the sodden Gulf Coast over the next few days, possibly as a hurricane, meteorologists say.

The system has a 60% chance of developing into a tropical depression or named storm within the next two days, according to the National Hurricane Center. If it gets a name, it would be Hermine (Her-MEEN), the 8th named storm of the 2016 Atlantic hurricane season.

After a potential hit as a hurricane in Florida, the system could then get pushed into the Gulf of Mexico, with the potential for a second landfall somewhere along the Gulf Coast next week, possibly as a strong hurricane, weather.com meteorologist Jon Erdman reported.

"A track somewhere through Florida or the Florida Straits and into the Gulf appears to be the most likely outcome," according to the Weather Underground.

Why Long-Range Model Forecasts for the Tropics Can't Often Be Trusted: A Case Study https://t.co/eezEbZHu2Z pic.twitter.com/03IS3EU8Gi

With the moist, saturated soil in Louisiana, the area "could quickly experience flooding again," according to National Weather Service meteorologist Timothy Destri of the New Orleans office. The worst case would be if the storm hits to the west of the region, which would bring the heaviest rain into Louisiana, he said.

The system, which was located about 1,000 miles southeast of Miami late Wednesday afternoon, is forecast to take a general west to west-northwest path near the Dominican Republic and Haiti on Thursday.

If it hits Florida as a hurricane, it would be the first hurricane to strike the Florida Peninsula since Wilma in October 2005," according to AccuWeather hurricane expert Dan Kottlowski.

Regardless of whether or not the system becomes a tropical storm or hurricane, gusty winds, heavy rains, and possible flash floods and mudslides should occur over the islands of the northeastern Caribbean Sea and the Bahamas, the hurricane center warned.

"All people living and having interests in and around the Bahamas, Cuba and Florida should closely monitor the movement of this evolving tropical system through this weekend," Kottlowski added.