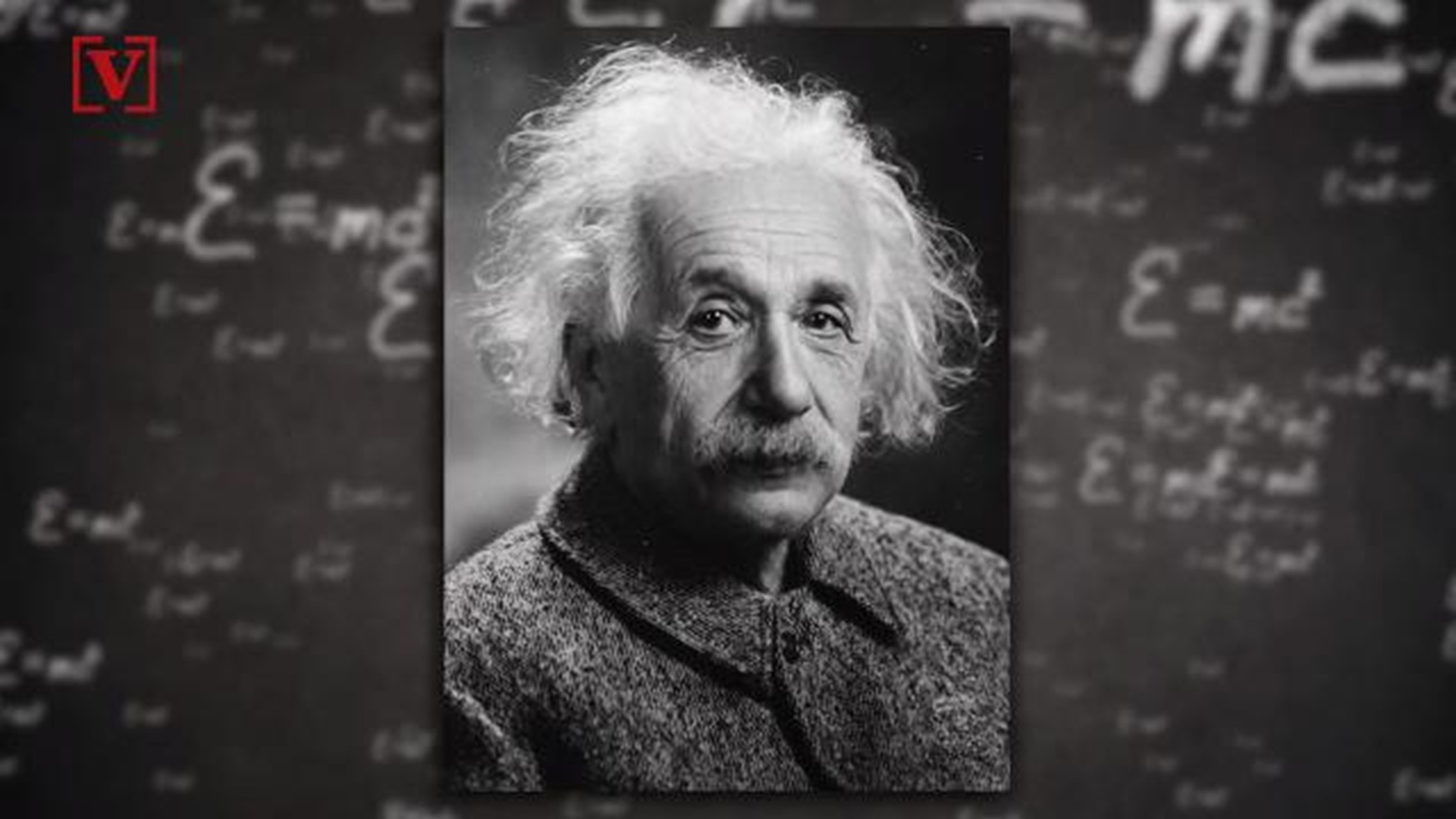 Albert Einstein, the theoretical physicist who helped decipher the universe, inspired America's atomic bomb project and famously vowed to fight racism, had some pretty racist things to say about the Chinese back in the 1920s, according to his own travel diaries.

Such as: The Chinese are an “industrious, filthy, obtuse people.”

Yes, he really said that. Wandering around China, Singapore, Hong Kong, Japan, Palestine and Spain between 1922 and '23, Einstein jotted down some of his thoughts about the people and places he encountered.

His musings were published this week, for the first time in a stand-alone volume, in "The Travel Diaries of Albert Einstein: The Far East, Palestine, and Spain, 1922–1923," the latest book emerging from the Einstein Papers Project at the California Institute of Technology in Pasadena.

Some of Einstein's thoughts make for eye-opening, unsettling reading: China is a “peculiar herd-like nation," its citizens "often more like automatons than people,” he writes. He says "even the children are "spiritless and look obtuse.” After commenting on the alleged fecundity of the Chinese, he laments:

“It would be a pity if these Chinese supplant all other races. For the likes of us the mere thought is unspeakably dreary.”

How could this sort of thing come from the pen of a man then in his 40s and already a world-famous physicist (for his 1905 and 1915 theories on relativity)? He was awarded the Nobel Prize in physics in 1922 while he was on his travels.

Credit: Associated Press
Albert Einstein writes out an equation for the density of the Milky Way on the blackboard at the Mt. Wilson Observatory in Pasadena, Calif., on Jan. 14, 1931.

"It exposes more of the darker side of his personality, which makes him more human and prompts all of us to examine our own attitudes and beliefs," says Ze’ev Rosenkranz, editor of the diaries.

As the senior editor of the Einstein papers at CalTech, Rosenkranz is the scholar who may know him best, having spent 30 years reading, thinking and writing about Einstein. He says four more volumes of diaries are coming, covering the scientist's travels in South America in 1925 and in America in the 1930s.

It's always a shock when heroic icons turn out to have feet of clay just like every other human, but Rosenkranz says Einstein's failings as a husband and a father were made public decades ago. But this new revelation is especially wrenching in light of the current world climate, when hatred of people based on race, religion and ethnicity seems to be on the rise again.

"How do we all relate to the 'other'? Even Einstein wasn’t very good at it," Rosenkranz says.

Einstein himself was a refugee from hatred in the 1930s, forced to flee Germany because he was Jewish, because he opposed the Nazis and because he was a socialist and a pacifist. Moreover, toward the end of his life (he died in 1955 in Princeton, New Jersey) he became a champion of the civil-rights movement, as described in the 2006 book "Einstein on Race and Racism."

In 1946, Einstein spoke at Lincoln University in Pennsylvania, the first school in America to grant college degrees to African-Americans. His speech received hardly any attention in the dominant white press of the time — maybe because he strongly denounced racism as "a disease of white people."

“I do not intend to be quiet about it,” he declared. And he wasn't.

Rosenkranz's introduction to the diaries tries to provide context for Einstein's views at a time when such views were widespread. In fact, the discriminatory Chinese Exclusion Act banning all immigrants from China was still law in the U.S., and wasn't repealed until 1943 during World War II, when China was an ally against Japan.

Also, Rosenkranz notes that Einstein's descriptions of what he sees and thinks aren't entirely negative. He points out positives and seems to be especially enamored of the Japanese, whom he describes as "pure souls" who are "unostentatious, decent, altogether very appealing."  Even so, he wonders why Japan's artistic character seems to be stronger than its intellectual disposition.

"His remarks are still shocking, especially to a modern reader," Rosenkranz says. "But you have to see it in the context of other statements he made about ... how he relates to people who are intellectually inferior or he viewed as such."

Einstein was an elitist about intelligence, Rosenkranz says. His perception that people in the Far East were inferior was a view that was "pretty prevalent at the time (among white Americans and Europeans) but with him what makes it special is the intellectual aspect of it — that is the most important factor for him," Rosenkranz says.

The key take-away from the Einstein diaries, he adds, is that Einstein, including his politics, must be viewed as more complicated that we have thought thus far.

"We need to look at his politics in a more complex manner," he says. "We can't ignore either the positive nor the negative aspects."