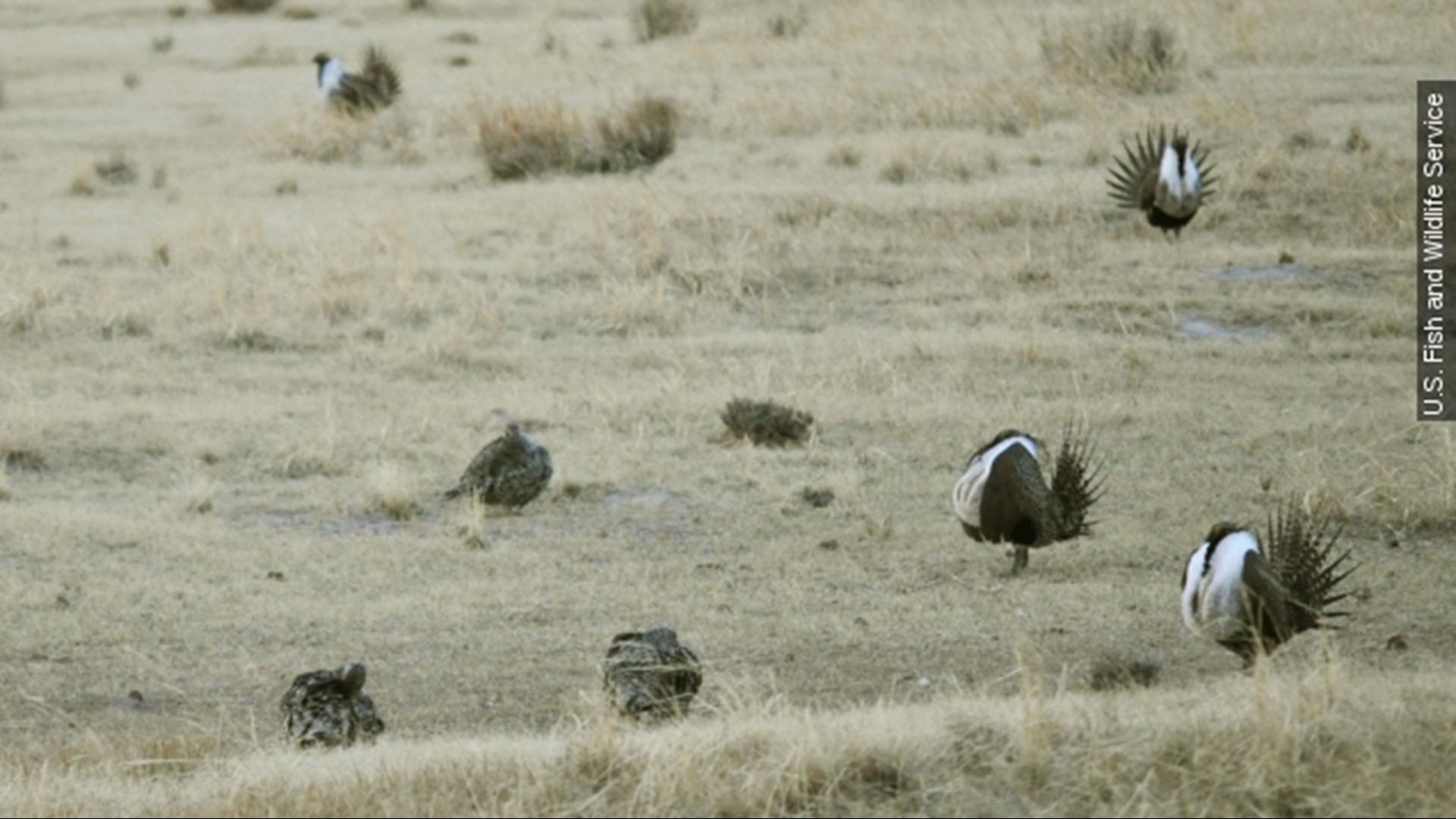 RENO, Nev. – Citing the government shutdown, the Department of the Interior is denying online access to documents outlining a proposal to change conservation rules over 83 million acres of greater sage grouse habitat in six states.

The denial comes despite the fact the planning process to implement the changes is in the midst of a 30-day period in which the public is allowed to provide feedback.

The conservation group Western Watersheds Projected noticed the denial Monday when attempting to access the documents on the department’s website.

Instead of a web portal to the public documents, visitors are greeted with a notice that states, “During the Federal government shutdown, no updates will be made to this website except in the case of an emergency.”

“The (Bureau of Land Management) could have simply taken no action and left the web links up for the public to access when the government shut down, but instead they took action to block the public from seeing the amendments that are proposed,” said Eri Molvar, executive director of Western Watersheds.

Credit: David Zalubowski, AP
David Zalubowski/AP Male greater sage grouse perform mating rituals for a female grouse, not pictured, outside Walden, Colo., in 2013. Scientists have completed an assessment of mineral resources on 10 million acres that could be protected habitat for the sage grouse.

Molvar said denying public access to the site appears to run afoul of departmental guidance which says websites will remain online, “as permitted by their current contracts and support arrangements.”

Web access for public comment on other government projects, such as the proposed expansion of the Fallon Naval Air Station range, remained active and operational.

Credit: Screen capture
Visitors to the Department of Interior's web portal for public documents were greeted by this notice on Dec. 24, 2018.

Molvar said that with hundreds of pages of documents to review in just 30 days, the denial will prevent adequate public review of the proposal. He said the comment period should be extended.

President Donald Trump and congressional Democrats remained locked in a bitter stalemate Tuesday over billions of dollars in funding for the wall, which Trump has said is necessary to end a partial government shutdown now heading into its fourth day. With most lawmakers home for the holiday, a speedy resolution would amount to a Christmas miracle.