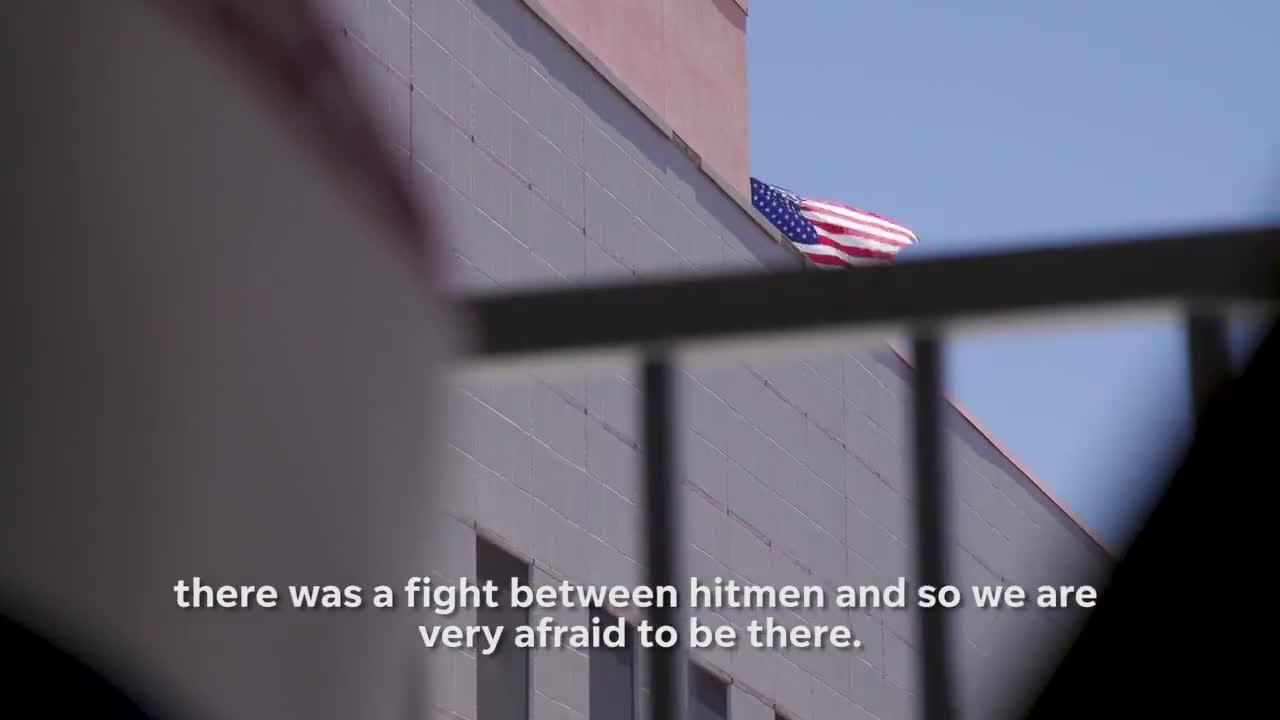 1 / 9
Sean Logan/The Republic
Magali Nieto Romero, 33, of the state of Guerrero, sits with her children, Lesly, 5, and Jose, 12, on June 20, 2018, at the DeConcini Port of Entry in Nogales, Sonora, Mexico. She has been waiting for an asylum interview with U.S. immigration officials for nine days.

Credit: Sean Logan/The Republic
Magali Nieto Romero, 33, of the state of Guerrero, sits with her children, Lesly, 5, and Jose, 12, on June 20, 2018, at the DeConcini Port of Entry in Nogales, Sonora, Mexico. She has been waiting for an asylum interview with U.S. immigration officials for nine days.

NOGALES, Sonora – When Magali Nieto Romero became terrified of the frequent gun battles between rival "narco" hit men, she decided to leave her rural town in the Mexican state of Guerrero and head for the U.S. to ask for asylum along with her three children.

But she didn't try to cross the border illegally, where until Wednesday, the Trump administration had been separating children and prosecuting parents as part of a zero-tolerance policy intended to deter illegal immigration.

Instead, Nieto Romero did what the Trump administration has been telling families seeking asylum to do: Go to official ports of entry.

She arrived at the Nogales border crossing on June 12. But when she presented herself to U.S. border officers from the Mexican side, she and her children were turned away and told to come back later.

On Wednesday, the same day President Donald Trump signed an executive order ending the practice of separating children from parents, Nieto Romero was still waiting, along with dozens of other asylum seekers who have arrived at the Nogales port only to be turned away.

U.S. Customs and Border Protection officials say ports of entry have a limited capacity to process asylum seekers and, once each port reaches its limit, asylum seekers must wait until there is space for them to be processed.

"CBP processes undocumented persons as expeditiously as possible without negating the agency's overall mission, or compromising the safety of individuals within our custody," the agency said in a statement.

Critics, however, believe that at the same time the Trump administration began prosecuting parents and separating children who entered illegally, U.S. border officials institutionalized a policy of constricting the number of asylum seekers allowed to be processed at official border crossings each day to deter asylum seekers.

"It's clear this is not merely a capacity constraint and it's a deliberate effort to inch toward making people queue and wait in Mexico while at the same time they are saying that if people cross irregularly ... then they are going to be criminally prosecuted," said Brian Griffey, regional researcher at Amnesty International. "So it's really a 'damned if you do, damned if you don't' scenario."

On Wednesday, as travelers with passports and border-crossing cards streamed past, Nieto Romero sat on a pink mattress spread across the cement with her back against a fence, along with her children, Lesly, 5; Jose, 12; and Gerardo, 12, in a penned-in area next to the pedestrian lanes.

The area has begun to resemble a makeshift refugee camp. There are blankets on the concrete sidewalk where families lie, and sheets hung over a chain-link fence to block the afternoon sun. Volunteers have delivered coloring books and puzzles for the children along with black plastic bags filled with stuffed animals and other toys. 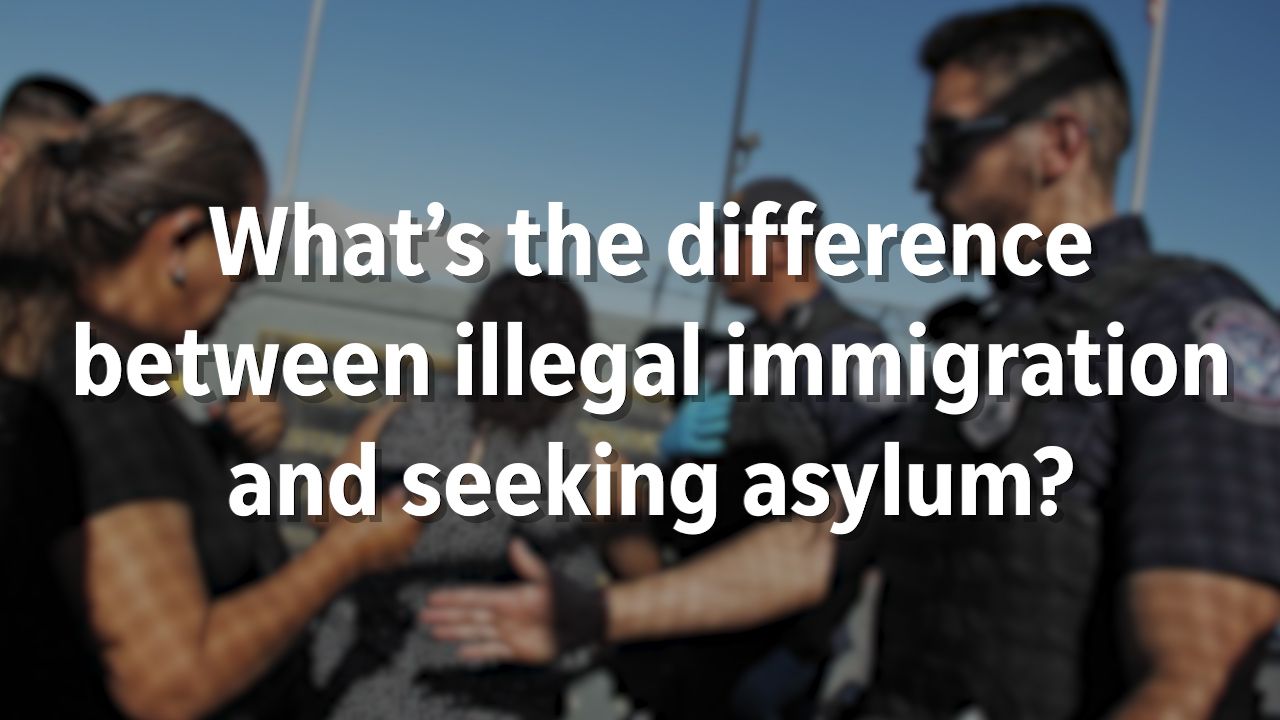 During the day, residents from southern Arizona communities have been arriving to distribute cases of water and food. At night, volunteers on the Sonoran side shuttle asylum seekers from the port of entry to shelters, or stand watch over those who decide to spend the night camped inside the border-crossing area, afraid of losing their place in line.

Among the dozen or so asylum seekers camped out there on Wednesday were several mothers with children, several teenage boys traveling without parents, and two men from Russia.

Over the past month, asylum seekers camped out at the port of entry have become a common sight, said Joanna Williams, director of education and advocacy for the Kino Border Initiative. The Catholic-run group operates a migrant shelter in Nogales, Sonora, just across the border from Nogales, Arizona.

In the past, asylum seekers arriving at the Nogales border crossing were typically processed within 24 hours, she said.

But since May 12, she has noticed a significant slowdown in the number of asylum seekers being processed by U.S. border officers at the Nogales port, to about three daily.

As a result, asylum seekers are being forced to camp out at the port, or sleep at various shelters in Nogales, including the one run by the Kino Border Initiative, she said.

Last week, the Kino Border Initiative opened an additional shelter to accommodate the growing backlog of asylum seekers turned away at the port and told to come back later. On Wednesday, there were 100 women and children staying at the shelter, she said.

"This kind of backlog at the port and disregard for the rights to seek asylum is unprecedented in Nogales," Williams said.

1 / 28
Nick Oza/The Republic
A Central American migrant group and supporters of the migrant caravan from both sides of the border have converged at the fence between Tijuana and San Diego near Friendship Park in Tijuana, Mexico, on April 29, 2018. These migrants will decide whether to present themselves to U.S Border officers at the San Ysidro port of entry and apply for asylum.

In the statement, CBP officials said ports of entry facilities were not designed to hold hundreds of people at a time who may be seeking asylum.

But Williams said the growing backlog of asylum seekers is not the result of a significant increase in the number of families arriving at the port asking for asylum but rather a slowdown by the Trump administration in processing asylum seekers.

"Overall, our concern is the humanitarian impact that that has on families who are then caught in limbo, who are being told by the administration that if they want asylum they should present at the ports, but when they do present at the port are being delayed an unreasonable amount of time," Williams said.

Some of the families turned away and forced to wait include pregnant women and mothers with children as young as 3 months old, she said.

The growing backlog of families seeking asylum at the port is straining the resources of the Mexican Red Cross in Nogales, said Felipe Lopez, a doctor who works there.

The office is a mile from the DeConcini Port of Entry, where asylum seekers are camped out.

Since May, the Red Cross has treated more than 40 children from families seeking asylum, the youngest 3 months old, he said.

On Wednesday, Nancy Gonzalez sat in the Red Cross waiting room with her daughter, 2-year-old Angie. The girl was sick with a stomach virus. The air-conditioned room provided a respite from the heat at the port, where they camped out the night before after arriving in Nogales earlier that day from Guatemala.

Gonzalez said she was planning to ask for asylum because she is persecuted in Guatemala for being poor and a single mom. She traveled to Nogales with her sister, Isadora, and her niece, Kelsi.

“We’ve been through a lot of suffering, they insult us, humiliate us, and that’s why we come,” she said. 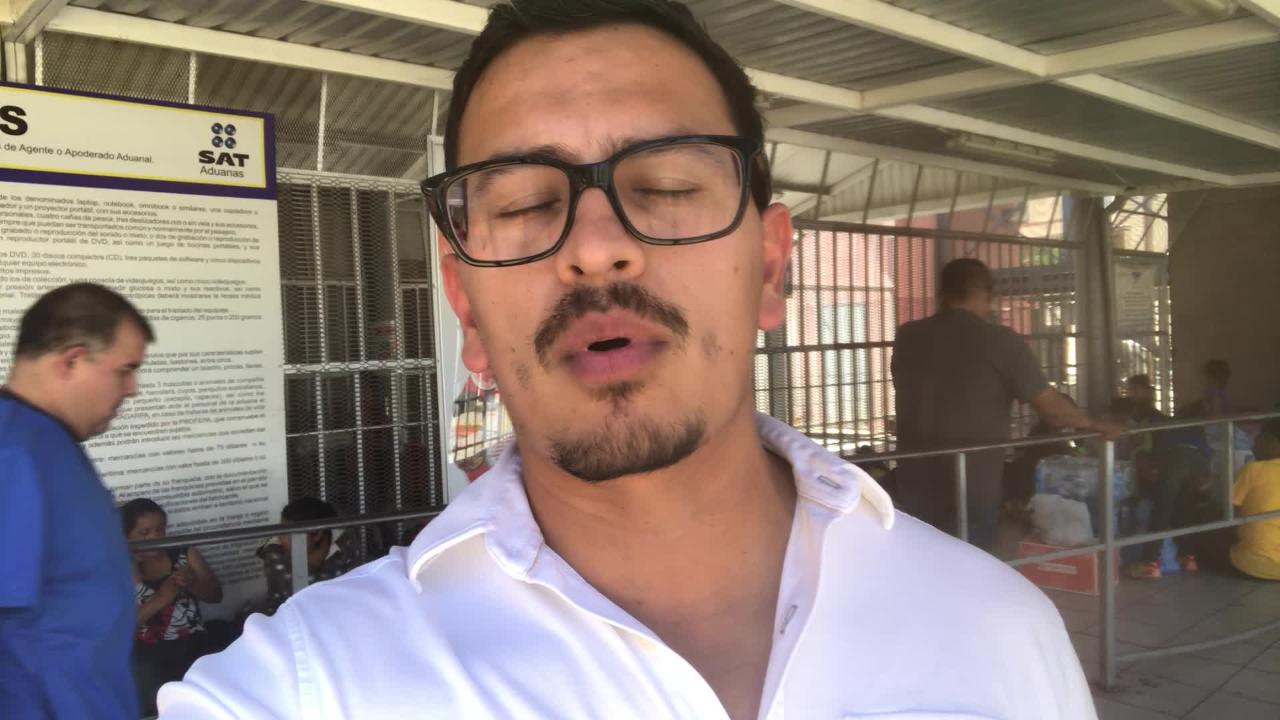 In Tijuana on Wednesday, 20 women and more than 30 children were staying at Movimiento Juventud 2000, a migrant shelter, waiting to ask for asylum.

The shelter's director, Jose Maria Garcia Lara, said the Trump administration's zero-tolerance policy is driving more families to seek asylum at official ports of entry, rather than crossing the border illegally. But when they arrive, they have to wait between eight and 15 days for an interview, Garcia Lara said.

“Before, there weren’t as many migrants in transit,” he said. “There were migrants in transit, but they were looking for a way to cross illegally, by the mountain or by the water. Now, what’s happening is, many of them are arriving at the shelters and waiting to enter formally into the United States.”

More: What's changed after Trump's immigration order: For families, for the military and for Congress

1 / 15
Matthew Hinton, The Advocate, via AP
Protestors clash with law enforcement outside the Ernest Morial Convention Center in New Orleans, La. Monday, June 18, 2018 after U.S. Attorney General Jeff Sessions spoke at the National Sheriffs' Association opening session. Protestors were against the detainment and separation of immigrant children from the parents on the U.S. Border.