This is the second time that Pat Malay has won a big prize on a scratch ticket. 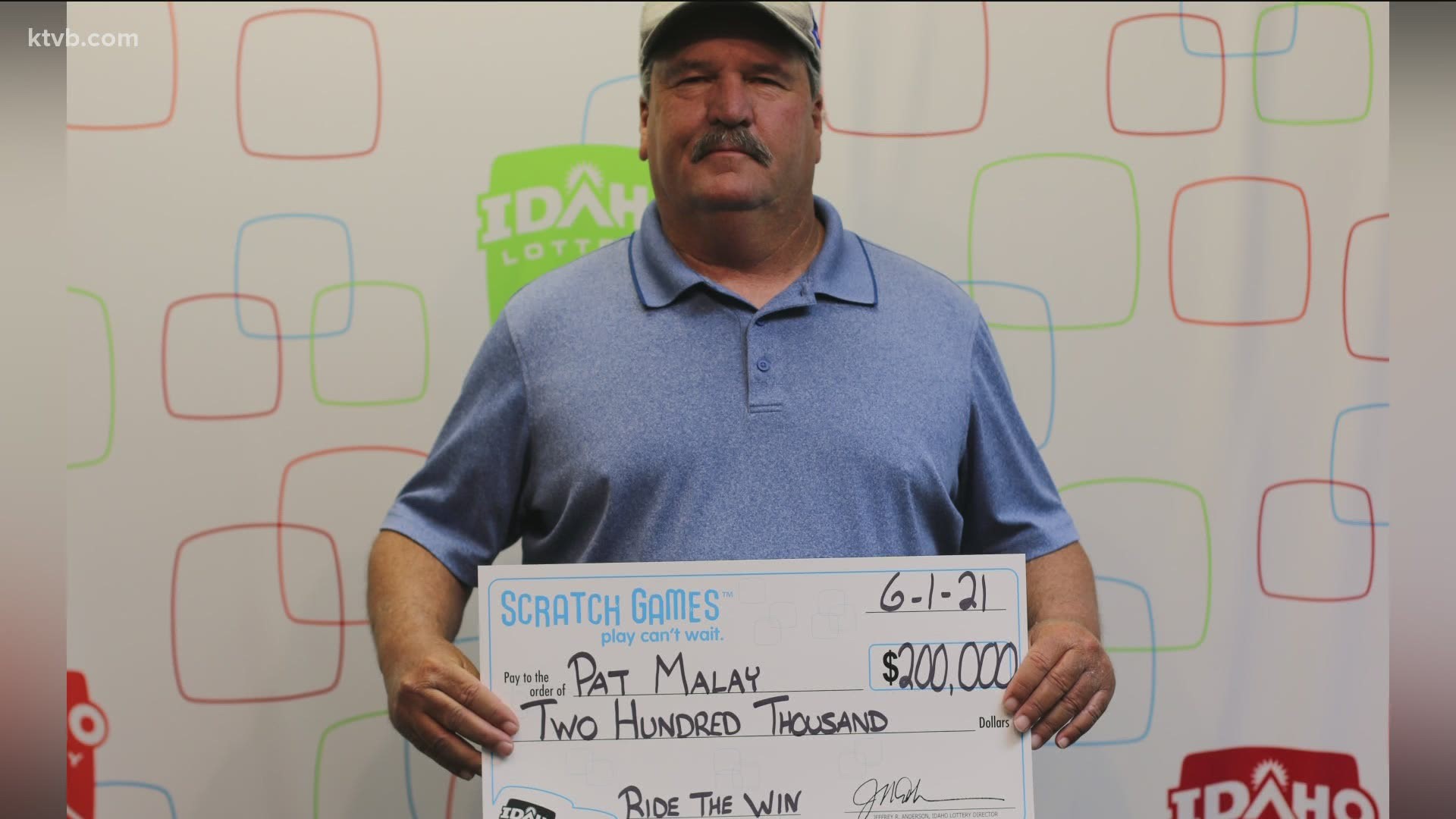 BOISE, Idaho — Pat Malay made the short drive from Weiser to Boise Tuesday to collect $200,000. He is the latest big winner from the Idaho Lottery.

This after Malay stopped by the Maverik in Payette on Saturday and purchased a Ride the Win Scratch ticket. He took it to his truck and played it.

“I didn’t really believe it,” said Malay when he realized he had the winning ticket. “You just don’t expect that to really happen, but it did!”

He claimed his latest prize at Idaho Lottery headquarters in Boise Tuesday. After paying off some bills, Malay plans to save the rest of his winnings.

Maverik receives a $20,000 bonus for selling the winning ticket.