But if things don't change in the state Legislature, there won't be any tickets claimed in the years to come here in Idaho. 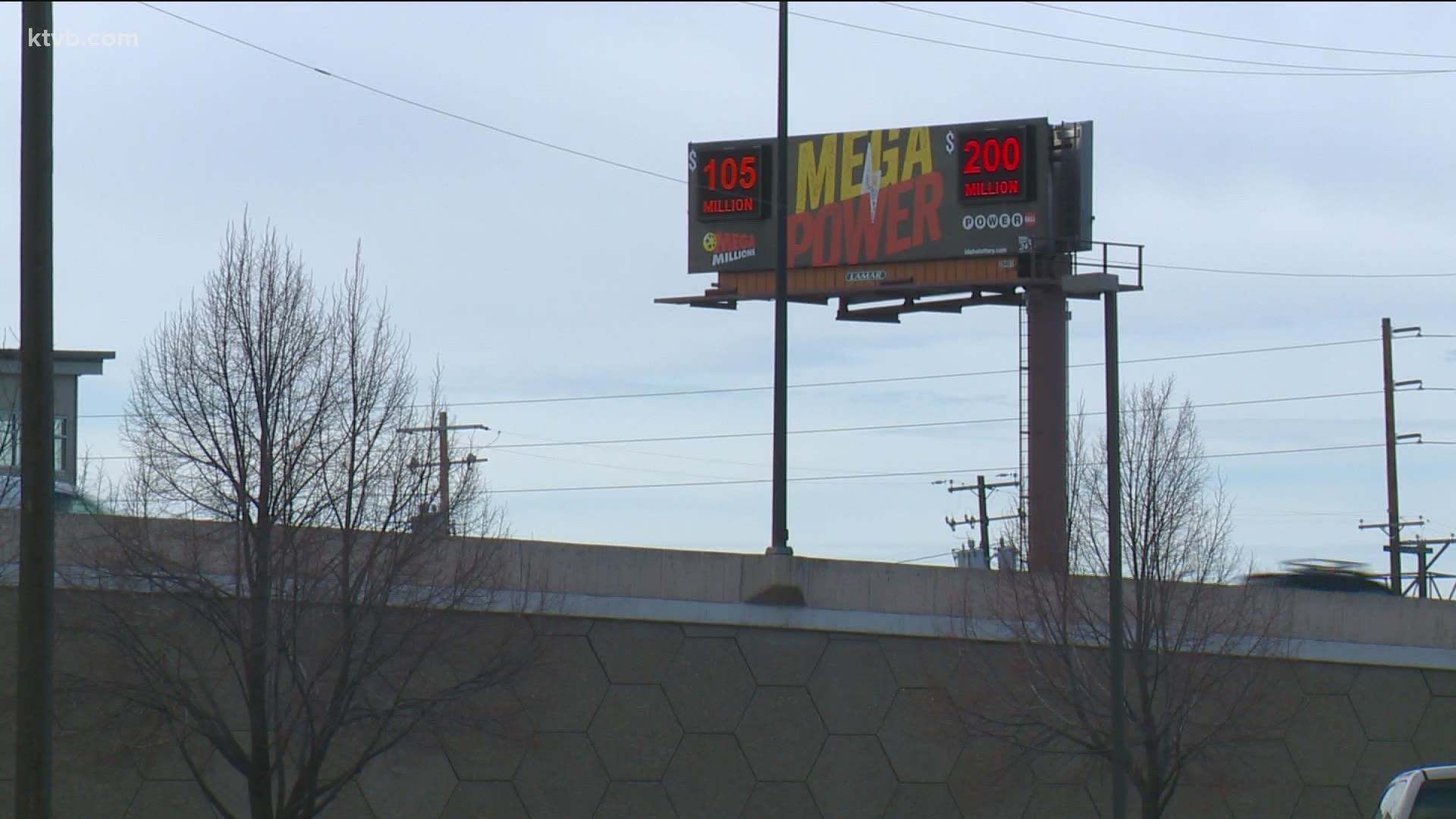 BOISE, Idaho — A $200 million jackpot is up for grabs this weekend for those playing the Powerball.

But if things don't change in the state Legislature, there won't be any tickets claimed in the years to come here in Idaho.

Last week, a bill that would have kept Powerball in Idaho was rejected at the Statehouse.

Current Idaho law only allows lotteries played by people in the U.S. and Canada. But Powerball is planning to expand to the U.K. and Australia.

The bill would have changed the code and allowed Powerball to still be played here.

Idaho schools receive a large portion of the money generated from the Idaho Lottery. Since 1990, over $961.5 million has been given.

The biggest contributor of that? Powerball.

"I have two little ones, so any way I can benefit schools in Idaho, I'm all about it," said James VanPelt, who won $50,000 on a Powerball ticket in 2017. "That's part of the reason I am here, I don't want it to go away. At the end of the day, besides the dream, it all comes back to helping schools here in Idaho, they desperately need the help."

"I'm sensitive to and understand the sensibility of the citizens and their legislators, which is why we brought forth an amended version of the bill that would restore Canada specifically, which was stricken in the original bill and then talk specifically about Australia and the United Kingdom, as well as their concern about having an affirmative statement that no other countries could without the Legislature's involvement and approval, and I think that's entirely fair and appropriate in a representative republic," said Idaho Lottery Director Jeff Anderson.

If a new lottery law does not pass this session, Powerball is expected to leave the Gem State in August.