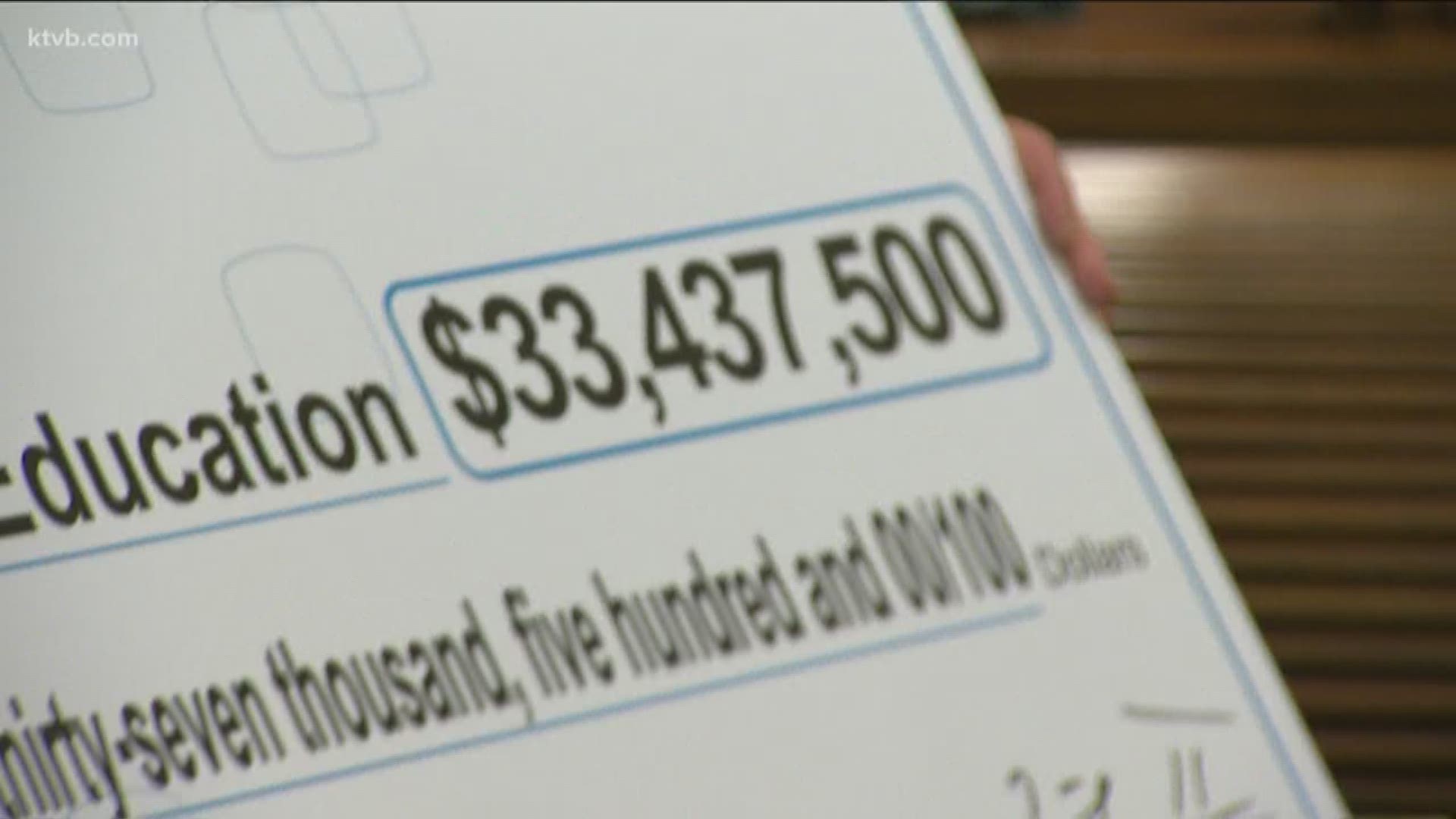 BOISE, Idaho — The Idaho State Lottery paid out $176 million in prize money and returned $53.5 million to the state in fiscal year 2018.

Director Jeffrey Anderson also told the Legislature's budget-setting Joint Finance-Appropriations Committee on Tuesday that the lottery has returned about $870 million to the state since selling its first ticket in 1989.

The agency made a budget request of about $6 million in fiscal year 2020, the same as Gov. Brad Little is recommending.

Anderson told the committee that he expects that over the next decade, the state lottery will return more than $500 million to the state.

Money generated by the state lottery goes to pay for Idaho public buildings and schools.