Brent Camphouse has come forward to claim his winnings from the Idaho Lottery. 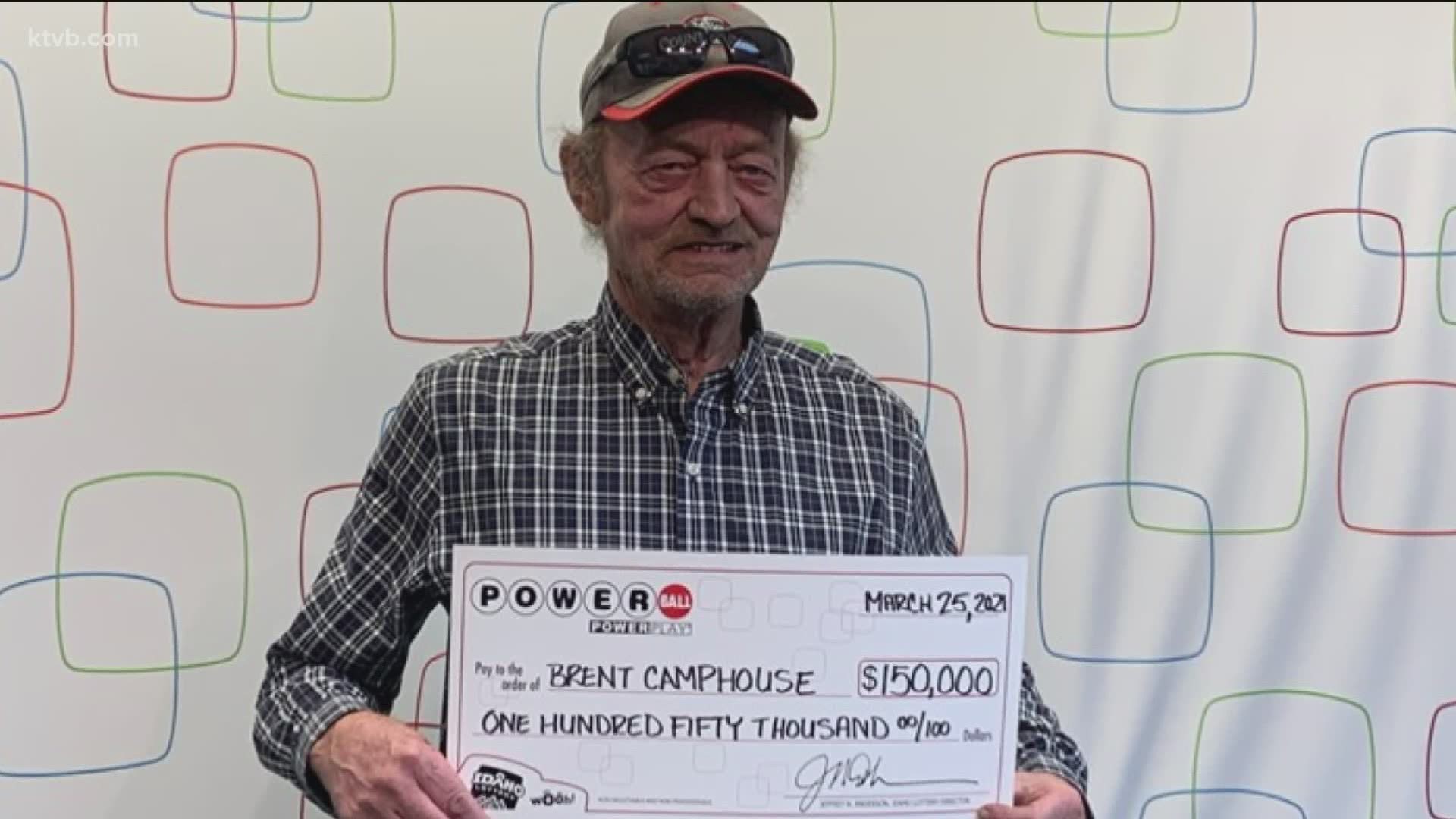 BOISE, Idaho — Idaho Lottery officials say there are two more big Powerball winners. This marks the fourth time in just two weeks that a Powerball player was one number away from winning the jackpot.

Brent Camphouse from Rexburg has come forward to claim $150,000. He matched four of the first five numbers and the Powerball from the Saturday, March 21st draw. His ticket also had the PowerPlay feature, which was 3X, and tripled his prize from $50,000 to $150,000.

Camphouse buys his lottery tickets at Maverik, where he is known as the “The Maverik Man.” His winning ticket was purchased from the Maverik in Rexburg on Main Street, just off Highway 20.

“I checked my winning numbers on the Lottery’s website. I sure was happy I had PowerPlay,” said Camphouse when he claimed his prize at Lottery offices in Boise on Thursday.

After finding out they won, Brent’s wife notified her part-time job that she was officially retiring so that she could be home with her husband who is also enjoying retirement. “I don’t even think my boss believes me,” she said.

For selling the winning ticket, Maverik receives a $15,000 bonus from the Idaho Lottery.

The Idaho Lottery is also waiting for another big winner to claim their Powerball prize.

Lottery officials say a Powerball ticket sold in Ada County for the March 24 draw is worth $100,000.  It matched all four of the first five numbers and the Powerball. This ticket also has the PowerPlay feature which doubled the prize.

The Powerball jackpot for Saturday night is $238 million.