Zoo Boise has been a national wildlife partner with Gorongosa National Park in Mozambique for nearly a decade. Now the zoo is doing its part to help the park recover from flooding after a deadly cyclone. 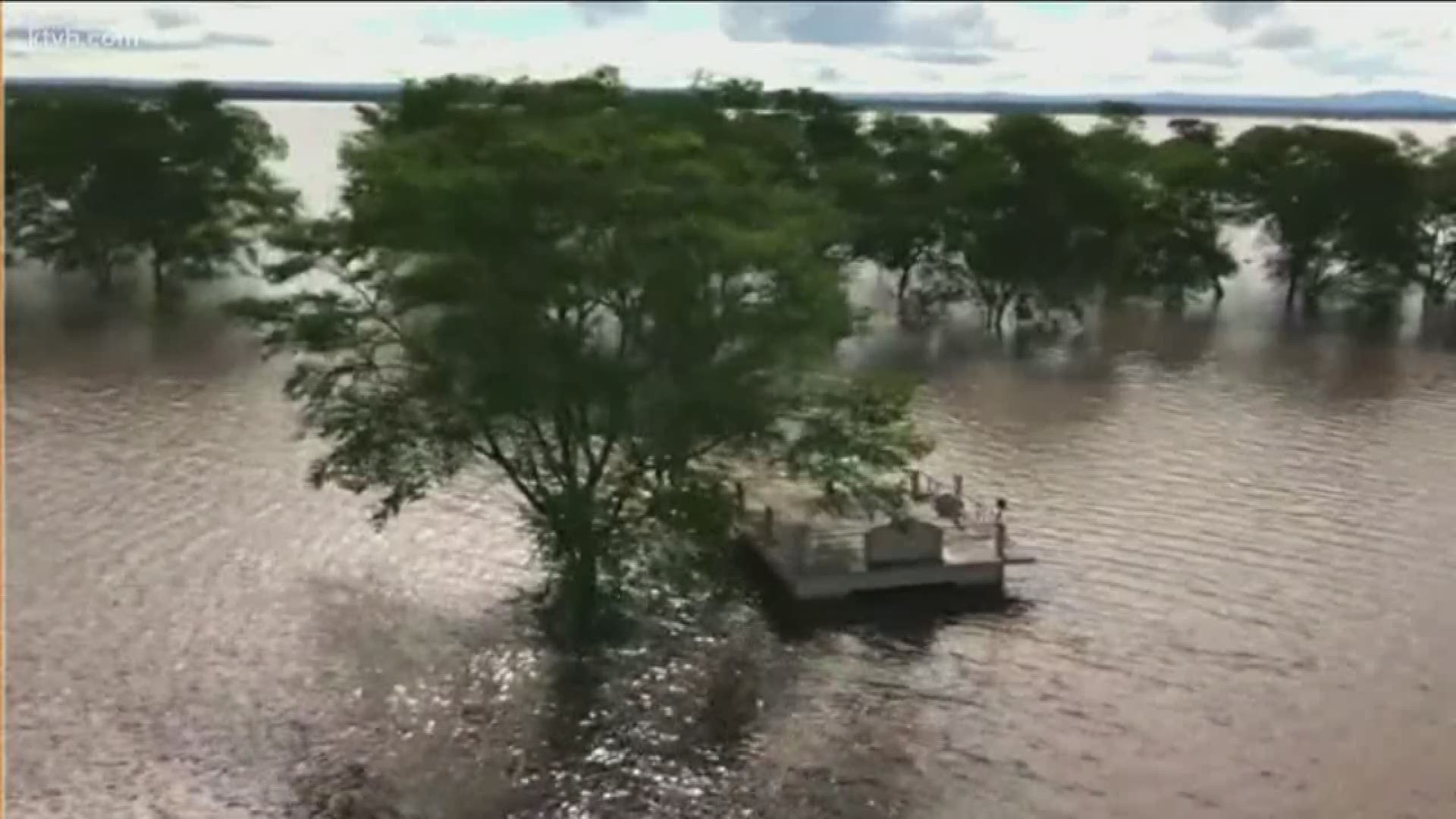 BOISE, Idaho — Zoo Boise has been a wildlife partner with the Gorongosa National Park in Africa for several years.

Now, the zoo is doing all it can to help Gorongosa and its surrounding communities recover from Cyclone Idai, which hit Mozambique on March 14.

Idai was a category four tropical cyclone that, according to African government officials, has left more than 700 people dead and hundreds more still missing.

Gorongosa National Park is Africa's largest wildlife conservation park, which also sits right in the middle of where the cyclone hit.

One of the hardest hit cities in Mozambique is Beira. According to the International Red Cross, 90 percent of the city was destroyed and communication with the city has been knocked out.

According to the park's website, it has multiple staff teams throughout Mozambique, and the only team that officials have been unable to reach is the one in Beira. All other staff members are okay.

“Gorongosa National Park is our primary conservation partner," said Zoo Boise Director Gene Peacock, adding that the zoo and the national park have been partners for nearly a decade.

Because of that relationship, the zoo is doing what it can to help the park with recovery. According to Peacock, the animals from Gorongosa are fine. But, he said, the surrounding communities are being heavily affected.

Gorongosa has set up a national cyclone relief fund, which will be used to help send food, medical supplies and other necessities to those communities being impacted by flooding. It will also help both Gorongosa's team and its Beira office to recover.

Zoo Boise is working to help with those costs.

“We really have been in contact with those guys and are trying to get the word out to help with the recovery from the cyclone,” Peacock said.

Peacock said fifty cents of every Zoo Boise admission will go to Gorongosa, as well as some of the funds from the Friends of Zoo Boise Conservation Fund.

The zoo is also opening its own Gorongosa exhibit, which will work to educate people on wildlife conservation efforts, as well as bring more of Africa to Boise.

“This exhibit is going to bring a piece of Gorongosa here for the people to help them better understand what we do," Peacock said. "And if you can get an interest and do something there, then it also opens up opportunities to do something here. And so that’s what we’re trying to accomplish with this.”

He added it will also hopefully help add to the funds the zoo can send to Africa.

"As we open this new exhibit and more people come and visit the zoo, that means we’re going to be able to increase the amount in that conservation fund,” Peacock said.

Dr. Gregory Rasmussen is an expert from Zimbabwe on African painted dogs. He was visiting Zoo Boise on Tuesday to help with its new exhibit. He said he sees first-hand the impact wildlife has on Africa and so when places like Zoo Boise help preserve wildlife, it makes a difference - especially in tough times.

“People go to Africa to see its wildlife," Rasmussen said. "And we still have it there. We still have big animals like elephants and giraffes and it’s exciting. And so for zoos to keep that dream alive, it helps us in Africa keep those animals alive.”

Zoo Boise is also organizing a trip to Gorongosa in late August. Details on how to join the trip are on the zoo's Facebook page.

The Gorongosa exhibit at Zoo Boise is set to open July 17.

As for Gorongosa National Park, it stated on its website that it hopes to recover from flooding and reopen the park for tourism by June. You can donate to the park's cyclone relief fund online.