Before 11-year-old Micah Pecyna was shot to death in Horseshoe Bend Sunday, he created an online window into his world. 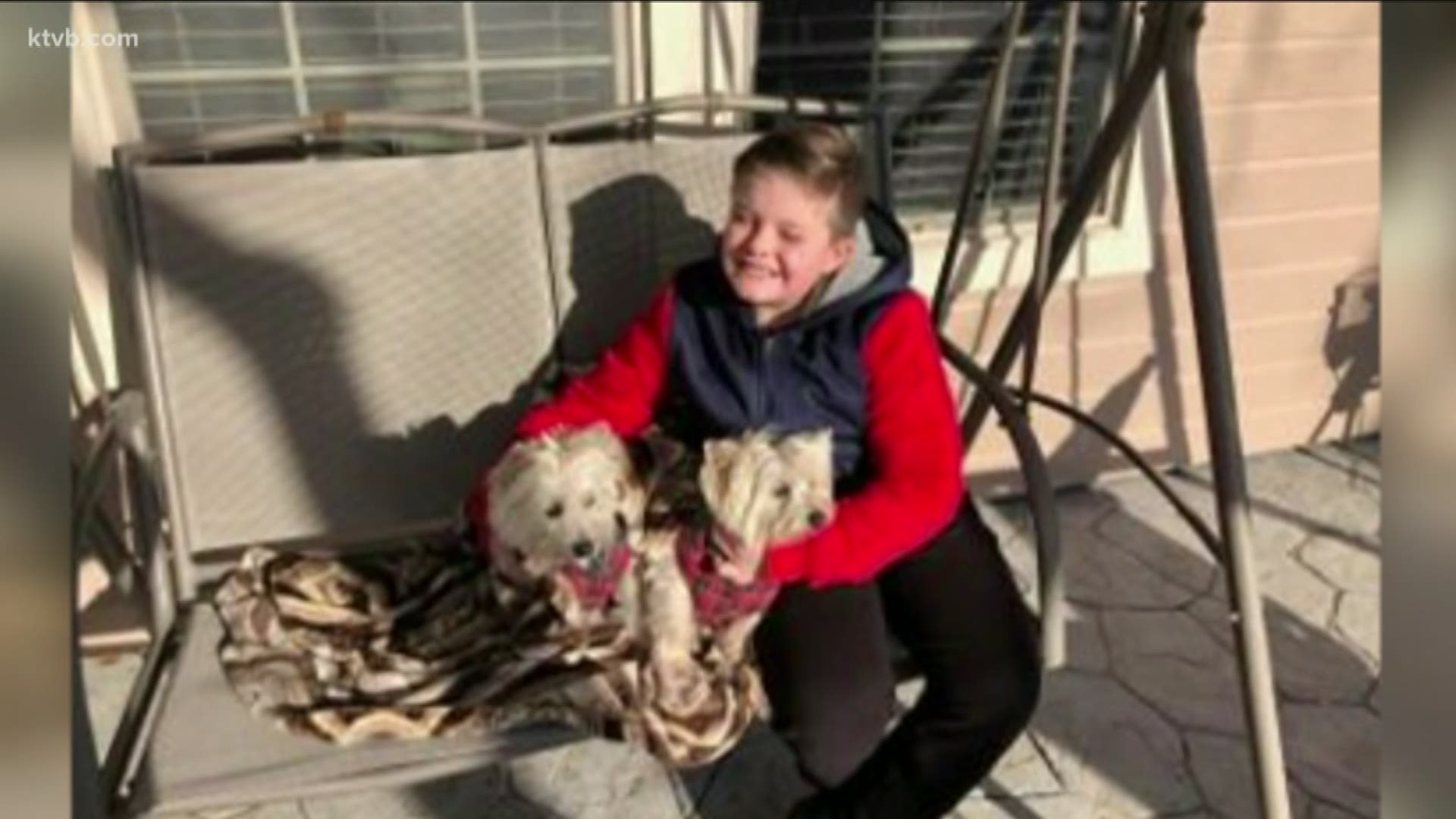 The Horseshoe Bend fifth-grader was shot and killed inside the mobile home he shared with his family Sunday night. Investigators say he died at the hands of a stranger, the only victim of a sudden rampage on Canyon Street that deputies are still working to unspool.

Micah's mother, Jolie French Pecyna, told KTVB she does not want the memory of her son associated with the violence that took him away, or the person responsible.

"He would be so happy to know that people will remember him," she told KTVB. "He was the kindest most gentle soul, he is my angel, my little beautiful angel."

“He was so smart," she said. "He had just taken a test and was going to be eligible to jump ahead in school."

Chapman said that Micah loved making videos, and had aspirations of becoming a professional YouTuber like the ones he watched online.

"He was so eager to help others too. He actually wanted to use YouTube as his platform to change the world," she said. "I believe he was going to do just that. I still believe he will.”

RELATED: Neighbor: Shooter yelled 'this is the end of the world' before killing boy in Horseshoe Bend

Micah's videos - just over a dozen, shot on his phone or via screencapture - provide a glimpse into the world of a little boy with everything to look forward to.

In his first video, uploaded in August 2019, Micah smiles into the camera. Toys, a basket of stuffed animals, and a poster of the Marvel superhero Deadpool are visible behind him.

"Hey guys, welcome back to my video - oh wait, I forgot. This is my first video!" he says. "My name is Micah. My dream has always been to be a YouTuber, because - yeah, I've just always wanted to be a YouTuber."

In a soft voice, Micah chatters about his dogs and cat, his sister, his love of the game Minecraft and an upcoming trip to Oregon. He repeatedly asks for suggestions of what people would like to see on his Youtube page.

"I'm just excited to do videos," he said.

In later uploads, Micah plays through the online game Roblox with commentary - "I think that's unbeatable. Is that a beatable jump?" - talks about his classmates at Horseshoe Bend Elementary - "a lot of crazy kids" - and boasts about how well he is doing in the fifth grade.

"My grades are really good by the way. I just want to say that," Micah said in the Feb. 25 video. "I'm trying to get the best grades as possible. Obviously, I want to get to know how cameras work and stuff like that."

Micah's death sent a tidal wave of heartbreak through Horseshoe Bend, where several residents broke down in tears as they described him.

Jon Dufresne, the owner of the mobile home park where Micah lived, described him as soft-spoken and gentle - "a beautiful little boy."

A GoFundMe page has been set up to help Micah's family pay for funeral costs and living expenses in the aftermath of the shooting.

In one of the last uploads to Micah's YouTube page, made about a week before his death, the fifth-grader signs off with a promise to return soon.

"I'll be back with another video later on," he says brightly. "Adios, or bye, or whatever. Byyyyeeee."