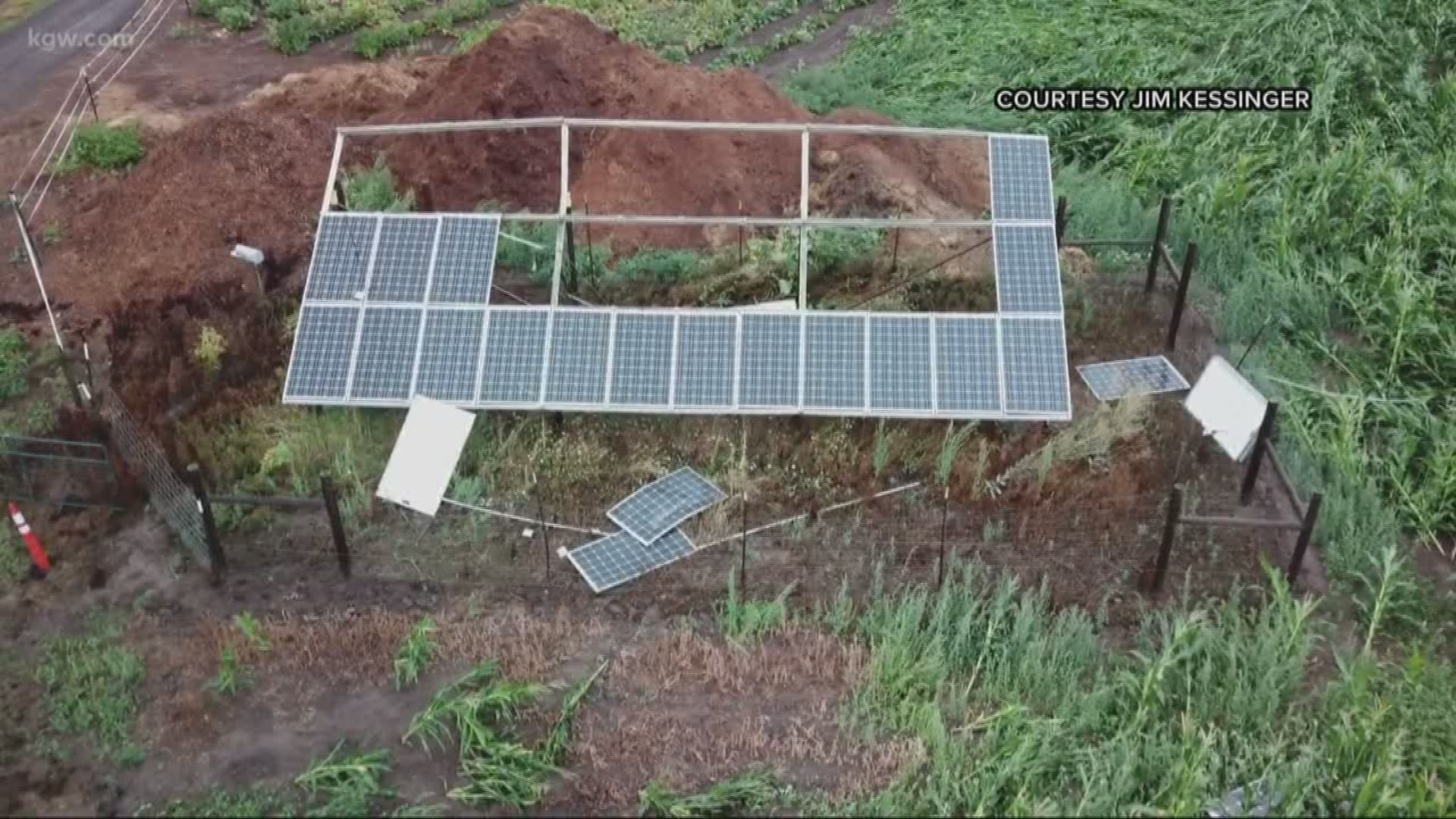 The first warning was at 6:47 p.m. for the Rock Creek area of Multnomah County and expired about 10 minutes later.

The second warning was issued at 7:47 p.m. for south central Clark County and lasted about 25 minutes.

Heavy rains which started in the late afternoon continued into the evening.

Several lanes of Interstate 205 by the Salmon Creek interchange were closed by high water for a time. High water impeded drivers along I-5 in Clark County.

Below, KGW meteorologist Rod Hill talks about what to expect on Monday for severe weather.

Dalton Burk shot this video of a funnel cloud starting to form near Hillsboro.

Mike Bryson provided KGW with this drone video of a funnel cloud forming near Battle Ground.

LaRae Jones shot this video from near Battle Ground of the ominous clouds.

Videos of flooding on Interstate 5.