The yearling black bear was found in a tree near 26th Street north of Hill Road at about 12:15 p.m. 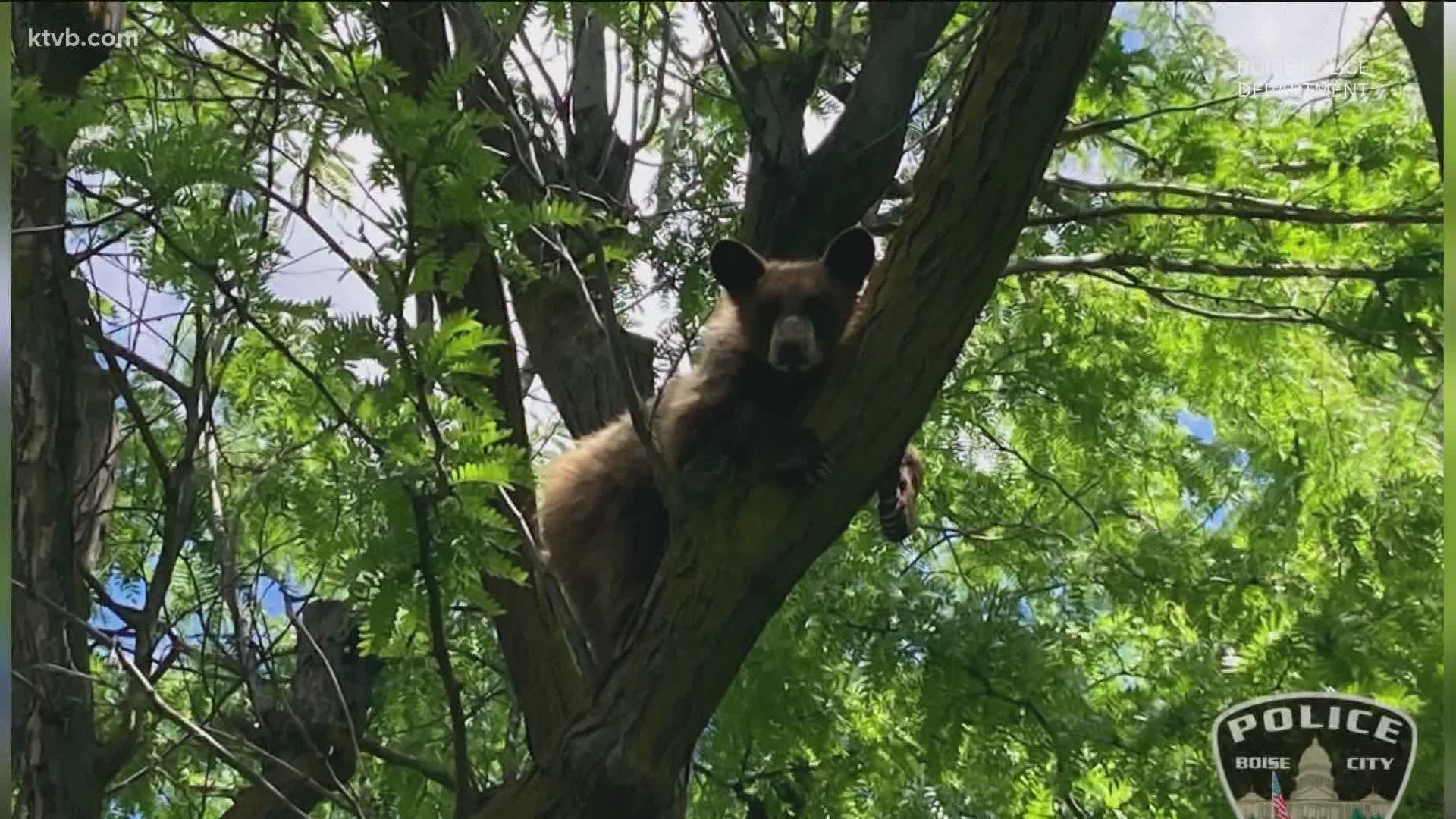 BOISE, Idaho — The Idaho Department of Fish and Game successfully tranquilized a young bear Thursday after it was repeatedly spotted in a Boise neighborhood.

The yearling black bear was found in a tree near 26th Street north of Hill Road at about 12:15 p.m. on May 20. It has been taken to a safe location, according to Boise Police.

The bear was spotted multiple times in the neighborhood, a residential area that abuts the Foothills.

Boise Police Officer Scott Nicholls told KTVB that the cub was seen twice Wednesday evening near Hill and 36th Street, then later that night at Hill Road and 24th Street. The young bear was seen again in that same location at about 8:30 a.m. Thursday.

In a video taken by Boise police, the bear cub can be seen struggling to stay in a tree after it was tranquilized. Officers were below the cub with an outstretched tarp to catch the cub as they fell from the tree.

According to the Idaho Department of Fish and Game, the yearling was unlikely to be a threat to people or pets. The animal is more likely to forage for food in trash cans or yards.

Nicholls said the bear appeared "scrawny" and weighed about 85 pounds. Black bears are common across Idaho, but are skittish and rarely approach humans.

"They're probably more scared of us," Nicholls said.

KTVB viewer Ken Smith sent in this below video of what appears to be a bear cub walking along in his security camera footage, which he said happened Wednesday night at Mount Shadow Road and 24th Street.

Residents were warned that leaving food out around their house could attract the bear, particularly during the overnight hours.

Both Hillside Junior High and Cynthia Mann Elementary were notified of the bear in the area.

Nicholls said officers patrolled the area on foot and by vehicle before the bear was located. It will be taken to a more remote location and released, he said.

1 / 8
Zoran Tesic/KTVB
Idaho Fish and Game officers in the neighborhood where a young bear was spotted Thursday morning.