'You can't cheat the virus': Healthy 23-year-old Boise man who had coronavirus warns other young adults to take it seriously

The man believes he got the virus after traveling to Blaine County on Friday, March 13. 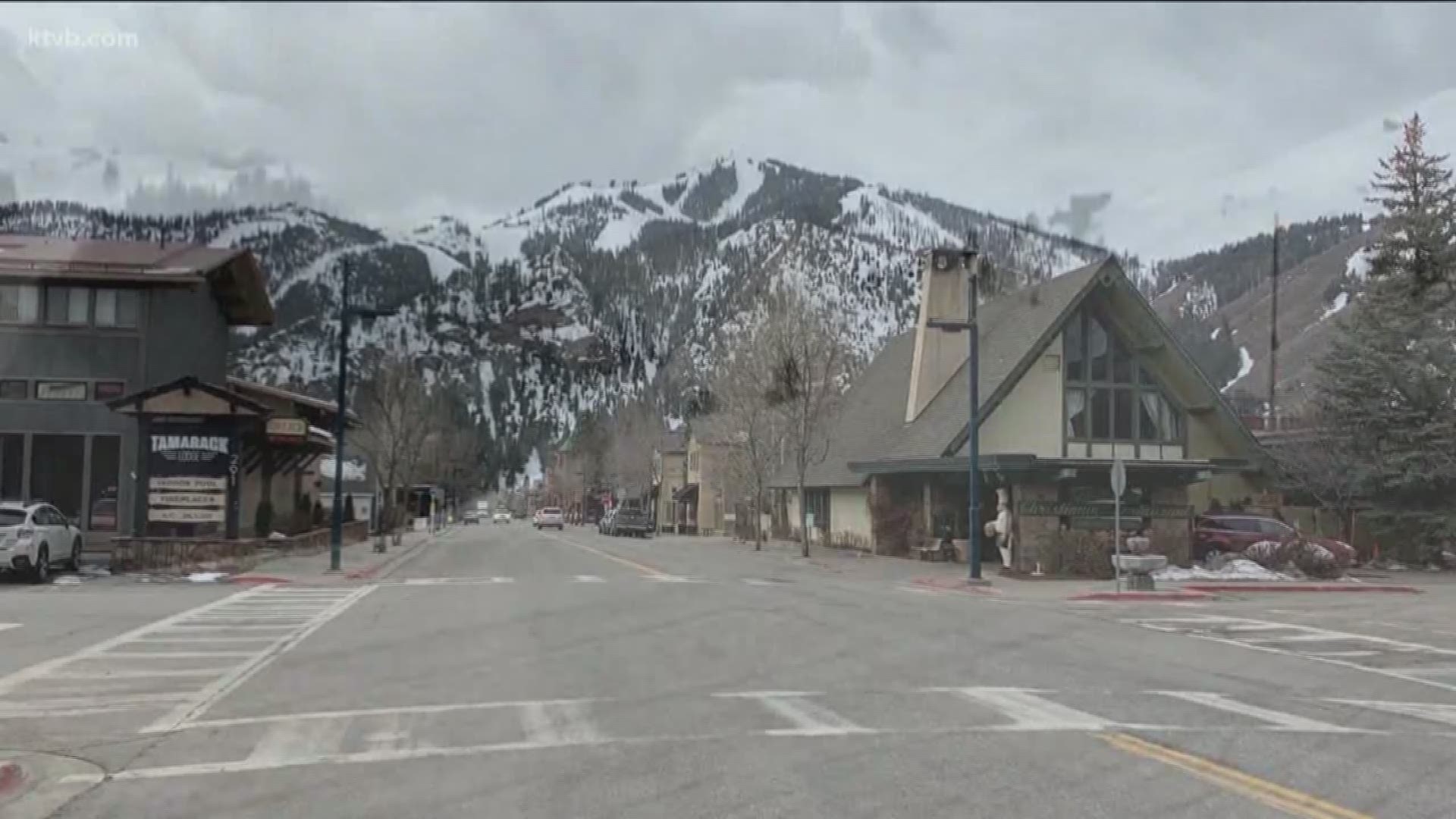 BOISE, Idaho — COVID-19 cases continue to rise in the state of Idaho and across the country. The virus can impact anyone at any age, but it does have a harsher effect on senior citizens and those with compromised immune systems.

KTVB got the chance to speak with one of the people that had it, a 23-year-old old Boise man who was very sick with COVID-19.

“I was very surprised by how this virus affected me, being a young individual in good shape I very rarely get sick and when I do it tends to be very mild,” he said. “This was completely different I would say. I had a high fever and was bedridden for two days.”

Because the virus made him so sick though, his message to other young adults is simple - take this seriously.

“I'm a young 23-year-old and I almost had to go to the hospital, he said. “I can't imagine someone older or in less well health getting this virus.”

The man asked to remain anonymous for privacy concerns, but KTVB verified his positive COVID-19 test.

“There is a lot of fear out there. While a lot of this fear is warranted, I’ve seen a lot of irrational fear and in order to protect myself I just feel for now it’s good to remain anonymous until people become more informed,” he said.

What can be shared is the fact that he's a young man, just 23 years old, and he said he's in good health. He doesn’t have a compromised immune system, asthma or diabetes.

He told KTVB the virus still made him very sick and he wants others to take it seriously, which is why he’s sharing his story.

He believes he was first exposed to the virus on a ski trip he took to Sun Valley. He left the Boise metro area on March 13 and returned on March 15.

“We all know now that's a hot spot for the infection,” he said.

That information wasn’t known at the time of his trip. The state confirmed the first case of COVID-19 in Idaho on March 13. That was an Ada County woman who had recently traveled to New York.

The man thought it was safe to travel within the state of Idaho since, at the time he left Boise, there were no confirmed cases.

He skied, he interacted with many people from people at the mountain to people around town. He didn’t show any symptoms during his trip, but the day after he got home, he realized he wasn’t feeling well.

“It was a fast onset,” he said. “My fever got really high but also interesting I didn’t really develop a cough until after my fever subsided.”

He called his insurance company and worked on doing a digital visit with a doctor through them. He said after waiting three hours he was connected to a doctor.

He was told though this could be another illness and was advised to get some rest and stay in his home so he wouldn’t infect other people. This was on March 16.

“Eventually throughout the night I felt even worse and by Tuesday morning I knew I needed to do something,” he said.

He said he called St. Lukes in Boise to see if he could be tested for the novel coronavirus. The hospital told him he would get called back, but while waiting he kept getting worse.

RELATED: 'We knew it was coming': Owner of Saltzer Medical Group breaks down the COVID-19 pandemic

He then turned to call urgent care in Boise.

“I was instructed to wait in the parking lot and call them when I arrived,” he said. “When they eventually came out to my car, they were all in full PPE or personal protective equipment and they at first tested me for the flu after taking my temperature. Their flu test, it came back within ten minutes and it was tested negative.”

That’s when they decided to test him for COVID-19.

“I would say it was slightly unpleasant because they had to swab very deep in the nasal cavity because they really do have to make sure they collect as much of a sample as possible,” he said.

After testing him, he was given instructions to go home and self-isolate until he got his results. Initially, he was told it would take three to five days to get those results.

On the third day, he called to check in and he was told the private lab his sample was sent to was overwhelmed and it would take five to seven days now. After waiting another three days, he called again to check on his results. This time he was told the results would come back in seven to ten days of the initial day he was tested.

“It was a bit of a frustrating process to have to wait that long,” he said.

After nine days, he got the call saying he tested positive for it.

“I’m just glad that as a scientist I knew I needed to self-isolate,” he said. “I’m real glad I did that because now with these test results back, I could’ve potentially been infecting a lot of people.”

He told KTVB he was tempted to make a quick trip to the grocery store when he needed to go but decided against it.

“There was no way I could go out and to a public area and in close contact with other people without potentially infecting them,” he said.

The only time he left his apartment during the nine-day period was to take brief walks late at night around the block, just to get some fresh air. The reason he did it late at night was to try and avoid as many people as possible.

He told KTVB the worst day he felt throughout all of it was the day he was tested.

“My fever got up to over 103 degrees and that’s when I really started to get concerned,” he said. “I had trouble concentrating, it was hard to focus on taking care of myself and continuing to hydrate.”

He never went to the hospital. He said his fever never got to the threshold for him to bring himself to be hospitalized saying that he was concerned about getting others sick.

He wants everyone to practice social distancing and to avoid leaving the home as much as possible.

“You can't cheat the virus, don't go and hang out with your friends,” he said. “I want to protect the people of the great state of Idaho and I think it's everyone's part to do the same thing.”

At this time, the man told KTVB that he isn't considered contagious at this time anymore, he explained he learned that after speaking with the Central Health District.

He said it’s safe for him to now leave his house without being contagious. He isn't planning on doing that though. Instead, he is planning on practicing social distancing and following the statewide stay at home order.