"This is going to help a lot," one local business owner says of the service, which is being adopted in a growing number of Idaho counties. 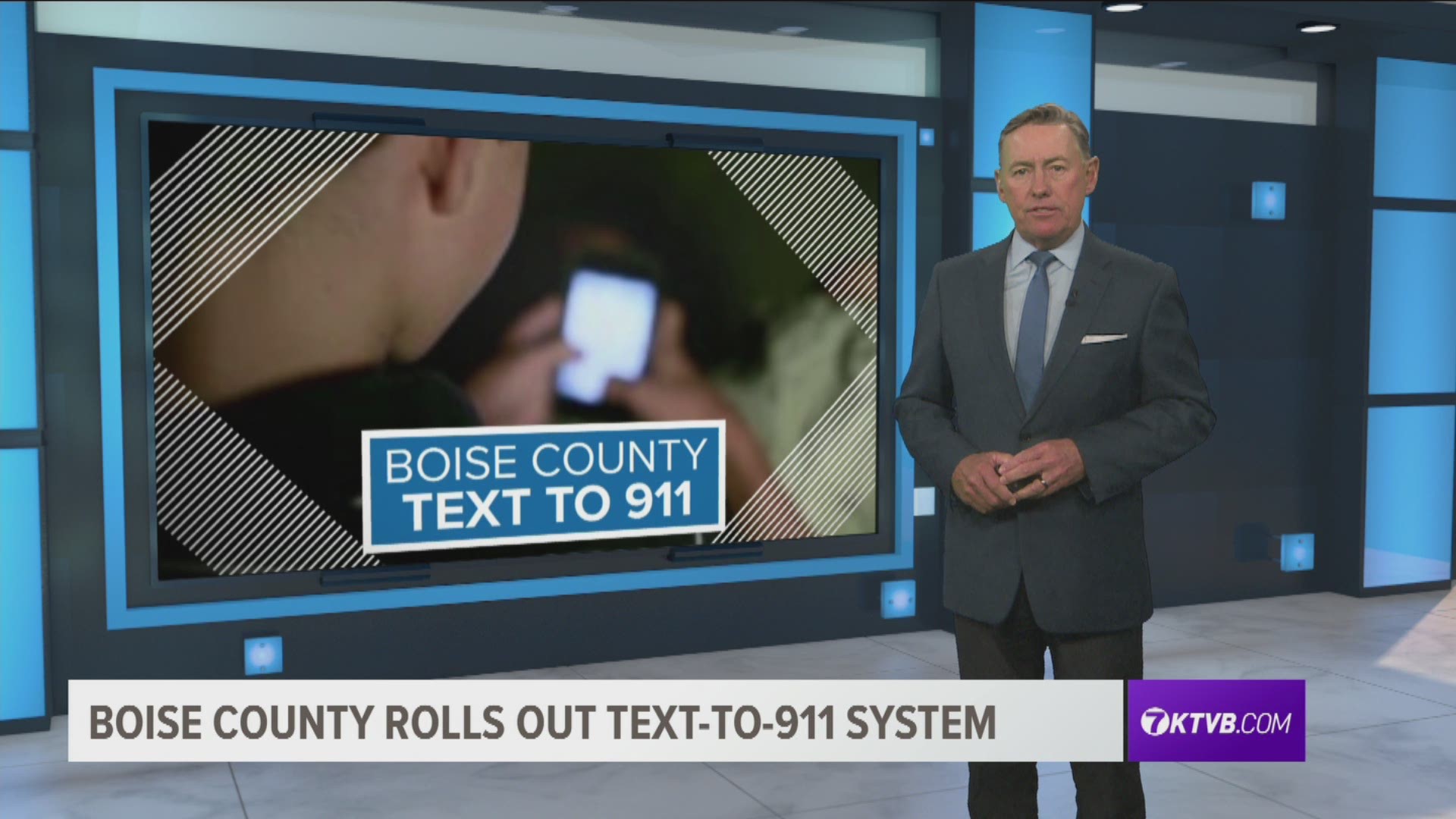 IDAHO CITY — We all know that you call 911 when you have an emergency. Now, Boise County is joining at least eight other Idaho counties in a system that will allow residents to both call and text 911.

“If you’re up here recreating and you have your cell and you can’t make a call, then you can simply text 911 and it'll come to the dispatch center and they'll reply with text,” Boise County Emergency Manager Bob Showalter said.

The Text-to-911 system is especially important in Boise County, because a lot of areas don't have the best service.

"Service is sketchy in most of Boise County," Showalter said.

Residents believe the Text-to-911 service is a great addition to the county, especially since there isn't a hospital.

“We have a lot of people, older people, who have a hard time hearing and have a hard time just getting around and getting to areas where there's actually phones around,” Doug Pottenger, owner of Seasons Restaurant in Idaho City, said. “This is going to help a lot.”

If you text 911, Boise County says to be prepared with information.

“The first thing the dispatchers are going to ask is, ‘Where is your emergency?’ So, it's helpful if you have a GPS and can give a coordinate that's the best info you can give,” Showalter said. “The second question they're going to ask is what the emergency is."

The dispatcher may also text additional questions about the nature of your emergency.

Users will not be able to text with Wi-Fi. Showalter said people must be in a signal area to use the service.

He also said if the text does not go through, the phone carrier will send the user a message informing the individual that they must call 911 instead.

The Text-to-911 system is not expected to replace calls to 911, but instead provide an additional resource for individuals who may need to use it.

“A lot of times with texting, they're not getting the full story, especially if something happens and I’m panicking and trying to get the message out and things like that, but if I’m in the mountains and my phone is not working, it's going to be the greatest thing in the world,” Pottenger said.

Some other counties that already have the Text-to-911 system include: Payette, Bannock and Shoshone.

Ada County told KTVB that they have long-term plans for the service, but no ETA for it just yet. Canyon County said they expect to have the service sometime early next year.