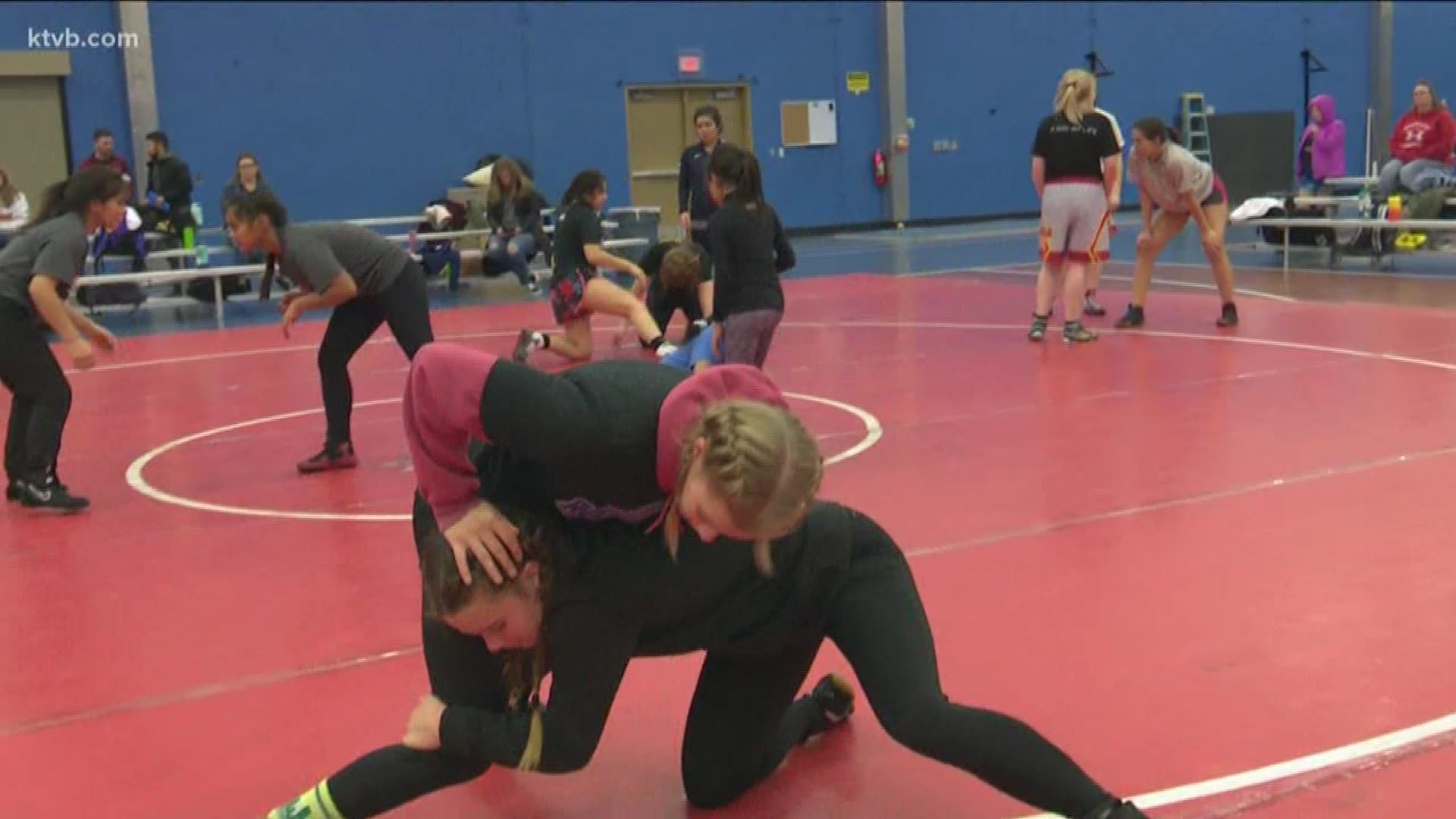 NAMPA, Idaho — Female wrestling is on the rise all across the U.S. as more and more states, 19 to be exact, have sanctioned it as a sport.

Idaho is looking to be one of the next states to do so as interest in women's wrestling grows across the Gem State.

The girls wrestling coach at Columbia High School says last year, there were 123 female wrestlers in Idaho. This year, that's more than doubled to 253.

Northwest Nazarene University in Nampa is hosting an all-girls wrestling tournament this weekend and girls got a chance to sharpen their skills Friday night with a clinic.

RELATED: Northwest Nazarene University's women's basketball team is the first from the USA to compete in Cuba

Though interest in the sport has grown, there's still some skepticism about girls participating in what's long been considered a "boys only" sport.

“Every time I tell someone I’m a wrestler they’re like, 'No way really?' And then they’re like, 'That’s so cool,'" said Savannah Turner, a junior on the wrestling team at Homedale High School. "So yeah, there’s always questions of why I do it.”

There are only four girls on the wrestling team at Homedale so the girls wrestle with the boys. Turner said while it has its challenges, it also motivates them to work twice as hard.

“Being a female wrestler you basically learn self defense for yourself," she said. "And you learn how to handle things mentally and physically a lot more than you would in any other sport.”

Medina said she tries to encourage anyone to try the sport - no matter their ability level.

“There’s a saying, ‘Man’s oldest sport, women’s newest sport’ and now it’s evolved into anybody can wrestle. Any body,” she said.

Payton Lanninghan is a senior at Columbia High School. She used to be the only girl on the wrestling team, but this year, she now has eight female teammates. She said she's thrilled to see more girls getting interested in the sport.

“I’ve had to wrestle boys my entire career, I’ve never gotten to wrestle girls so this is super exciting,” she said.

While Lanninghan said wrestling boys is tough, it's also rewarding when she's able to win.

“Wrestling boys - beating them up – it makes me so happy being able to go out and do that because it’s different, like not a lot of girls can do it and I just think it’s cool,” she said.

The girls wrestling tournament kicks off at 9 a.m. Saturday at NNU.