Flames were already severe when firefighters arrived, officials say, and it took 15 to 20 minutes to get the fire under control. 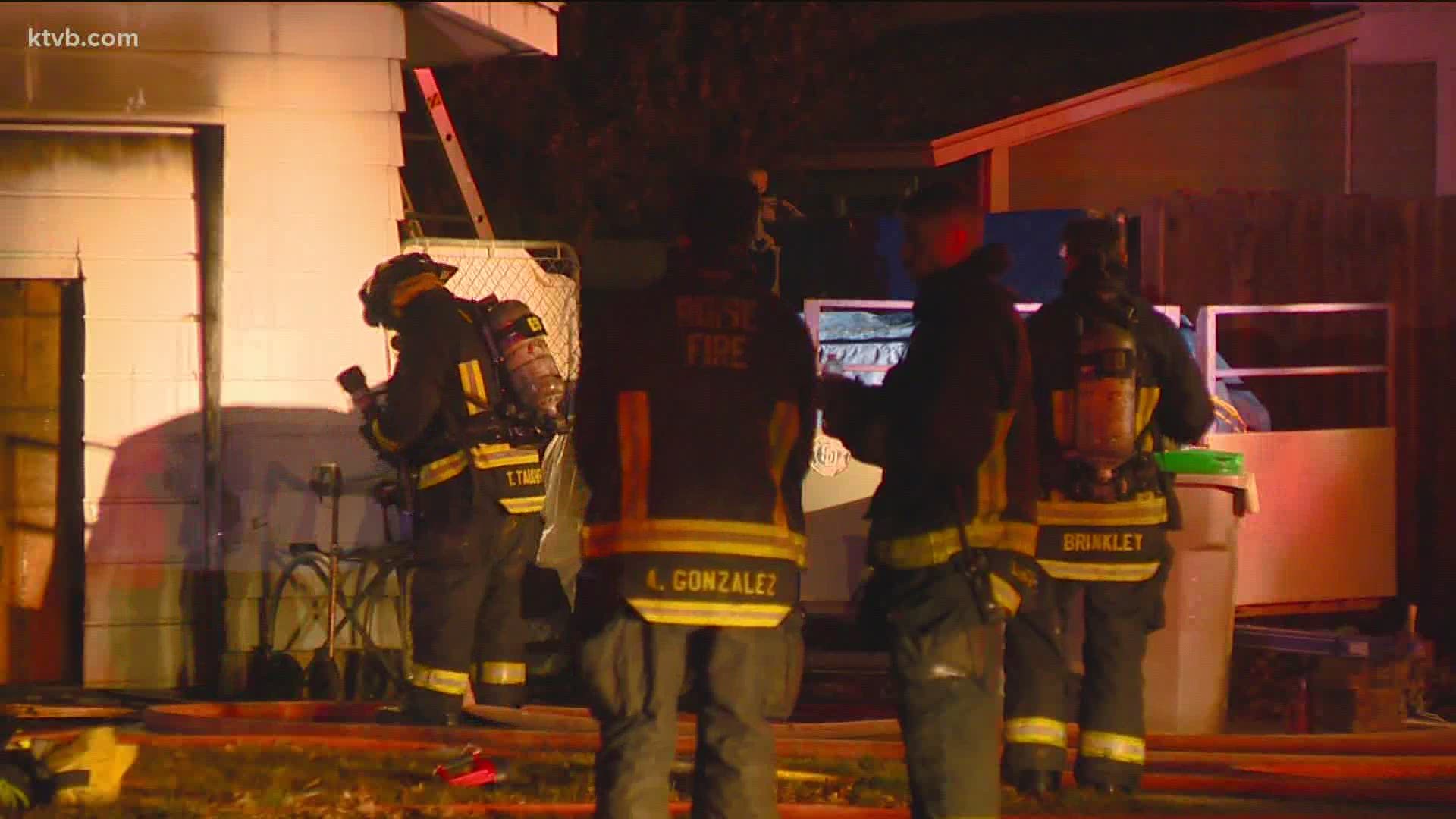 BOISE, Idaho — Fire investigators have determined the cause of a house fire that claimed the life of a woman and her dog in Boise Tuesday morning.

Crews responded to the home in the 6700 block of Northview Street just before 1:30 a.m. Flames were already severe when firefighters arrived, and it took 15 to 20 minutes to get the fire under control.

The home's occupant died at the scene, and one firefighter was treated for a minor injury, said Boise Fire Battalion Chief Terry Theriot.

The Ada County Coroner identified her as 93-year-old Claire Stoker of Boise.

Fire crews continued to perform additional searches of the home for a second possible victim. It was later learned that person was safe and not home during the fire.

During the search, a dead dog was recovered from inside the burned home.

The Boise Frie Department said Wednesday afternoon that electrical issues were found to be the cause of the fire. Extension cords were being used as "permanent wiring" inside the house, officials said.

In addition, there were no working smoke detectors inside the house.

According to the Boise Fire Department, the fire burned along the backside of the house and into the attic.

"We had some extensive damage to some buildings on the backside of this residence and also we had an exposure problem with the advanced fire conditions," he said. "Crews did an incredible job with getting that fire contained to the structure itself that originally started on fire, and no extension to the side houses on either side."

"Crews worked very aggressively to get this fire out," Theriot said. "This time of night, the fire kind of has a little bit of a head start, because it was reported late. That's always a challenge right off the bat, but again, Boise Fire has some outstanding people with some great training and they did exactly what they were supposed to do - put the fire out and try to save victims."

"The loss of life that resulted from this fire was a tragic outcome and our hearts go out to the victim's family and friends," the department said in a statement.

The cause and manner of Stoker's death are still under investigation.