Wildland firefighters from Boise fly to Alaska for first assignment

Less than a month out of firefighting school, the crew is heading to Fairbanks to help with wildfires in the area. 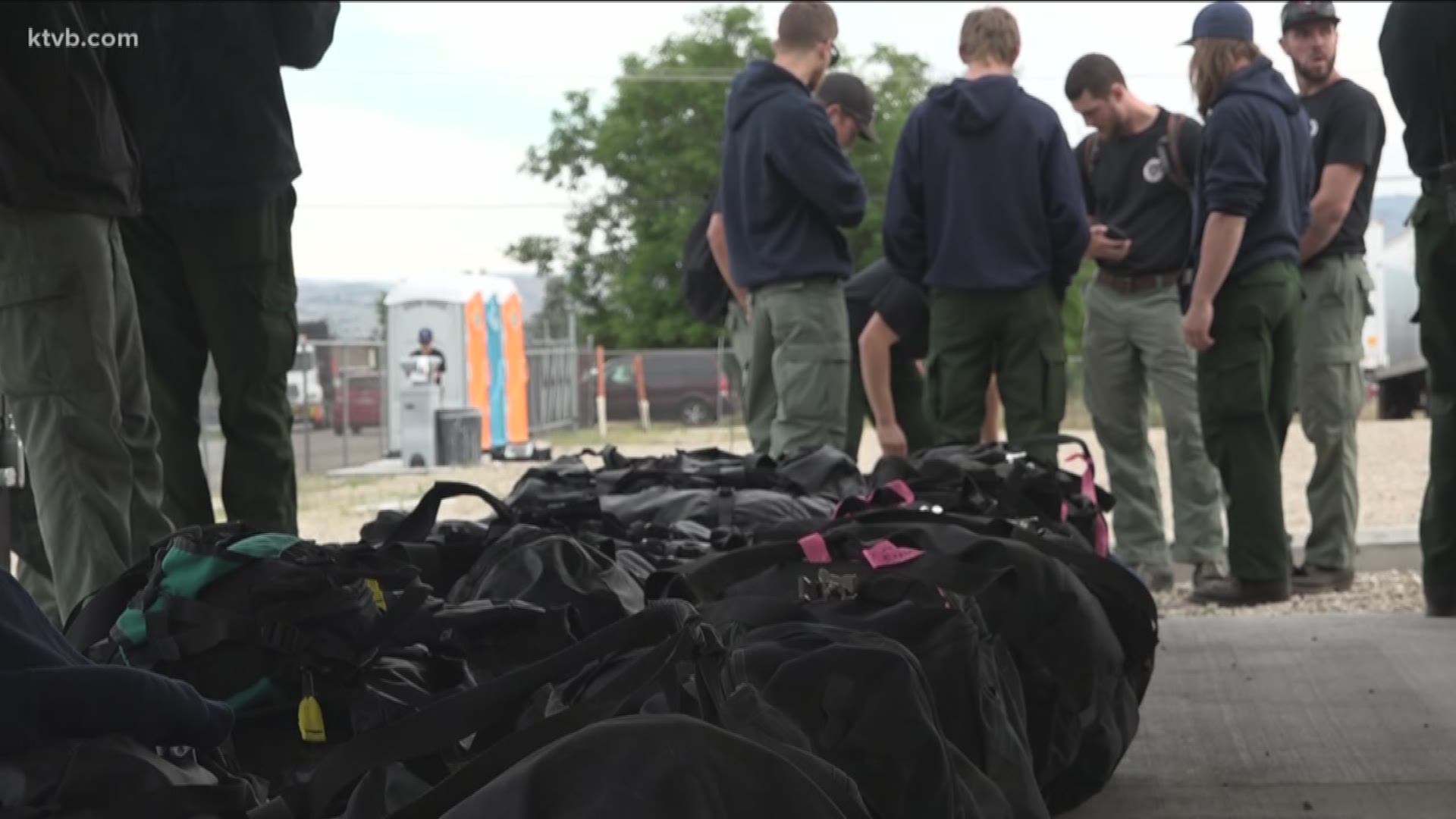 BOISE, Idaho — Less than a month ago, Crew 8 was at the Boise Wildland Firefighter Academy, where they were digging lines and putting out simulated wildfires.

But now, as fire season heats up, they've set off via plane to put out real wildfires all the way in Fairbanks, Alaska.

They gathered early Thursday morning at the National Interagency Fire Center (NIFC) in Boise to weigh their gear. Then, it was a waiting game.

With more than 40,000 acres burned already in the Fairbanks region, the 25 members of Crew 8 will be there to help out where they are needed.

This will be Orosco's fifth fire season, so he has plenty of wildfire experience as he leads his crew to Alaska.

For most of the crew, this will be their first time on the job.

"I realize how lucky I am and I get to go to Alaska," Emily Corosis said. "A lot of people have been doing this for years and they've never been anywhere like that. I have no idea what to expect."

Fighting wildfires is dynamic, as they can spread quickly. Despite this, Mike Towers, a fire management officer for the Boise Wildland Fire Academy, is confident in Crew 8's abilities.

“If they can stick to the basics of fire-suppression, they will succeed," Towers said.

With most of the crew in their early 20s, there is a lot of excitement for their first assignment.

"We've never been to a fire yet," Crew 8 member Landry Lima said. "It'll be a good hands on experience. I mean it's gonna be hard work - you're out there all day, you're working hard and everything, but with friends."