The fire is being called the Idlers Fire and it's burning 150 acres. So far, it is not contained. 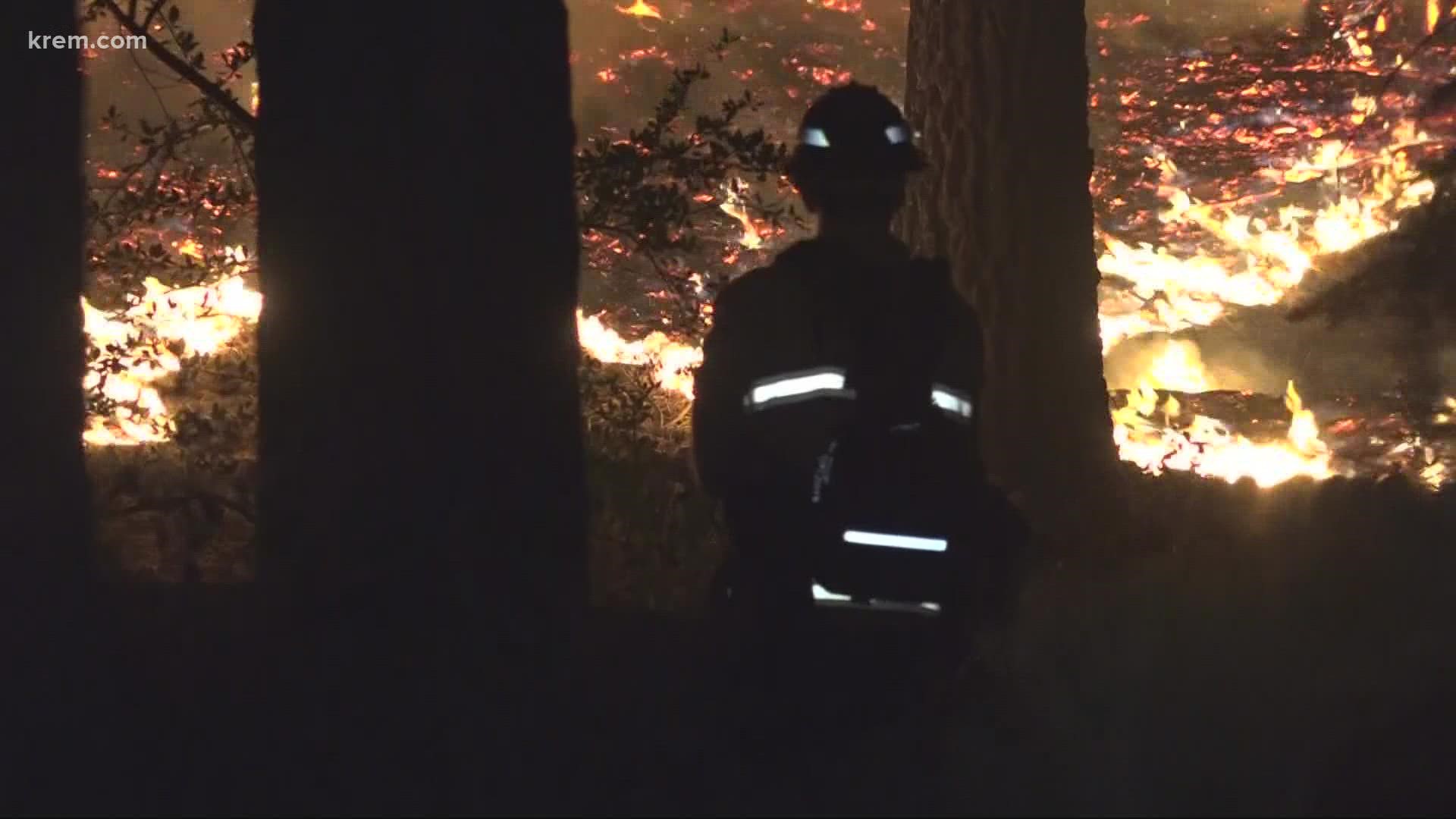 MOSCOW, Idaho — A wildfire started burning three miles north of Moscow, Idaho around 1:30 p.m. on Monday, according to the City of Moscow. The Idaho Department of Lands said Tuesday morning it is still threatening buildings in the area.

The fire is being called the Idlers Fire and it's burning 150 acres. So far, it is not contained.

All evacuation orders that were in place have been lifted.

One primary structure and one secondary structure were were lost. There was a GoFundMe set up for a family that lost their home.

Moscow Rural Fire Department, Moscow Fire Department, Pullman and Whitman County fire crews are all on scene. Emergency responders are asking that people avoid the area and to not fly drones near the fire.

A Type 3 incident management team will take over for the crews at 6 p.m. Tuesday.

Those displaced by the fire or affected may go to the Red Cross shelter at the Latah County Fairgrounds for shelter, food and water.

In a Facebook post from the City of Moscow, they said the fire has burned significant land and multiple structures.

This is a developing story and we will provide updates when we receive them.