Officials say the Boundary Fire has charred around 1,500 acres. A boat launch and two nearby campsites have been closed, according to the Forest Service. 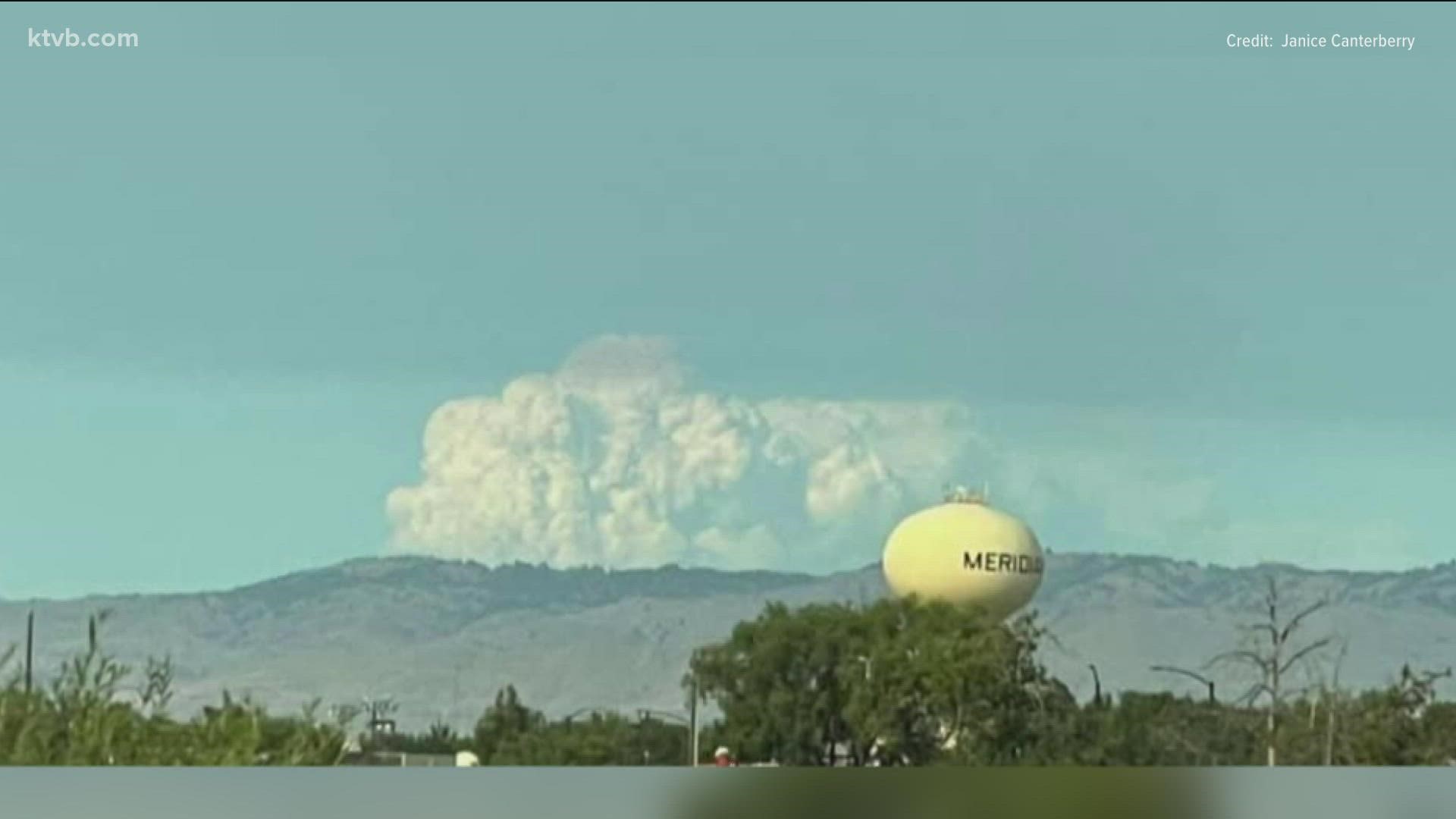 BOISE, Idaho — A wildfire burning in the central Idaho wilderness ignited nearly three weeks ago by lightning continues to grow in size.

The Boundary Fire has charred about 1,500 acres in the Salmon-Challis National Forest. It’s being fueled by subalpine fir, spruce, Douglas fir, and lodgepole pine. The Forest Service has assigned 38 personnel to fight the fire, along with a helicopter and two engines.

Public affairs officer Amy Baumer says a large plume of smoke from the fire can be seen from Stanley and McCall. They’ve received several calls inquiring about the fire.

The fire is located about two miles west of the Boundary Creek boat launch. There is camping in the area. Baumer says an access road off Highway 21 near Banner Summit is closed to traffic, as is the boat launch and two nearby campsites.

Baumer says the fire is burning towards Morgan and Sulphur ranches. Crews are on site and have been assigned to provide structure protection.

She said when the Boundary Fire was first detected on August 10, crews worked from the ground and air to suppress it. Lately, the fire began to flare up again.

At this time, no other structures are threatened and the fire is burning far enough away from Highway 21 that it remains open between Lowman and Stanley.

Forest staff are communicating with boaters with upcoming launch dates to inform trip leaders of the situation.

Officials say that temperatures have been cooler lately and some areas of the forest have received rain. However, fuel moistures remain low. Visitors should be award there is a high fire danger in the Salmon-Challis National Forest.

The forecast is calling for gusty winds and lower humidity through Tuesday. Winds will be out of the southwest and could gust up to 30-35 mph near the Boundary Fire.

1 / 5
Salmon-Challis National Forest
This photo was taken from Highway 21 near Cape Horn, between Lowman and Stanley. The Boundary Fire is burning several miles north of the highway.