Pilot Ricky Fulton was dropping retardant over the Schill Fire in southern Idaho on Tuesday when his plane went down. 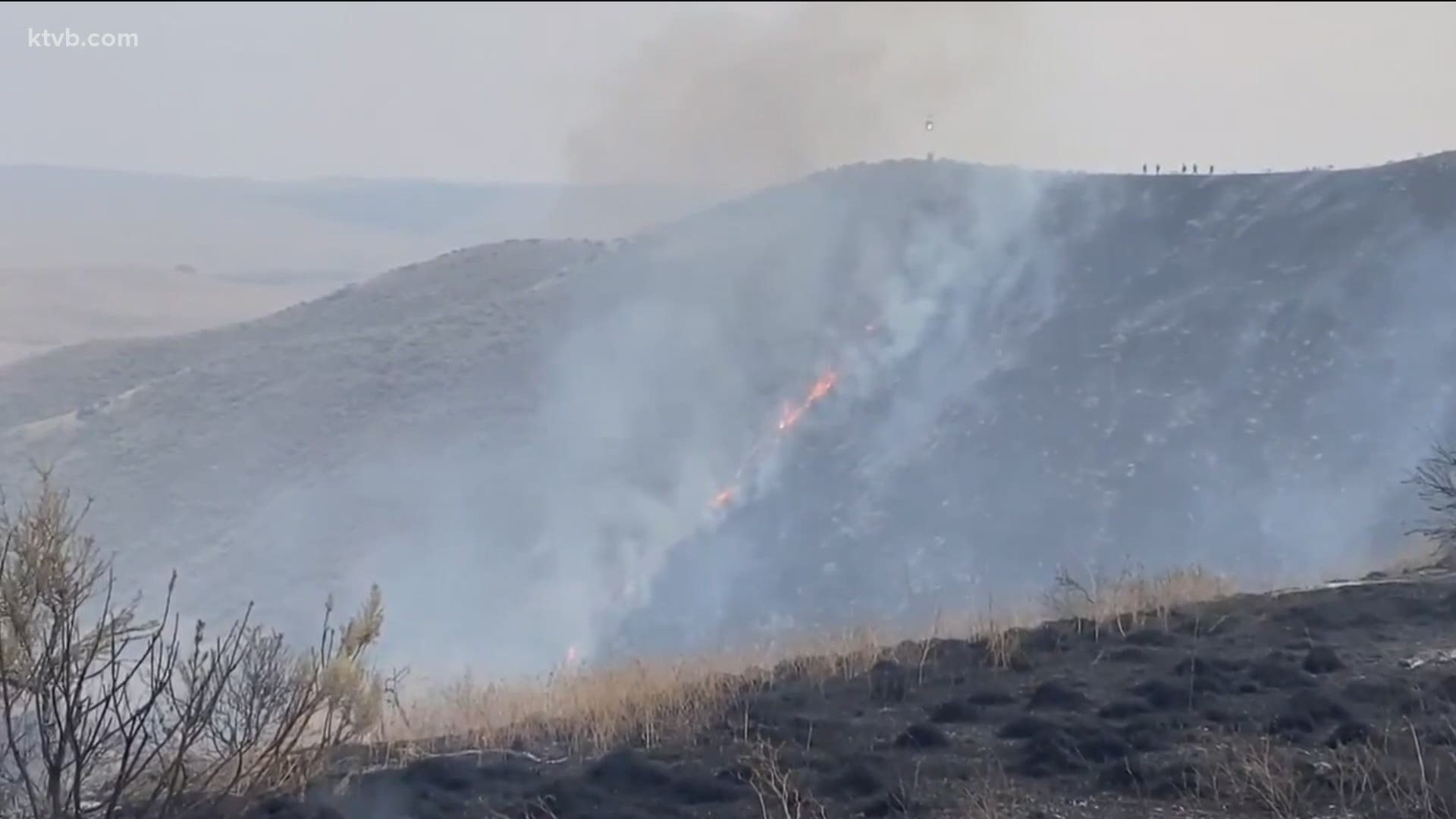 EMMETT, Idaho — One person is dead after a tanker plane working to contain a wildfire near Emmett crashed Tuesday evening.

According to the Gem County Sheriff's Office, the Bureau of Land Management plane was dropping retardant on the Schill Fire two miles southeast of Emmett when it went down.

The pilot, Ricky Fulton, did not survive. Officials released Fulton's name Wednesday afternoon with additional information about the incident.

"Firefighters extricated the pilot and attempted to render medical aid as best as they could," BLM spokesman Ken Frederick told KTVB. "They called Lifeflight but unfortunately, the pilot succumbed to his injuries."

Officials have not released whether mechanical issues or other problems contributed to the crash. The pilot was the only person in the single-engine aircraft, according to the sheriff's office.

"Fighting fire has hazards, both for the firefighters on the ground and resources driving around a fire area, and for air resources, so we all wish these things didn't happen and unfortunately, they do happen," Frederick said. "It just leaves a big hole when a member of the firefighting community loses his or her life doing a job that's being done to protect natural resources, to protect the public, to protect home and businesses, and the incredible resources that we all value."

The aircraft, a T-857, was in an on-call contract with BLM Fire and Aviation at the National Interagency Fire Center in Boise.

Aero S.E.A.T. Inc., an aerial wildfire service company based in Colorado, owned the plane, according to BLM officials.

The crash did not start additional fires or worsen the ones currently burning, according to fire information officer of the Bureau of Land Management Jared Jablonski.

The Schill Fire, which had burned about 25 acres by Tuesday evening, has since been contained, and no restrictions remain in the area.

"We offer our sincere condolences to the family, friends and colleagues of the pilot lost in this tragic accident," said acting BLM Boise District Manager Tanya Thrift. "This reminds us of the inherent risks involved in wildland firefighting and the gratitude we owe to the courageous and committed men and women who serve willingly to protect lives, property and natural resources."

It's with deep sadness that we share the loss of a Single Engine Air Tanker pilot after a crash tonight working on the #SchillFire near Emmett, ID. More info will be released following family notifications. Our thoughts are with all those impacted by this tragedy. #NeverForgotten pic.twitter.com/A6Wxf67QW5

"The Gem County Sheriff's Office extends condolences to the pilot's family and BLM at this time," the sheriff's office said in a statement.

Idaho Gov. Brad Little released a statement that reads, in part, "Our hearts are heavy. The death of a firefighter is felt deeply and emotionally in the firefighting community. Pray for comfort for the pilot's family and colleagues, and please do your part to prevent needless wildfires."

Little added that he is ordering American flags and State of Idaho flags to be flown at half-staff "in honor of the brave firefighter who lost his life protecting others."

"Vicki & I offer our sincerest condolences to the family of the pilot lost in this tragedy," Risch wrote. "Putting their lives in danger daily, this is a humbling reminder of the risks our first responders take to keep our communities safe from wildfires."