5 years ago, the Table Rock Fire scorched more than 2,600 acres in the Boise Foothills

On June 29, 2016, Taylor Kemp lit roman candle fireworks near the main gate to Table Rock and started what would become known as the Table Rock Fire. 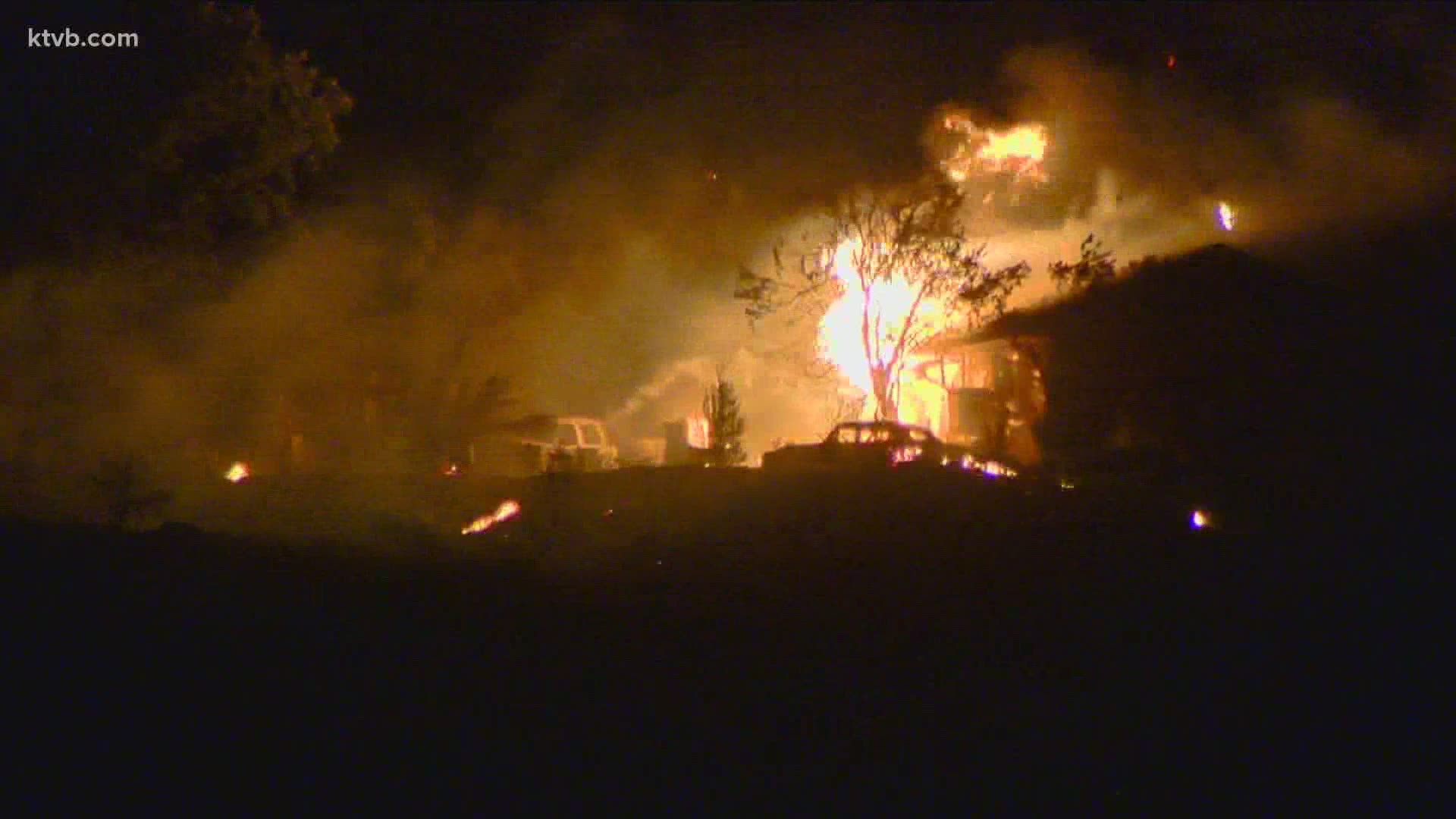 BOISE, Idaho — Just over five years ago, a man lit roman candles in the Boise Foothills which sparked a fire that burned thousands of acres of land overnight.

On June 29, 2016, then-19-year-old Taylor Kemp lit roman candle fireworks near the main gate to Table Rock and started what would become known as the Table Rock Fire. By the time Bureau of Land Management and Boise Fire crews were able to put the blaze out, more 2,600 acres of land and one family's home were burned.

Originally, Kemp told police he saw some teenagers playing with fireworks in the area and he tried to put out the fire. However, after a two-month-long investigation by the Ada County Sheriff's Office, Kemp confessed it was him who lit the fireworks.

Kemp was only charged for misdemeanor unlawful use of fireworks and was ordered to pay back $400,000 in restitution. He only paid roughly $1,700 over the course of three years, which led to a warrant for arrest being issued.

Five years later and heading into the Fourth of July weekend with a streak of 100-degree days, the Treasure Valley and much of Idaho are primed for a tough wildfire season, which fire officials are already bracing for.

Many municipalities and smaller agencies have banned the use of fireworks, including in unincorporated Ada County and the City of Hailey.

With most of Idaho experiencing a drought and an excessive heat warning in effect for the Treasure Valley heading into the Fourth of July, the 2021 wildfire season is just about to begin.