Rainstorms can do more harm than good when fighting wildfires, US Forest Service says

The U.S Forest Service says in order to put out Idaho fires like the Dixie Fire and the Deer Fire, long-duration periods of rain are needed, not short bursts. 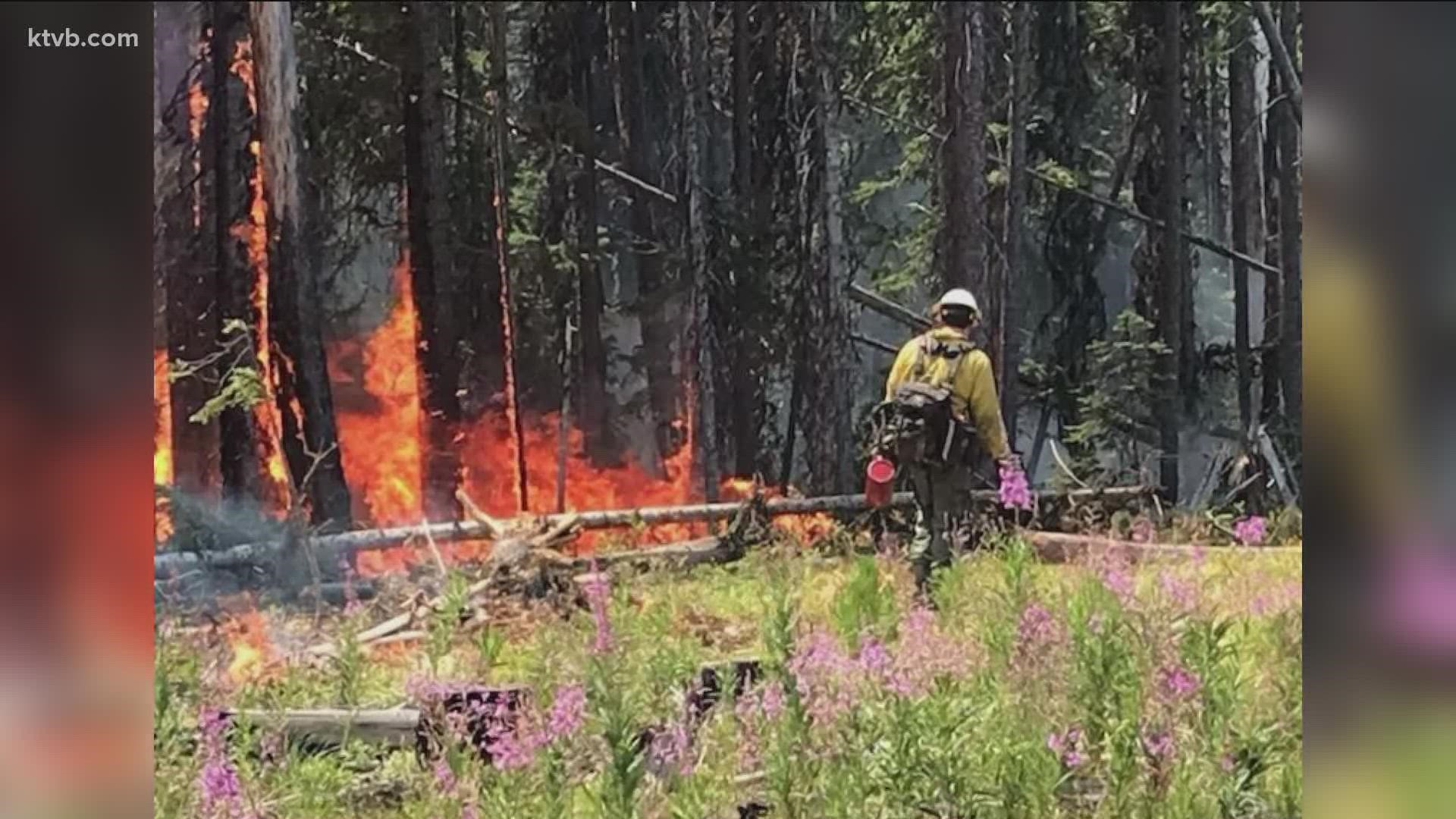 The U.S Forest Service said in order to put out Idaho fires like the Dixie Fire and the Deer Fire, long-duration periods of rain are needed, not short bursts.

“One of the problems that we are having is these storms are developing before the rain comes. You get a lot of outflow winds from the thunderstorms and those high gust winds can really fan the flames and get those fires spreading,” said Logan Scherschel, a public information officer with the U.S. Forest Service.

Winds came out of the east on the Dixie Fire and created 500 acres of growth overnight on Saturday, according to Scherschel. He said the rain was not widespread and some areas of the fire didn’t see any precipitation.

Even though more rain is expected, Scherschel said that’s not always a good thing.

“Some of our large diameter fuels, it takes them a lot longer to soak up that moisture so they can actually hold heat through these rain events, especially if they are not long duration,” he explained.

The heat then spreads from trees to brush, letting the fire grow and create another concern: flooding.

“There's not that surface grass and needle litter to catch that runoff, so it allows a lot more water to run off in those burned areas," Scherschel said, adding that the potential for flooding also limits access to the fire, impacting firefighter’s ability to move around to different locations of the fire.

The forest service updated the fire overview that stated flash flooding is also a concern in the area of the Deer Fire, three miles North of Arrow Rock Dam.

The potential for flash floods is not only dangerous for communities that surround wildfires but also limits access to fight fires with already limited resources.

“We are at a preparedness level five so resources are stretched really thin nationwide," Scherschel said. "So people need to do their due diligence to make sure that they are doing their best to make sure that human-caused fires remain on top of their minds.”