“Everyone knows how many they have recovered of their own livestock. They have no idea how many either burned or have wandered off,” said rancher Chet Voght.

KLAMATH COUNTY, Ore. — Thursday morning cows, including two calves, wander across burned, dusty land about 20 miles north of Bly, Ore. Their instincts are painfully correct. The land was once designated for grazing. Now, in the wake of the historically destructive Bootleg Fire, food and water are scarce. And the animals were lost.

RELATED: See what firefighters are facing on front lines of Bootleg Fire

They're relatively lucky, said lifelong rancher Chet Voght. Some local ranchers are finding their livestock burned to death. Others are frantically searching.

“Everyone knows how many they have recovered of their own livestock. They have no idea how many either burned or have wandered off,” he said.

“It’s decision time for a lot of people.”

In the wake of Southern Oregon’s #BootlegFire, ranchers are finding their cattle wandering & lost (last photo) or burned to death.

Chet Voght saved his livestock, but half his grazing land burned. Now he’s worried for a local industry. pic.twitter.com/I1AeqBzzxA

At more than 400,000 acres, the Bootleg Fire is the third largest wildfire in Oregon's history. It’s so strong, it's creating its own clouds and lightning.

More than 2,200 firefighters stationed at sprawling camps are battling the fire 16 hours a day. As of Friday afternoon, they had it 40% contained.

“This is a historic fire. It's one that people are going to remember,” said Marcus Kauffman, spokesman for Incident Management Team 1.

RELATED: Family who lost everything to Bootleg Fire setting out to keep hot spots from flaring up

Already, dozens of families have lost everything. That includes Tim and Dee McCarley. Tuesday, they told KGW the fire had torched all their possessions. Their son David had lost his home.

“I know it's stuff, but it was my stuff. You know? Stuff that I valued,” Dee McCarley said.

The McCarleys had a small supply of water, which they use to put out hotspots and help neighbors. Amid historic drought, wells are running dry.

“They don't have water. We fill them up with water. They're doing gravity feed to their houses so they can flush their toilet,” Tim McCarley said.

Back at Voght's Bly ranch, his livestock are safe. He and his cattle dog Tilly drove them down from the hilltops just before the flames arrived. But Voght didn’t get out unscathed. The fire burned half his grazing land. What’s more: He worries a local industry is in jeopardy.

“Between the drought and the lack of irrigation water, it's decision time for a lot of people,” he said. “Am I going to keep the cows or are they going to go to town? Are they going to be sold?” 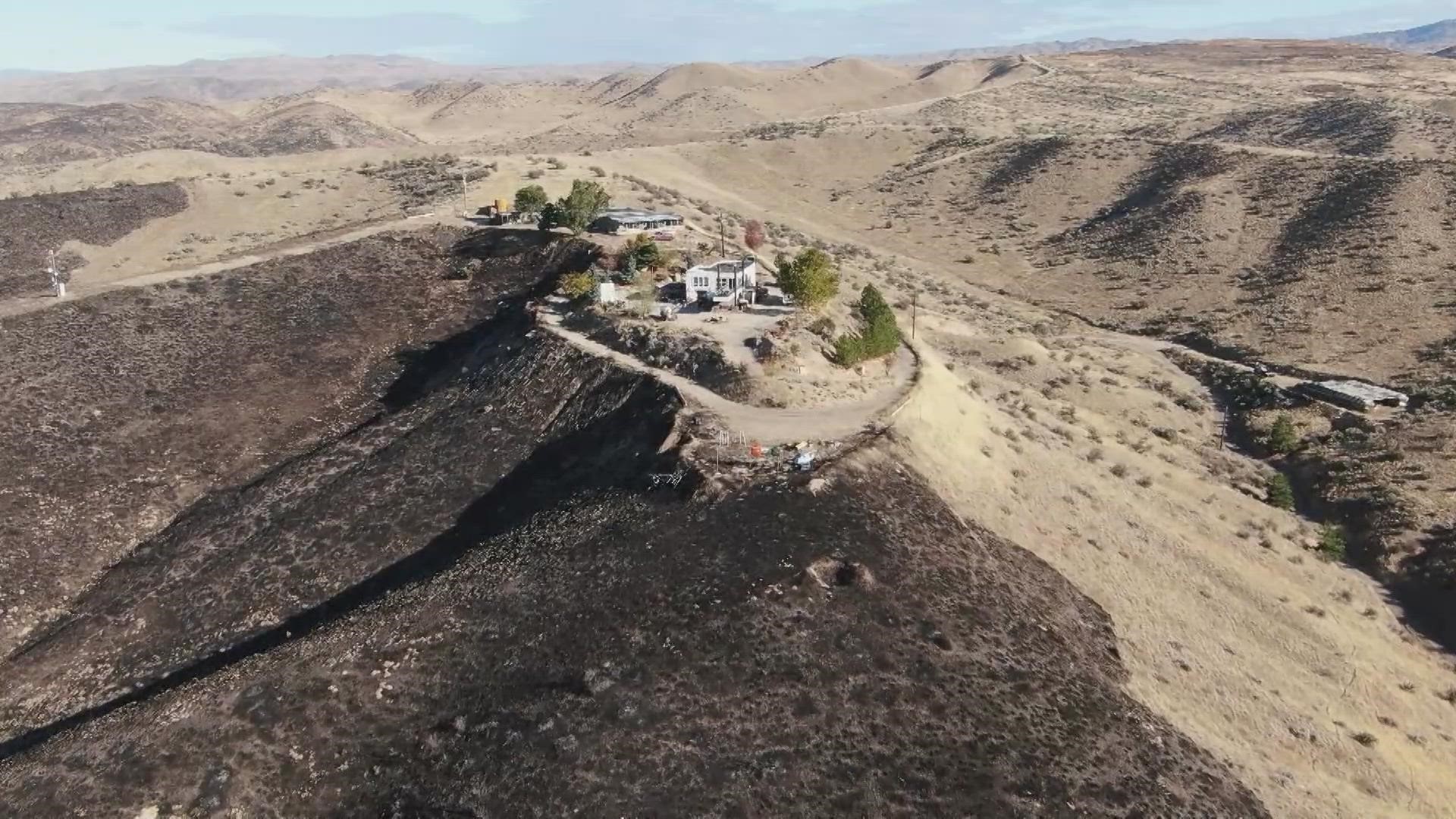