Russell King and Fawn Smullin recently built a home near Bly. It took several years to construct but only hours to be destroyed by wildfire. 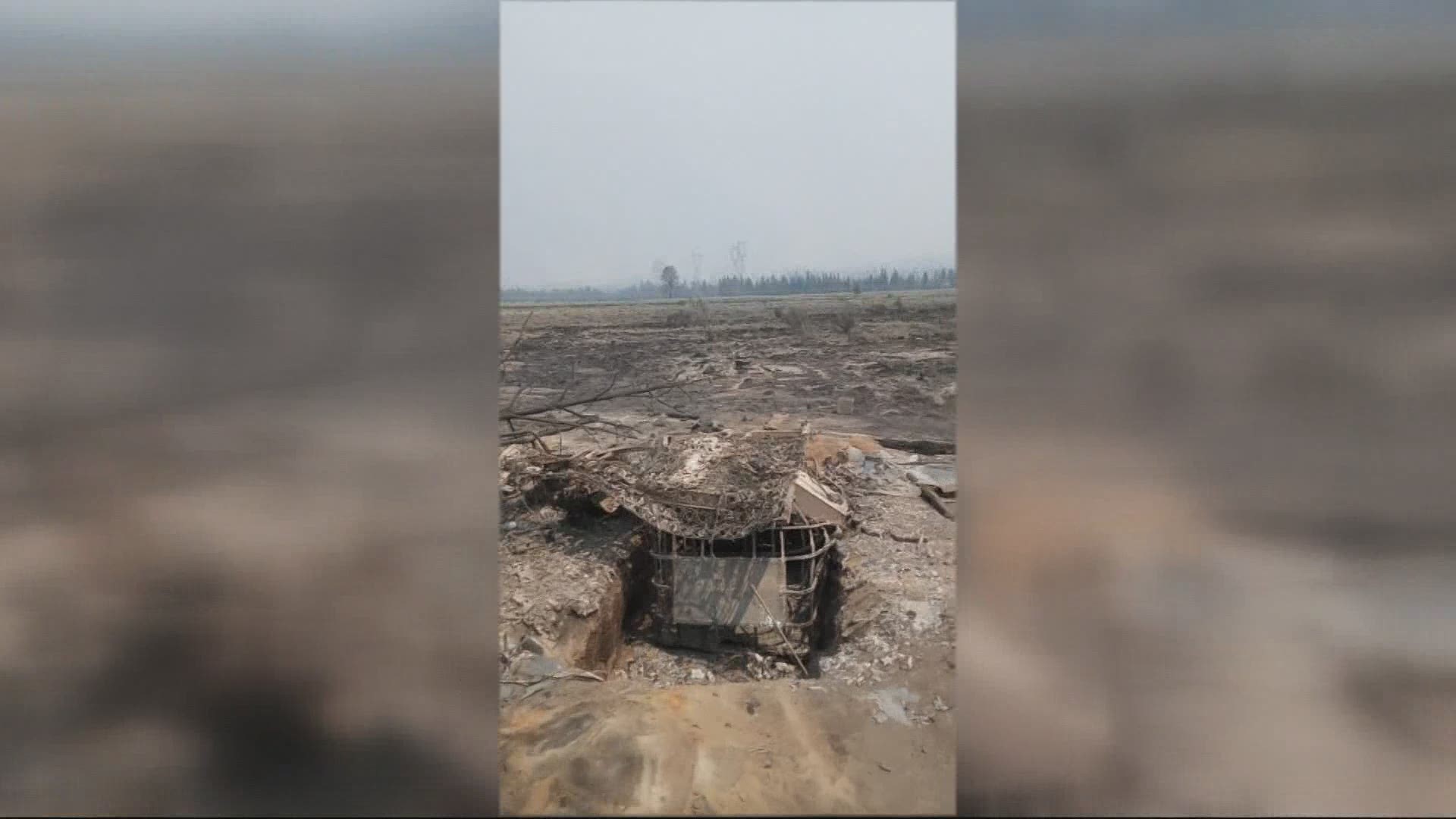 KLAMATH COUNTY, Ore. — Families that lost everything in the Bootleg Fire are working to figure out how to recover. Russell King and Fawn Smullin recently built a home near Bly. It took several years to construct, but only hours to be destroyed by wildfire.

"It's all burnt," Smullin described. "It's ankle-deep ash."

In an emotional video, Russell's voice can be heard as he walks through the property and surveys the damage.

"Here's my truck," he says as his voice breaks, the camera showing melted patches of aluminum on the ground surrounding the burned shell of a Nissan pickup.

The couple is now safe, staying with a friend in Yamhill County, but nearly everything they owned is gone.

Just days before the couple's escape, King helped neighbors fend off flames a few miles from the property.

"[We] personally started fighting the fire four days before we saw a fire crew," King said.

However, flames overtook the area, and the couple had to evacuate.

"I don't know how we managed to squeeze through, but we did," King said.

"It was like Armageddon up there," Smullin added. "The sky was dark, the sun was red."

In this video, an Oregon firefighter explains how crews take on those hot spots to prevent more flare ups:

"It's incredibly sad, and we're not the only ones up there that have lost everything," Smullin said. "We're lucky we had a friend who could takes us in for a couple days."

The pain is fresh for Smullin and King, who are now considering a move to Arkansas to stay with family.

They said they would forever be thankful for the Oregonians who stepped in to help them with clothes and shelter.

"Something happens in Oregon if something does happen to people," Smullin said. "We do come together...We made it out alive, we're together...a lot easier to cope that way."

RELATED: After wildfires destroyed property, camp for Oregonians with disabilities is back on this summer