Wildfire smoke could stick around in Idaho until the fall, expert says

The nation's largest wildfire burning in Southern Oregon has grown to more than 227,000 acres. 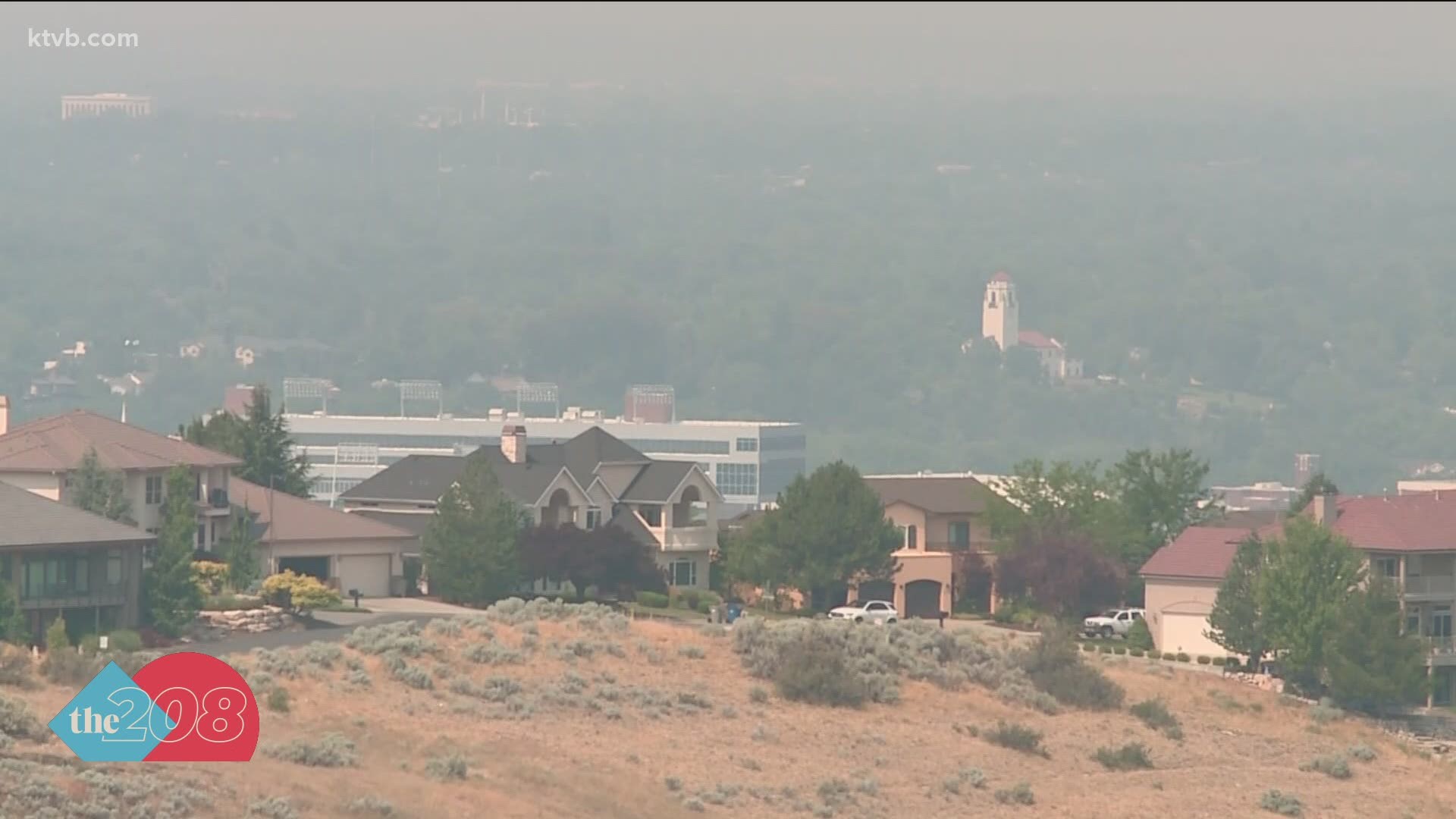 BOISE, Idaho — Smoke from wildfires across the western U.S. continues to pour into Idaho causing the air quality to worsen in many areas, including the Treasure Valley.

The latest air quality index from the Idaho Department of Environmental Quality (DEQ) shows much of the Treasure Valley in the yellow or moderate category.  But the AQI is at 98, just below orange or unhealthy for sensitive groups. It is expected to remain that way through Saturday, July 17.

"We are looking at a couple of months at least with wildfire smoke in areas," said Mike Toole, the regional airshed coordinator for the DEQ. "Long term, I think we are going to see the smoke through the summer and into the fall."

Toole said the mid to moderate index is going to be the consistent number that is seen, with some days higher and some days lower, but overall no big relief coming soon.

"Our area is very weather dependent for air pollution and air quality and being surrounded in every direction with wildfires at some point depending on where the winds are coming from we will have smoke coming in," Toole said.

DEQ and health experts recommend people in sensitive groups limit the time spent outdoors and avoid prolonged exertion. Those in the sensitive to poor air quality group include people with underlying lung disease like asthma or emphysema and being young also increases sensitivity.

Smoke from the Snake River Complex burning south of Lewiston and the Dixie Fire in north-central Idaho are sending smoke south, but little of it is reaching the Treasure Valley. McCall has been impacted, getting into the orange range during certain parts of the day.

So where is the smoke coming from? KTVB meteorologist Jim Duthie says the Bootleg Fire, which has burned more than 227,000 acres in Southern Oregon, is by far the biggest producer of smoke in our area. He estimates that 80-90 percent of the smoke filling our skies is coming in from the west.

Another source of smoke is the Beckwourth Fire that has burned more than 100,000 acres of timber in Northern California near the Nevada border. Prevailing southwest winds are moving smoke from the wildfire into Southern Idaho.

Thursday morning, the US National Weather Service in Boise posted the latest wildfire smoke projections on its Facebook page. The video shows the massive Bootleg Fire is continuing to produce a large amount of smoke that's blowing into Idaho.

It’s been unseasonably hot and dry in Idaho for the past several weeks and Duthie says it will likely get worse. “The fire season historically doesn’t hit us so early. Drought and this heat wave are sticking with us,” he said.

Fire managers are predicting that many western wildfires will burn into the fall or until we start to get some winter weather.

Duthie says there could be a change in our weather pattern this weekend. It will remain hot but monsoon moisture from the south could bring thunderstorms into the Gem State. That means a chance of gusty winds near those storms and the possibility of lightning, which could ignite more wildfires.

A lot of people are tired of the smoke-filled skies and may be wondering where they can go to escape this. You might think the air is easier to breathe at higher elevations, but Duthie says that’s not the case. “There’s really no place nearby to get away from it,” he said.

Here is a current view from the GOES satellite of the smoke. #idwx #orwx