Some evacuation orders in Santa Rosa and Calistoga have been downgraded to warnings. 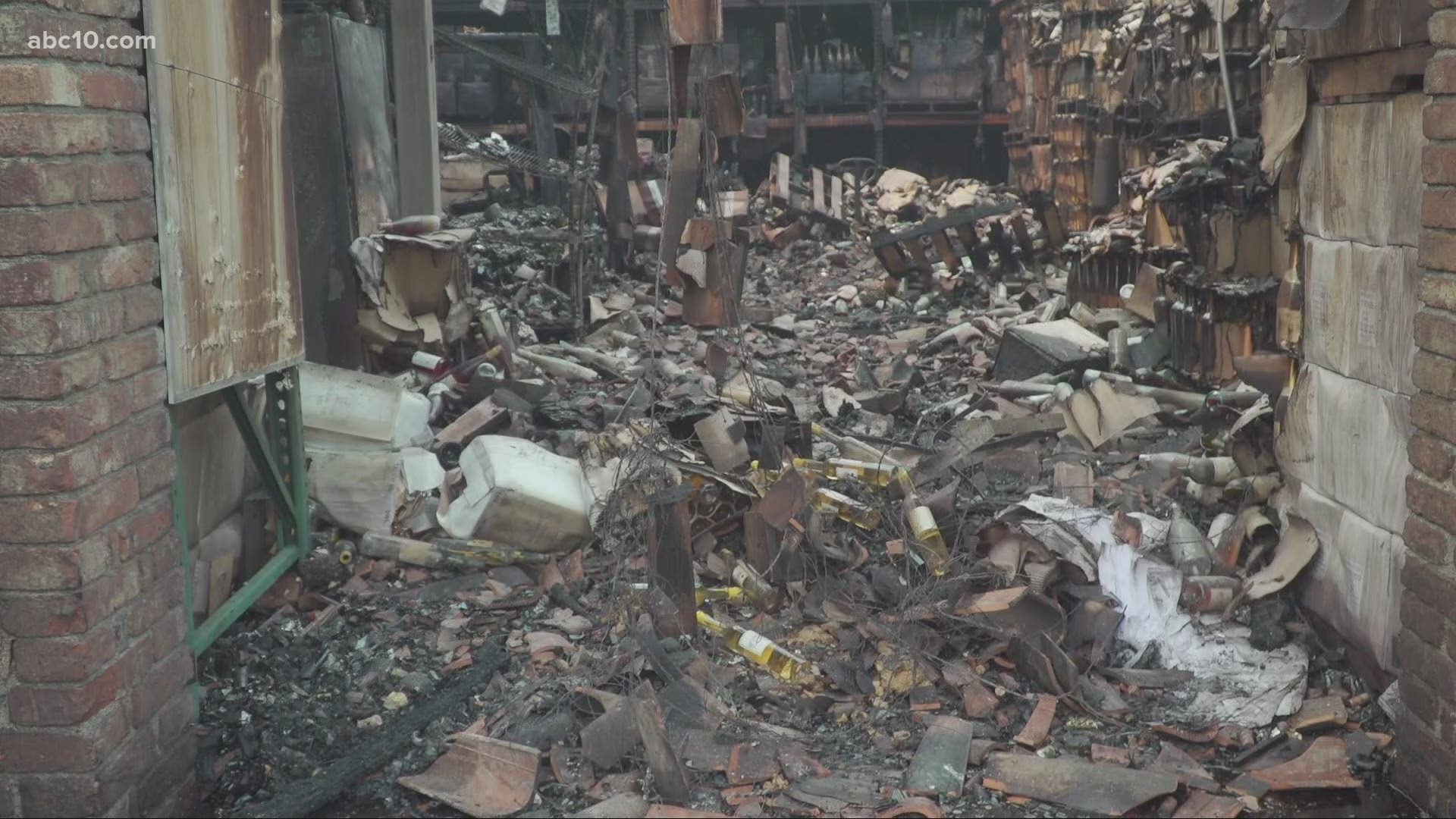 Click here for the latest story on the Glass Fire.

SONOMA COUNTY, Calif. --  A new evacuation order has been issued for some residents living just to the west of Calistoga, Tuesday night.

According to Cal Fire, the order is in place for “all areas west of SR29/128 (Foothill Blvd) to the county line, between Diamond Mountain Road and Petrified Forest Road.” The area was previously under an evacuation warning but authorities upgraded to an order Tuesday night.

Tap here to see the latest information from Cal Fire.

Firefighters made slight progress in their fight against the Glass Fire burning in Napa and Sonoma counties.

According to the latest numbers from Cal Fire, the fire has burned 46,600 acres and is 2% contained. The acres burned increased by a little more than 4,000 since the early afternoon hours.

Several evacuation orders caused by the fire have been downgraded to evacuation warnings. Other warnings have been lifted altogether.

Tap here to see the latest information from Cal Fire.

Every firefighter who could work came to work and most are still out there, Santa Rosa Fire Chief Tony Gossner said during a press conference Tuesday.

As firefighters that haven’t slept since Sunday, worked to protect homes and mop up hot spots, homeowners like Leo Sheerin are breathing a sigh of relief.

“I don’t know I guess it’s God’s grace that we still have a house to live in," Sheerin said. "So many people lost their homes."

He stayed behind during evacuations, just like he did during the Tubbs Fire in 2017.

“No, you can’t sleep during that when you see that whole ridge across burning," Sheerin said. "No, you’re not going to get any sleep knowing how fast it moves."

Meanwhile, many Santa Rosa homeowners that did chose to evacuate on Sunday returned on foot to check on their homes two days later.

Eighty structures, described by Cal Fire as "single-family residences" have been destroyed across two counties, as 28 of those structures are in Sonoma County.

Jones and her family came back to pull out valuables, basic essentials and even something for their dog.

“He wouldn’t leave the house without the dog bed!” she said.

Still, she says her family has become all too familiar with evacuations like these that continue to happen, year after year.

“California has had a lot of stuff happen in the last couple of years and it’s just unfortunate that it keeps happening," she said. “It’s just like, how much more can one state take?”

Jones is hopeful her home will be ok, this time around, even though evacuation orders are still in place. There is no word yet on when they’ll be allowed back in for good.

Some evacuation orders and warnings in Santa Rosa have been lifted, according to a tweet from Cal Fire.

Effective immediately, the following evacuation orders have been downgraded to warnings:

Calistoga: South/Skyhawk, for the following areas within this zone:

Melita: For the following areas within this zone:

The following evacuation orders have been lifted:

More evacuation orders have been issued as the Glass Fire has grown to more than 42,000 acres with no containment. The fire spans both Sonoma and Napa counties.

According to Santa Rosa Police Chief Ray Navarro, multiple people who have been reported missing have all been found.

Santa Rosa Fire Chief Tony Gossner said during the press conference that every firefighter who could work, came to work and most are still out there. He urges everyone to do their part in times like this.

The Glass Fire started around 4 a.m. Sunday, Sept. 27, according to Cal Fire LNU Unit Chief Shana Jones, who added that those in evacuation areas need to leave.

"A garden hose is not going to protect your home," Jones said. "You need to leave so that we can protect you."

She added that her unit's first priority is life safety. She also worries that this isn't the only fire crews will have to fight this year.

"This could happen again," Jones said. "I pray to God it does not, but we still have a lot of fire season to go."

Destruction left behind by Glass Fire in Napa, Sonoma counties

You can watch live by clicking on the video below. If that does not work, click here.

An evacuation warning in Napa County has been upgraded to an evacuation order, according to a tweet from Cal Fire Tuesday morning.

Firefighters say they hope dying winds will allow them to bear down on a wildfire that's exploded in the Northern California wine country. The Glass Fire tripled in size Monday, with about 70,000 people under evacuation orders, including the entire town of Calistoga.

On Monday, California Gov. Gavin Newsom issued an emergency proclimation for Napa, Sonoma, and Shasta counties because of the impacts the Glass and Zogg Fires, which includes thousands of acres burned, buildings and homes destroyed, and the evacuation of residents.

So far in this year’s historic fire season, more than 8,100 California wildfires have killed 29 people and destroyed 7,000 buildings.

An evacuation map and details on evacuations and evacuation shelter for the Glass Fire are available on the Napa County website HERE or on the map below.

Roads are closed in the area of the fire.

It's not climate change vs forest management. It's both | California Wildfires in Context