Idaho could be at 'significant fire risk' through September

With over 80% of the state in a drought, according to National Interagency Fire Center, Idaho is already in peak fire season conditions. 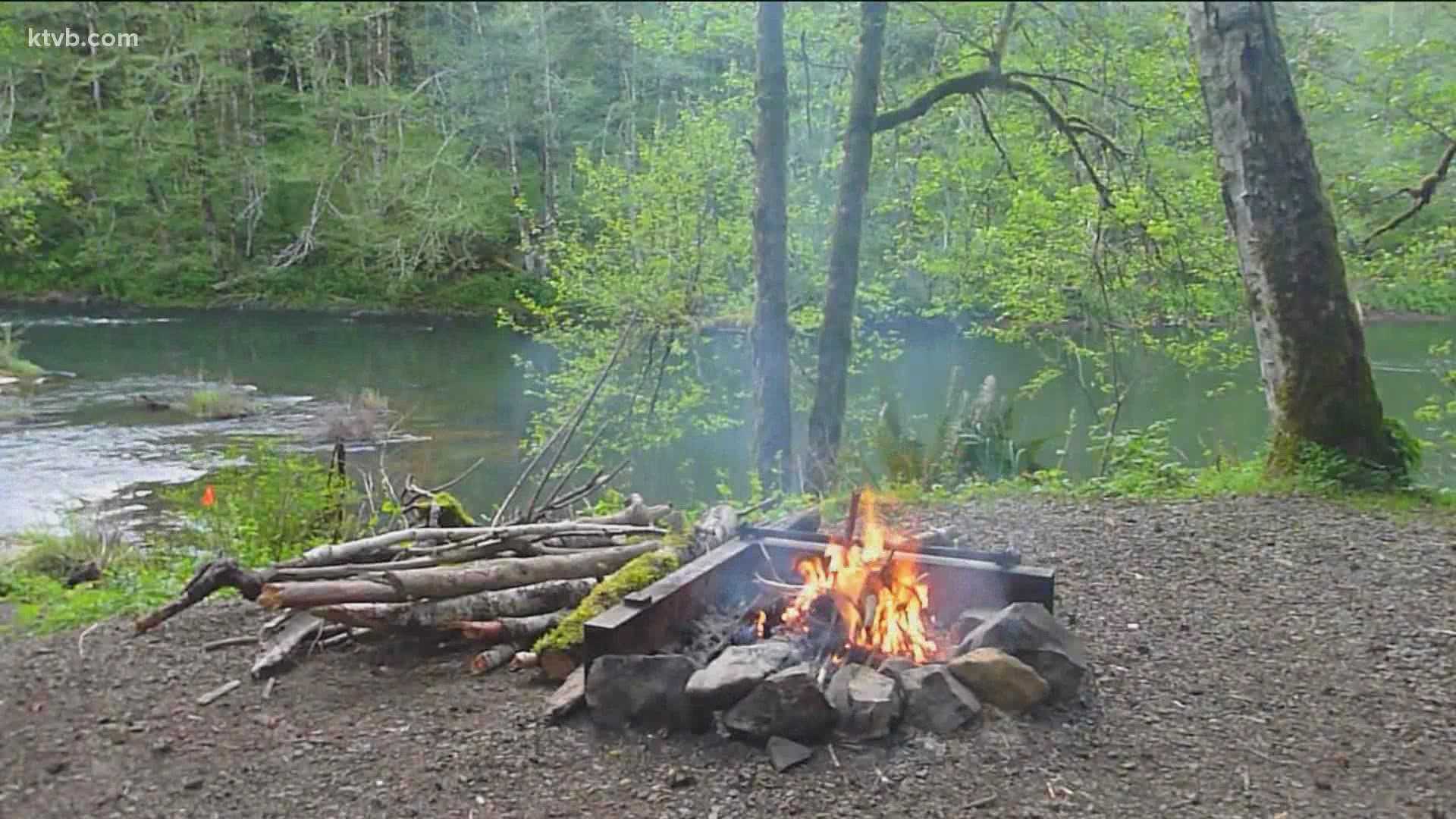 BOISE, Idaho — Idaho’s drought conditions have led the Gem State to be at an above-normal risk for significant fires, according to the National Interagency Fire Center.

In a news conference on Thursday morning, the NIFC predicted that the increased fire risk will last through September, peaking in July and August. The news conference included officials from the Bureau of Land Management, United States Forrest Service, Idaho Department of Lands and Idaho Firewise.

They all agreed fighting wildfires is a team effort.

“Without each other, our chances of success are pretty minimal,” Idaho Department of Lands Fire Management Bureau Chief Josh Harvey said.

All agencies are urging the public to help prevent wildfires and reduce risk during extremely dry conditions.

“We’re about a month to two months ahead of schedule. Essentially seeing near or peak values for fire danger right now,” Nick Nauslar, who's with the NIFC, said.

Harvey is concerned about the dry conditions heading into the Fourth of July weekend.

Fireworks typically burn at more than 2,000 degrees, whereas a campfire often burns at less than 500 degrees, according to Harvey. It’s for reasons like these he recommends attending a public firework show in place of a typical private celebration.

“[Firework fires] tend to be near where people live. So, they can be very destructive fires and they can be fires that injure people,” Harvey said.

To protect your home during this fire season the Idaho Firewise said people should remove debris from their property – that includes the gutter and below the deck. People should also have a five-foot barrier of gravel around their home and store firewood at least 30 feet away from their home, according to Idaho Firewise.

“It’s really a lot of maintenance. We want to make it lean, mean, and green,” Brett VanPaepeghem with Idaho Firewise said.

Data from NIFC shows over 300 human-caused fires have burned more than 8,800 acres of Idaho land in 2021. Over the last 10 years, wildfires have burned a total of approximately 675 homes and other structures.

“Please recreate responsibly. Protect our firefighters. Protect our natural resources," Harvey said. “I want you to enjoy your Independence Day and celebration, but please be careful.”