The fire, which started on Sunday, is only 2% contained. 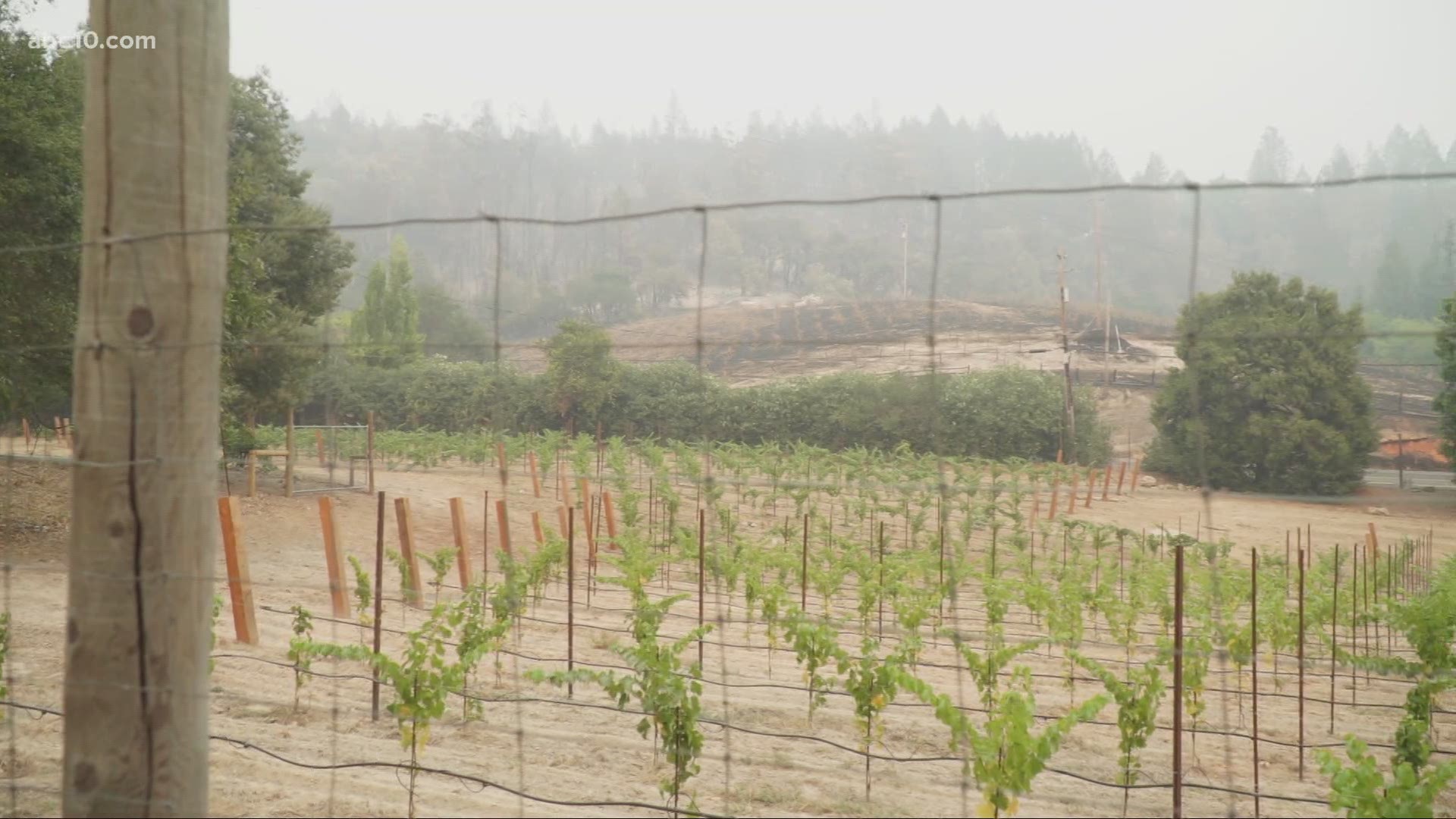 Click here for the latest story on the Glass Fire.

Here are the areas that are under mandatory evacuation orders:

Highway 29 from Tubbs Lane to the Lake County line is still open for traffic.

Cal Fire Battalion Chief Mark Brunton said a portion of the Glass Fire is burning in an area that has had "no fire history" in more than 80 years.

"(The area) had the amount of fuels, the fuels were super dry due to the droughts and stressed vegetation, dry conditions, and the wind and all that combined created the situation we're in now," Brunton said.

Sonoma County officials are holding another joint press conference to share the latest updates on the Glass Fire.

More than 22,000 structures are being threatened as the Glass Fire has grown to more than 48,000 acres and is only 2% contained.

While 80 single-family residences are confirmed to have been destroyed, Cal Fire expects that number to likely go up. During a press conference on Wednesday, fire officials also confirmed two commercial structures have also been destroyed.

While some people were able to return to their homes in Santa Rosa, Police Chief Rainer Navarro is reminding residents many areas are still under mandatory evacuation orders and warnings and officers are patrolling the area.

"Remember that evacuation orders continue to remain in place, that is is unlawful to be in those areas," Navarro said. "It is unsafe."

Navarro said no looting or burglaries have been reported. Napa County Sheriff Jon Crawford echoed Navarro's sentiments, asking people to stay our of the evacuated areas until it is safe.

"Evacuated zones are dangerous," Crawford said. "There is still active fire, trees falling without warning and powerlines on the ground. We ask for your continued patience."

However, Sonoma County Sheriff Mark Essick said there have been five incidents of people entering evacuation zones who did not live in the area. Essick believes the suspects were looking for crimes of opportunity, but were taken into custody before anything unlawful could happen.

Essick is reassuring the evacuated public that approximately 86 deputies are patrolling the areas 24 hours a day.

"They are there to ensure your property is safe," Essick said.

Two firefighters were forced to take refuge under fire shelters Sunday night, according to Cal Fire. The aluminized cloth tents shielded the firefighters from the heat and unbreathable air after intense fire conditions were fueled by gusty off-shore winds. They were uninjured in the incident, but several vehicles were damaged.

On Thursday, more wind is expected, with gusts higher than 25 mph, specifically near the area of the Glass Fire. A Red Flag Warning has been issued for those areas from 1 p.m. Thursday to 6 p.m. Friday.

Santa Rosa Fire Chief Tony Gossner is urging everyone to prepare and pay attention to this wind event.

"You dont know how serious it is until it happens to us," saod Gossner. "We need all of our citizens to pay attention and do the right thing.

You can watch live by clicking on the video below. If that does not work, click here.

High winds that spread new fires this week in the Napa and Sonoma wine country and in far northern California have been reduced to breezes but vegetation is still ripe for burning in high temperatures amid very low humidity. The National Weather Service says Wednesday that the weather conditions will last for several days.

Moderate northerly winds will spread wild fire smoke over much of the Sacramento Valley and into the northern San Joaquin Valley today and Thursday. #cawx pic.twitter.com/I9Pxp8OMPu

Thousands of California's weary wine country residents are confronting yet another devastating wildfire.

The Glass Fire has scorched over 48,000 acres, destroyed about 95 structures, and forced nearly 70,000 people to evacuate their homes, including the entire town of Calistoga and parts of Santa Rosa. The fire is only two percent contained.

It's the fourth major fire in three years in the Napa-Sonoma area. The region is nearing the third anniversary of the 2017 Tubbs Fire that killed 22 people. For many, seeing the blaze come over the iconic ridges was a painful reminder of the losses in 2017.

The Sonoma County Sheriff Mark Essick acknowledged “fire fatigue" during a press conference on Tuesday. Essick also noted there have not been any deaths, and so far, nobody has been reported missing.

So far in this year’s historic fire season, more than 8,100 California wildfires have killed 29 people and destroyed 7,000 buildings.

An evacuation map and details on evacuations and evacuation shelter for the Glass Fire are available on the Napa County website HERE or on the map below.

Roads are closed in the area of the fire.

It's not climate change vs forest management. It's both | California Wildfires in Context