The sprinkler is designed as extra insurance for people in fire prone areas. It's meant to help in addition to creating defensible space before fires start. 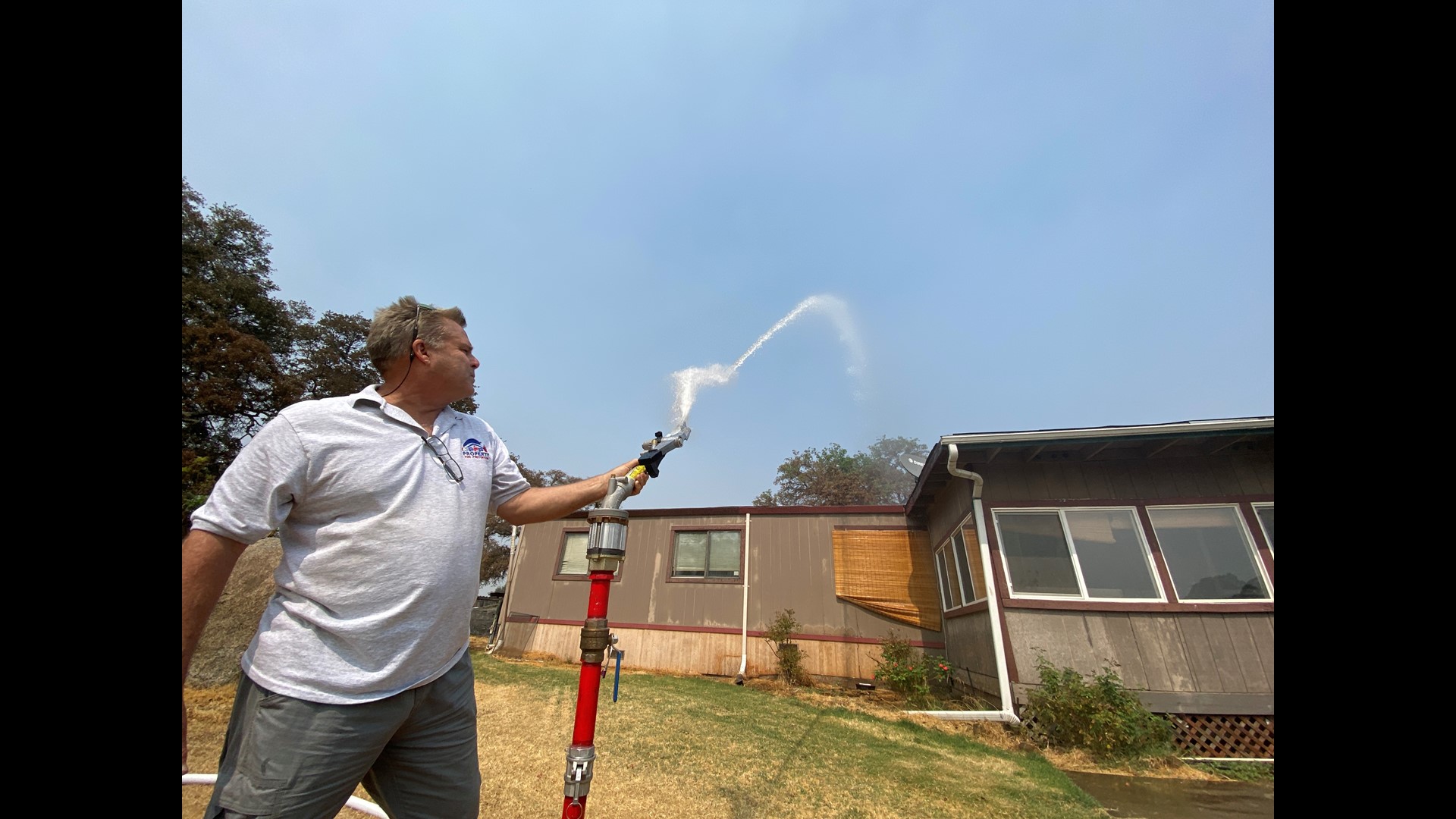 LINCOLN, Calif. — Many homeowners lost everything after evacuating from the wildfires this season. A lot of the time, there was little they could do to protect their homes, but now there’s a new option.

Property Fire Prevention company started after seeing what was left over after the Oakland Hills Wildfire in 1991.

“There was one house after another that was burned down and almost every house had a swimming pool,” says Earl.

A swimming pool is the ideal water source for the sprinkler. Although, the gas-powered water pump can be piped to a pond or water tank as well.

The average swimming pool is around 20,000 gallons. That means the Hydro-Halo can douse a home with pool water for 4 or more hours and a held fire hoses can be added to the system. Basic Hydro-Halo systems cost around $6,000.

Earl says its designed as extra insurance for people in fire prone areas. So when wildfires start and evacuations are issued, it can help protect the home while the homeowners are gone.

“The whole idea is to start this thing up, let it run and evacuate,” says Earl.

The Hydro-Halo is not meant to replace creating defensible space around your home. It’s meant to add to it.

Watch the Hydro-Halo in action on the Property Fire Prevention website.