Officials say wildfires are no longer burning during a season but are active year-round. 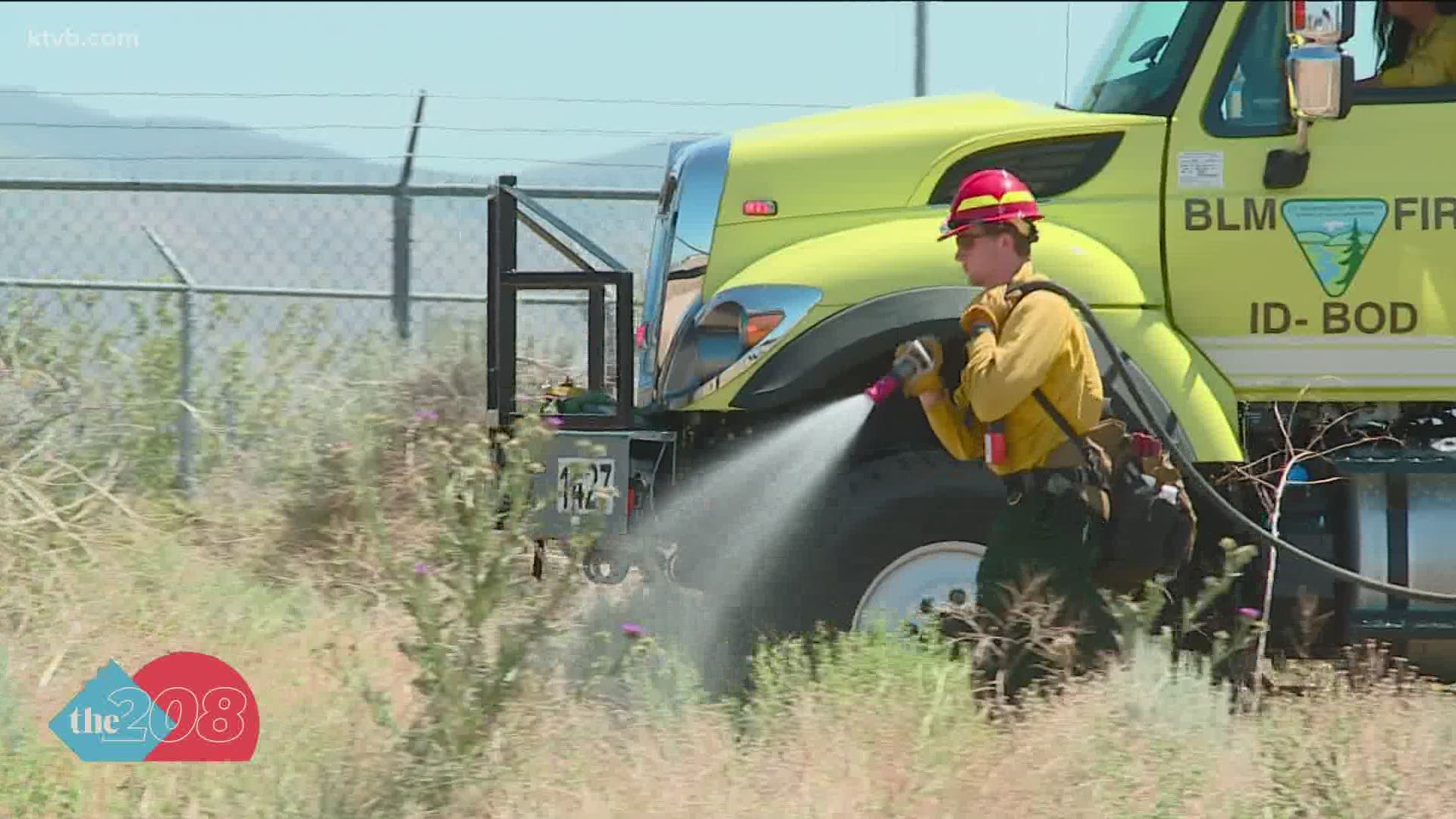 BOISE, Idaho — The National Interagency Fire Center or NIFC announced it's making a big workforce transformation. The transformation is to make the typical seasonal job a year-round, full-time one. That’s because wildfires are no longer burning during a season but are active year-round.

Hot shot crews, engine crews, smoke jumpers, and water tender drivers will be among the many eventual year-round positions.

With wildfire risks higher than ever before and fire growth at unprecedented rates, NIFC says the need to fight against these fires across the country, is a full-time battle.

"In Idaho, we were lucky last year, we dodged a bullet and hopefully we do this year too but you know you cannot live on chance,” said Moji Sadegh an assistant professor for the Civil Engineering Department and climate expert at Boise State University.

"It's not good, it's our reality, as the climate warms, we are going to see more and more of this,” said Sadegh.  "As we have earlier snowmelt, as we have warmer climate, the vegetation doesn't hold the water long enough, so they dry out and they start to burn."

He added, that the population growth the Gem State is experiencing is not helping combat climate change.

"Population growth means that we are going to have higher vulnerability because we are building into the forest, we are building cabins, houses etcetera, into highly risk fire zones,” he said.

Sadegh said people need to start thinking about making sure surroundings are more resilient to wildfires because year-round fires are something we are going to have to learn to live with.

"Having those trained staff is necessary to avoid casualty because those seasonal staff might not have the training, might not have the knowledge of fire behavior, but the trained staff who are there year-round are going to have that,” he said.  "This is our new normal, this is what we have to get used to, so it’s bad but, that's our new life, we are going to need them."

"This is something that has been several years in the making, however funding, is critical, we definitely need the funding in order to transform the workforce,” Gardetto said. "Doing it piece by piece allows us to adjust for the needs of the workforce and to plan for future needs while considering what's best for the firefighters as well, what they want."

NIFC received funding from Congress through the Department of Interior budget to be able to offer full time opportunities. Some seasonal opportunities will still be available but most roles that are on scene, whether in the air or on ground fighting fires, will eventually be transitioned to full-time ones.