One less human-caused wildfire: Knowing how to properly extinguish a campfire 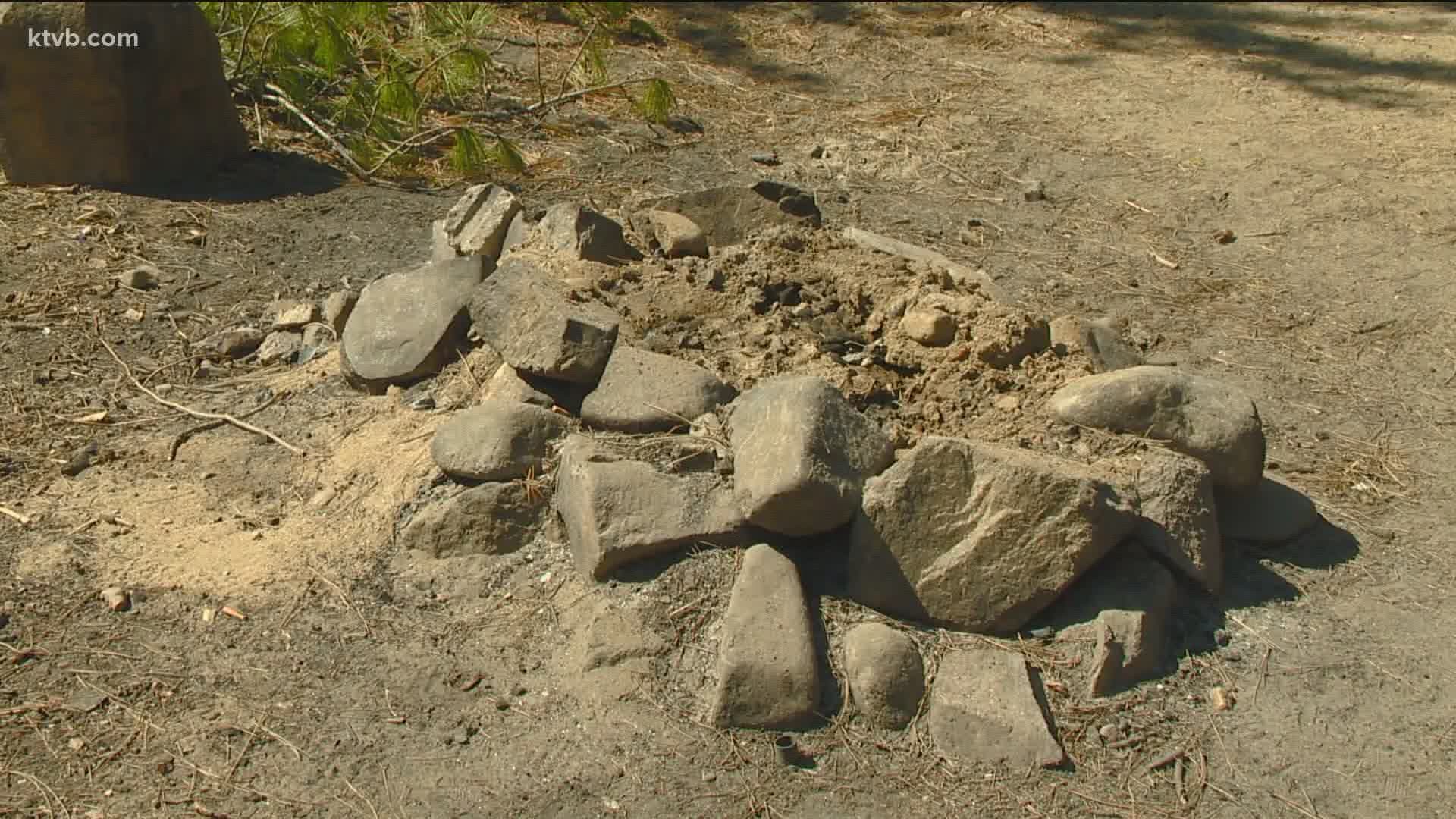 BOISE, Idaho — With about 85% of wildfires caused by humans, it's important to pay attention during any and all camping trips. As more people plan to head outdoors this summer, the Boise National Forest Service is stressing the importance of knowing how to manage your campfire.

"It's just basically coming up here, escaping the city limits and just having fun with your family members and friends," 19-year-old Alex Corbett said about why he enjoys camping.

Corbett and his family took a trip to Grimes Creek near Idaho City to set up their campsite Tuesday. Of course, their campsite is not complete without a campfire.

From an early age, Corbett said he and his siblings were taught how to be safe around a campfire, which includes the responsibilities that come with it.

"You don't want to set it up if it's windy out here," Corbett said. He added if the wind picks up embers from the fire and blows it onto dead grass it could create a forest fire.

Boise National Forest said it's not just the conditions people need to be aware of; it's also knowing how to properly extinguish a campfire before leaving.

"On a typical Sunday in a high use area you can find upwards of 10 abandoned campfires," said Kailie Leggett with the Fire Prevention Patrol for the Boise National Forest.

"When looking back at numbers for 2019, it wasn't significantly more so we're seeing that on average," Leggett said.

According to the Forest Service, hot and dry conditions are widespread throughout the region. They expect these patterns to continue for the rest of the 2021 fire season. Knowing how to properly put out a campfire will be crucial in keeping forests safe.

"You know a lot of the time you may see there is no smoke and there is no flame but it's still holding a lot of heat in that white ash," Leggett said was a common mistake when putting out a campfire.

A campfire is out when it is cool to the touch.

Dousing it with water helps, but be sure to stir it around so all embers lose their heat. People can test if the fire is out by feeling for heat with the back of their hand. Leggett said to continue to pour water and stir the fire until it is cool.

If a campsite is not by a water source, using dirt can work too.

"Definitely think ahead," Leggett said. "Make sure that you're investing in gear like a shovel, something to stir your fire with, a bucket to catch water or saving water."

Boise NF also reminds people to pack it in, pack it out. They ask everyone to take their trash with them when leaving their campsite.

"Your fire ring isn't a garbage can.," Leggett said. "Please don't burn things in it especially aluminum cans and leave those for the next people that come along."

As the Fourth of July approaches, there is also a reminder to the public that fireworks are illegal on public lands. That means people cannot light fireworks at forests and campsites.