Utilities must work with the state's Office of Emergency Services to join their warning programs with existing state and local emergency warning systems. 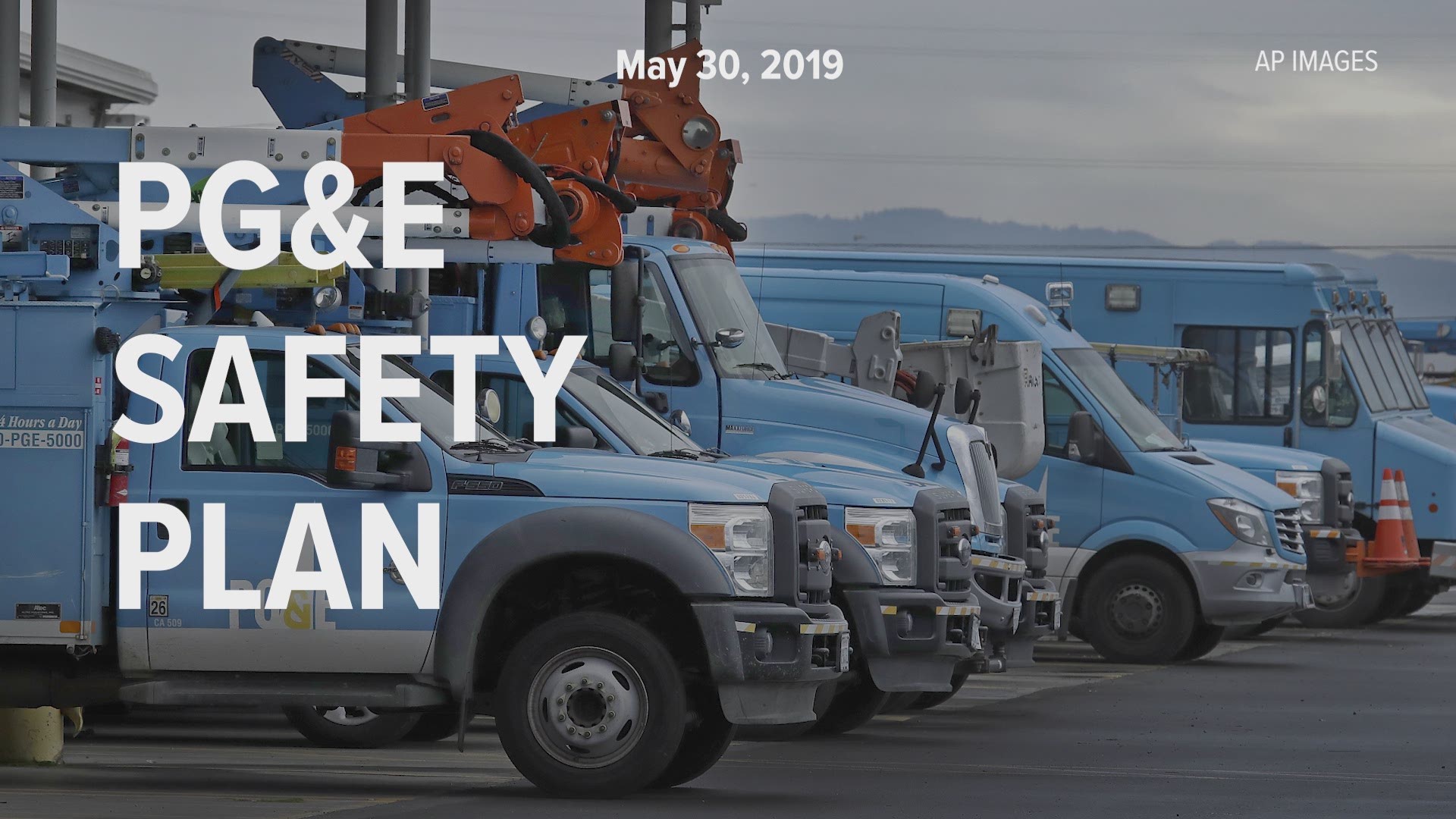 SACRAMENTO, Calif. — California regulators on Thursday approved allowing utilities to cut off electricity to possibly hundreds of thousands of customers to avoid catastrophic wildfires like the one sparked by power lines last year that killed 85 people and largely destroyed the city of Paradise.

Utilities' liability can reach billions of dollars, and after several years of devastating wildfires, they asked regulators to allow them to pull the plug when fire risk is extremely high. That's mainly during periods of excessive winds and low humidity when vegetation is dried out and can easily ignite.

The California Public Utilities Commission gave the green light but said utilities must do a better job educating and notifying the public, particularly those with disabilities and others who are vulnerable and ramp up preventive efforts, such as clearing brush and installing fire-resistant poles.

The plans could inconvenience hundreds of thousands of customers while endangering some who depend on electricity to keep them alive, like 56-year-old Kallithea Miller.

Although she lives far from wildfire danger near a shopping mall in Stockton, south of Sacramento, she relies on a refrigerator to cool her insulin and a machine to keep her breathing at night.

The precautionary outages could mean multiday blackouts for cities as large as San Francisco and San Jose, Northern California's major power provider warned in a recent filing with the utilities commission.

Pacific Gas & Electric anticipates cutting the power only in "truly extreme fire danger weather" while recognizing that there "are safety risks on both sides of this issue," vice president Aaron Johnson said.

PG&E initially planned to de-energize power lines in at-risk rural areas but has since expanded its plans to include high-voltage transmission lines like the one that sparked the nation's deadliest wildfire in a century. The blaze last November killed 85 people while wiping out nearly 15,000 homes in and around Paradise.

"I know it inconveniences people, but it's a small price to pay for not having the kind of devastation that we had in Paradise," Mayor Jody Jones said. "Everyone I know in Paradise knew that PG&E might cut the power off. I didn't see that as a problem. The problem was that they didn't actually shut it off."

Utility equipment has been blamed for many of California's most destructive and deadly wildfires in recent years.

Other major California utilities have similar plans that commissioners unanimously approved Thursday, also warning that outages could extend into cities under some conditions.

"We're worried about it because we could see people's power shut off not for a day or two but potentially a week," Gov. Gavin Newsom said as he recently called for California to spend $75 million to help communities prepare. "This is high winds, severe weather, turn off the electricity so it doesn't ignite a fire. It's a good thing — unless you're impacted."

The elderly, people with disabilities and language barriers, and poorer residents in remote areas with limited transportation or communication are also at greater risk. Cellphone networks can fail, computers and internet phone lines won't work, traffic signals go dark and there can be problems with communication systems, water treatment facilities and emergency services.

Utility representatives said they are doing their best to work with emergency responders and community groups to warn vulnerable customers, as the Public Utilities Commission required.

"What the PUC can do is basically lay out the expectations for what the utilities need to do. Where the rubber meets the road is how the utilities operationalize, particularly on the notification," said Mark Toney, executive director of the Utility Reform Network.

The option to pull the plug isn't new, though state officials expect it to be used much more frequently.

Once power is shut off, the utilities must inspect every de-energized line before they restore power, a process that can keep the lights out for days even after conditions improve.

Both PG&E and Southern California Edison used their new authority last fall, with many residents and local officials upset that stores, businesses and schools had to close for lack of electricity.

Calistoga Mayor Chris Canning said his city of 5,200 residents in the Napa Valley was the first to experience a PG&E power outage, "so we learned firsthand how that goes — not well."

He cited poor communication, which utility representatives said they are working to improve, but praised PG&E for now trying to keep makeshift power flowing to key areas of town in the next outage.

Miller said her backup plan is a cat named Mojo who instinctively paws at her face whenever she stops breathing.

"It puts us in a dangerous situation and a stressful situation," she said. "If they have a blackout that lasts for five days, I'm screwed."