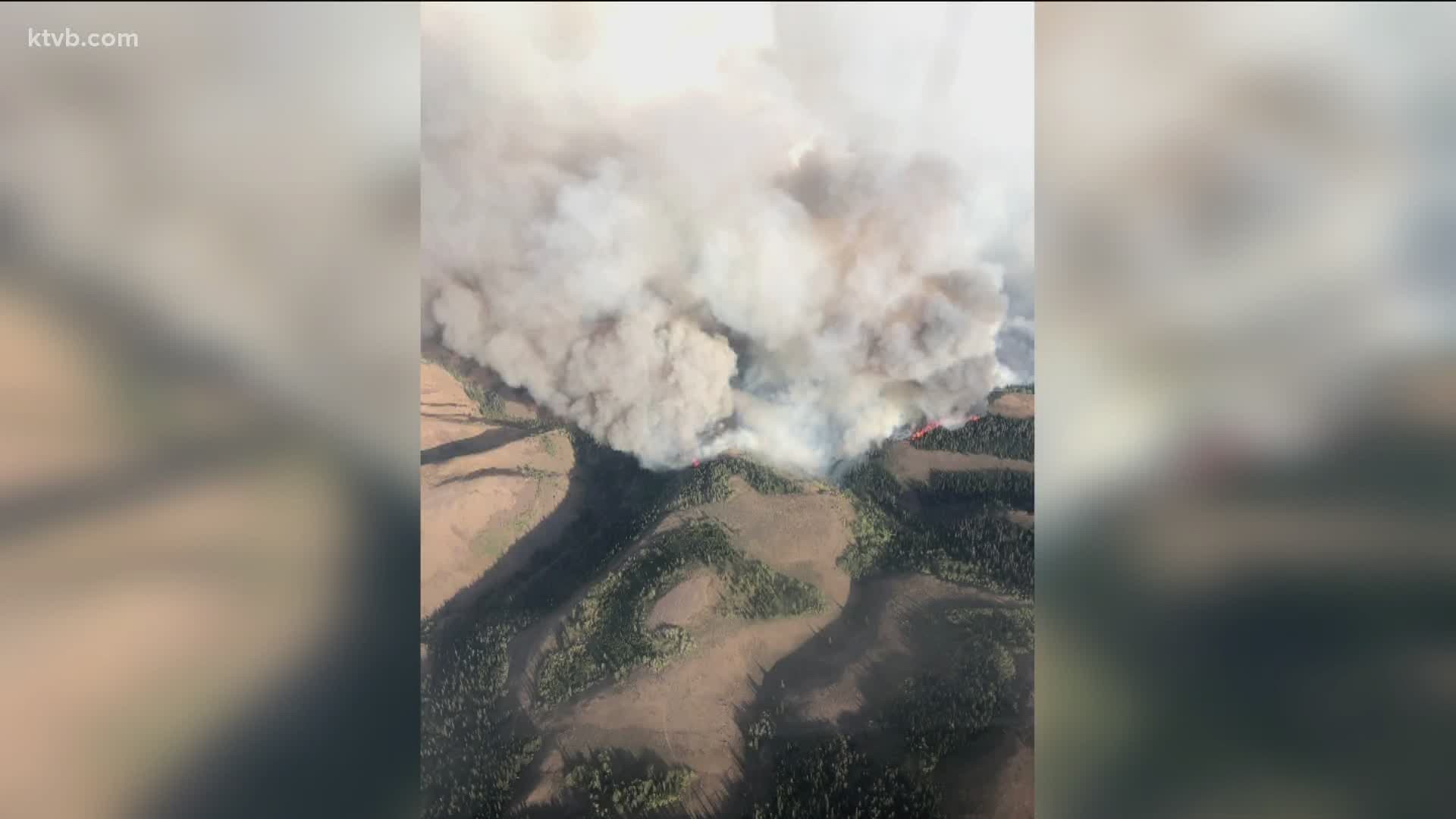 BOISE, Idaho — As of Sunday morning, the Badger Fire in southern Idaho is estimated to be burning at 90,143 acres and 94% contained.

A high pressure system remains in place until Saturday afternoon. Until them, expect clear but smoky skies and higher than normal temperatures with very low relative humidity in the afternoons. Winds are expected to become gusty in the afternoons, reaching 20 mph in some areas.

The Badger Fire Road, Trail, and Area Closure is still in effect. As hunting seasons open, hunters are reminded the closure is in place for their safety as well as the safety of firefighters.

Muzzleloader and rifle season for antelope has begun in Game Management Unit 54, much of which is in the fire closure area. Hunting is not permitted within the closure area. Those who wish are being offered the opportunity to exchange or rain check their tags by the Idaho Department of Fish and Game.

Interactive Badger Fire map: Use the below map to track all of the fires burning in Idaho and across the West Coast below

Heavy equipment is being utilized to remove hazardous and flammable debris from the area.

On Sunday, Sept. 20, crews used helicopters to gather equipment from spike camps of the fire in the morning, then dropped water on the upper western perimeter near Magic Mountain Ski Area in the afternoon.

The cause of the fire is still under investigation.

RELATED: Maps of wildfires burning in Oregon, California and Idaho

Somewhat of an update on fire: Gary tried to go up to assess and of course he couldn't because it all being completely...

Multiple wildfires are burning in Idaho, including the Woodhead Fire outside Council that also also caused some evacuations, and the Trap Fire burning northwest of Stanley which has caused closures no Highway 21.