Sam Martinez, 19, of Bellevue, was found unconscious and not breathing in the off-campus Alpha Tau Omega fraternity house. Pullman police are investigating. 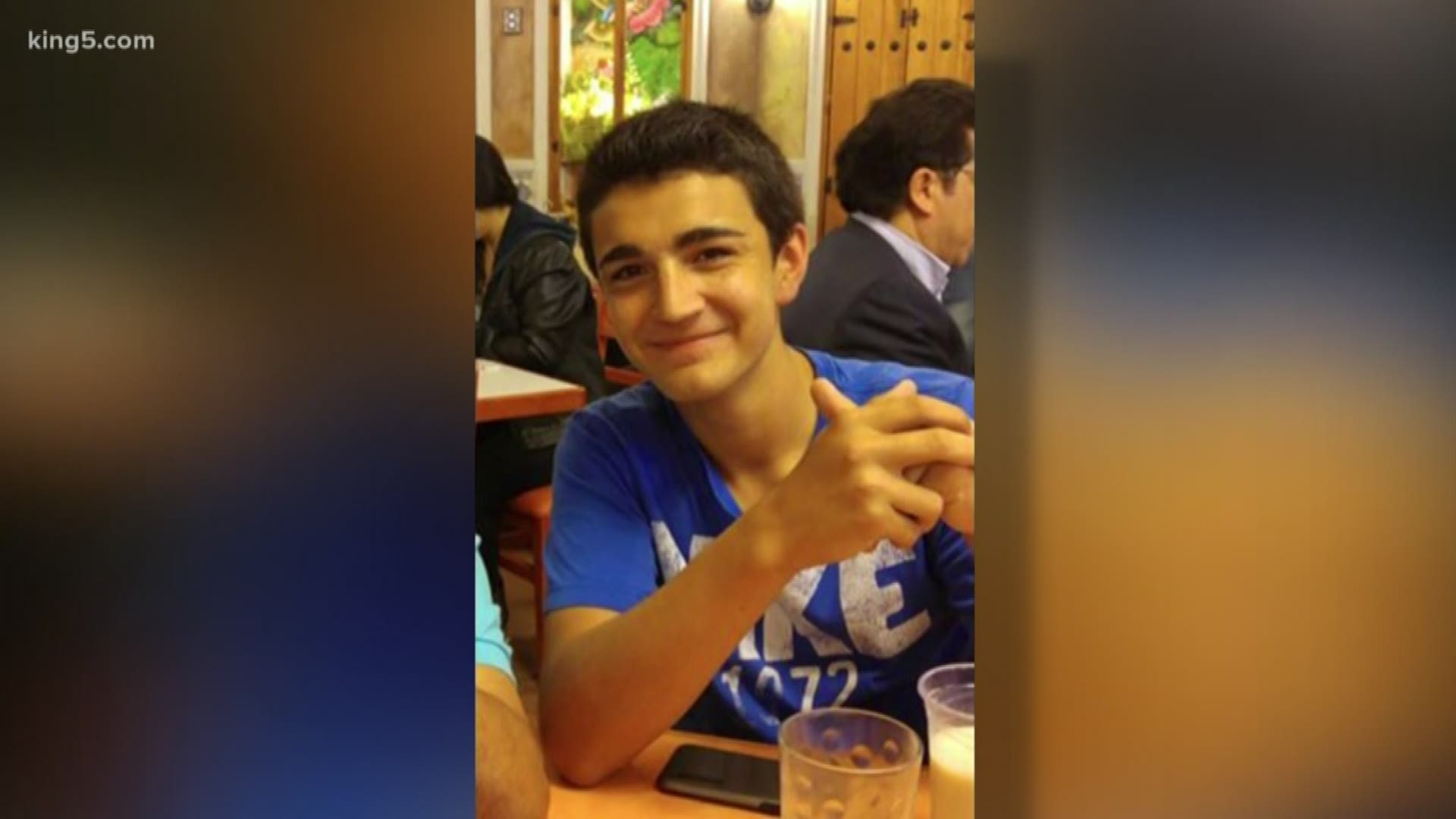 PULLMAN, Wash. — Police have not ruled out pursuing charges in the death of Washington State University student Sam Martinez. However, they do not believe he died as a result of fraternity hazing.

Martinez, 19, of Bellevue, was found unconscious and not breathing Tuesday morning in the off-campus Alpha Tau Omega fraternity house.

Pullman police believe alcohol was a factor in the freshman’s death and previously said they believe a fraternity event took place at the house the night before.

His family described Martinez as “a beautiful spark of light, a comet that came and went through our lives too quickly.”

Pullman Police Chief Gary Jenkins said Washington state has a "Good Samaritan" law that protects underage drinkers from charges if they call for help. However, he said it does not protect those who purchase alcohol for minors.

Jenkins said the department is mulling possible charges, but walking a fine line with the unintended consequences.

“We definitely want to hold people accountable for their actions, particularly when it results in a death, but we also want to make sure we’re aren’t discouraging people to call for medical help when someone needs it,” Jenkins said.

University officials and WSU police are working with Pullman police to determine the role of other students involved.

“The bottom line is that this young man was 19 years old,” said WSU Vice President of Marketing and Communications Phil Weiler. “He was not old enough to legally consume alcohol, so that’s a problem and something we need to get to the bottom of, figure out what the situation was and what the circumstances were around the situation.”

RELATED: Family remembers WSU student from Bellevue who died at fraternity: 'Sam was a beautiful spark of light'

Weiler added discipline could be imposed on students involved, even though the event was off-campus. He also said the university faces yearly challenges in educating students about the risks associated with underage drinking.

He said popular culture leaves many incoming freshman with skewed notions of a typical college experience.

To combat that, all incoming students are required to take three separate alcohol and substance abuse education programs.

“Our goal is to make sure that when students come to WSU, they’re making good, smart, safe choices about how they behave, and what we find is a lot of time, particularly freshman have a preconceived notion about what college is, particularly with regard to alcohol,” Weiler said. “The reality is far different from what their perception is.”

Weiler said WSU believes one in five students at the university doesn't consume alcohol during their time there.

A 2017 study by the National Institute on Alcohol Abuse and Alcoholism found 53.6% of fulltime students aged 18-22 drank at least once a month. 34.8% binge drank in that period (5 or more drinks for a man, 4 for a woman), and 9.7% engaged in heavy alcohol use, defined as binge drinking five or more days in the past month.

“These rates are higher than those for non-college-attending peers,” the NIAAA wrote.

The NIAAA also offers tips on how parents can help their students.

Weiler said the university is examining its policies following the death of Martinez.

“Whenever you have a tragedy like this, it’s appropriate to step back, review the policies and procedures you have in place, make sure they are as effective as they can be,” Weiler said. “I think this is an opportunity for us to do that.”

Weiler believes these issues WSU faces are common across the higher education system in the country.

“Unfortunately, with the string of deaths we’ve seen across the country over the past several weeks, it’s clearly an issue that permeates all college campuses and permeates our society,” Weiler said. “I think it’s a difficult challenge, but we need to rise to that challenge and make sure we’re keeping our students safe.”

The Whitman County Coroner does not expect to release the formal cause of Martinez’s death for about two months. Police are waiting to release their final report until those results are available. No arrests have been made.