University of Utah officials have identified a female student fatally shot on campus Monday night as a senior track athlete and communication major from Pullman, Washington. 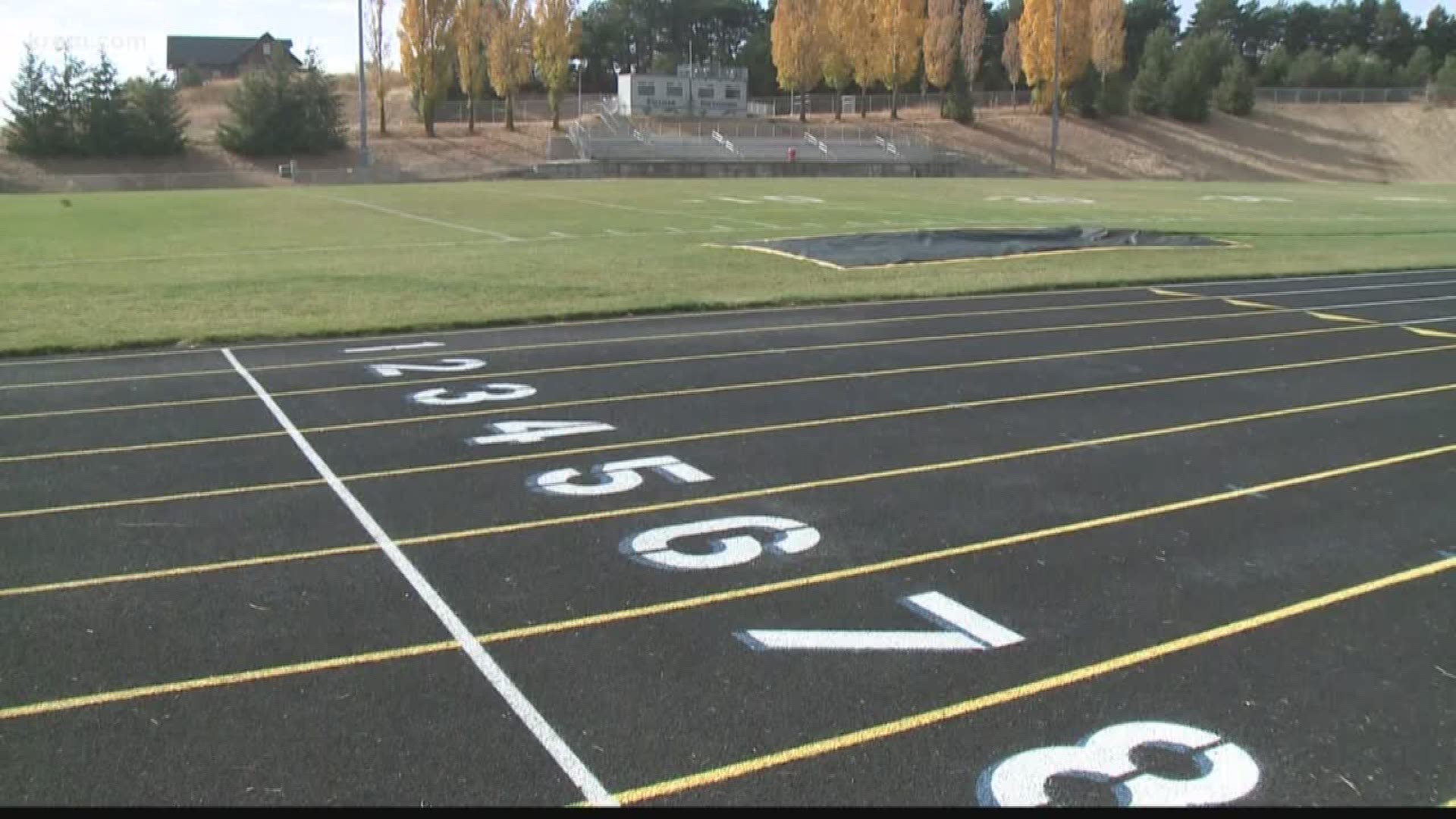 Police said previously that Melvin Rowland, the man suspected of killing McCluskey, ​was found dead in an off-campus church early Tuesday. Rowland and McCluskey dated for a month before McCluskey ended the relationship, according to her family.

Watkins said McCluskey was "a highly regarded member of the university's track and field team, and an outstanding scholar, a senior majoring in communication. She had a 3.75 GPA and was expected to graduate in May 2019. 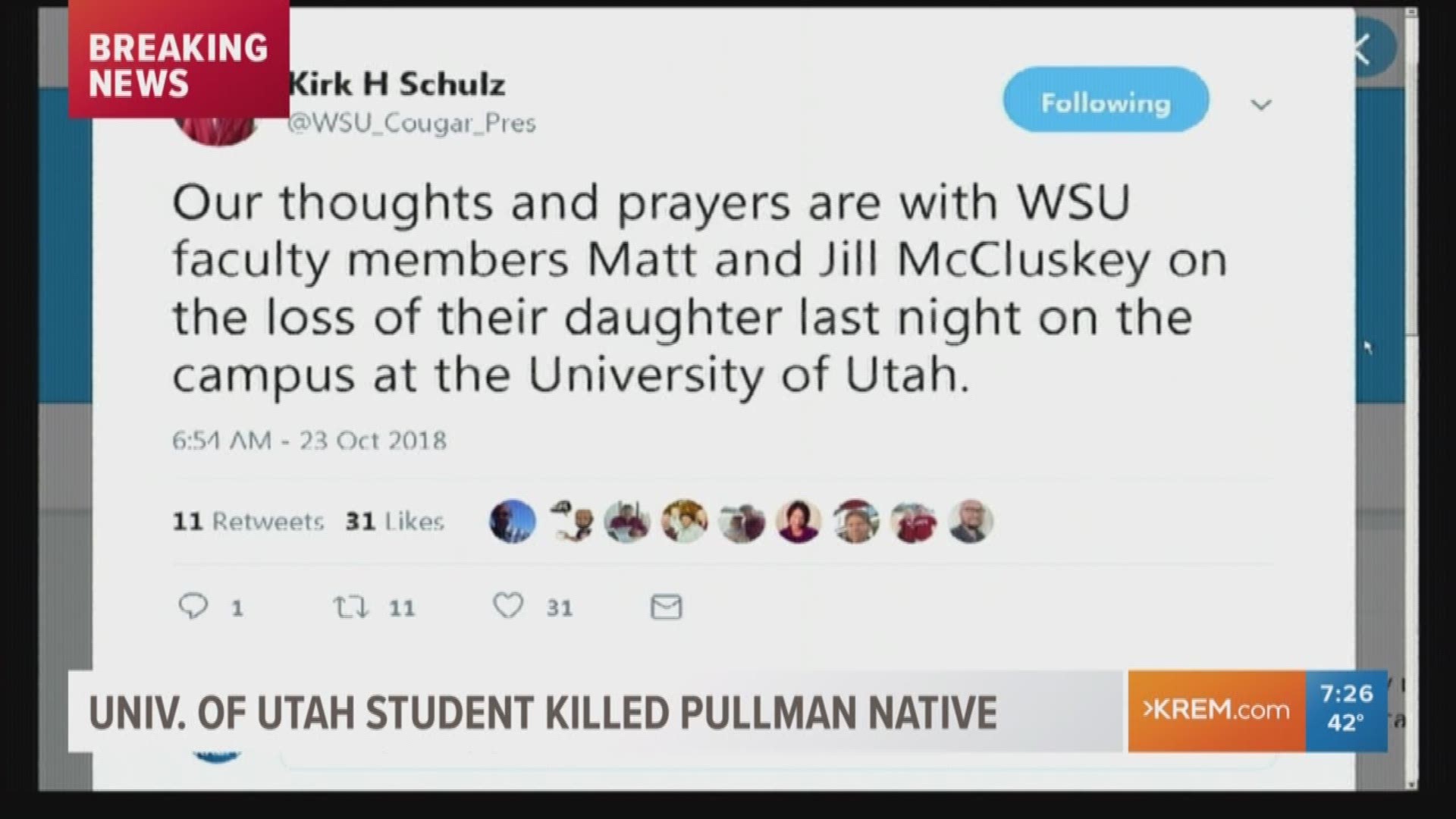 McCluskey was a 2015 honors graduate from Pullman High School and state champion in the high jump.

Victoria Walz, a former Pullman High classmate of McCluskey said, "Her eyes lit up when she talked about track, she was an overall good person."

There is a prayer vigil planned to honor McCluskey on the Pullman High School track at 6 p.m. on Wednesday.

A statement from McCluskey's parents said she dated her killer for about one month and he lied about his criminal history. They said McCluskey ended the relationship about two weeks ago, blocked his phone number and the numbers of his friends, and complained to University of Utah police about harassment.

McCluskey's mother heard her shout, "No no no," while they were on the phone on Monday night. She kept the line open while her husband called 911.

The following is a full statement from Jill McCluskey

"It is with deepest sadness that we let you know that our daughter Lauren McCluskey, age 21, was the University of Utah student who was killed last night. Lauren previously dated her killer for about one month. He lied to her about his name, his age, and his criminal history. Lauren was informed by a friend about his criminal history, and ended the relationship with her killer on October 9, 2018. He had borrowed her car, and she requested the University of Utah police accompany her on October 10, 2018 to get her car back. She blocked his and his friends' phone numbers and complained to the University of Utah Police that she was being harassed. Last night a little before 9 pm, she was returning to her university apartment from her night class and talking to me on the phone. Suddenly, I heard her yell, "No, no, no!" I thought she might have been in a car accident. That was the last I heard from her. My husband called 911. I kept the line open and in a few minutes, a young woman picked up the phone and said all of Lauren's things were on the ground.

Lauren was a senior student athlete on the University of Utah track team. She was an outstanding student majoring in Communication and was excited to graduate in May 2019. She was a 2015 honors graduate of Pullman High School where she was Washington state champion in the high jump and the school record holder in the 100 meter hurdles. She attended Capital Church in Salt Lake City. She loved to sing and had strength and determination. She was dearly loved and will be greatly missed.

The University of Utah canceled classes Tuesday and a campus vigil for McCluskey is scheduled at 5 p.m. on Wednesday.

Shulz wrote: "Our thoughts and prayers are with WSU faculty members Matt and Jill McCluskey on the loss of their daughter last night on the campus at the University of Utah."

Our thoughts and prayers are with WSU faculty members Matt and Jill McCluskey on the loss of their daughter last night on the campus at the University of Utah.

The University of Utah's track and field and cross country teams also tweeted about the athlete's death. Their message reads: We are absolutely devastated about the loss of one of our own. Lauren McCluskey, we will miss you more than anyone could ever imagine. Our thoughts and prayers are with her and her family through this difficult time. #utefamily

We are absolutely devastated about the loss of one of our own. Lauren McCluskey, we will miss you more than anyone could ever imagine. Our thoughts and prayers are with her and her family through this difficult time. #utefamily pic.twitter.com/Ts6KSB2kUM

The Pullman Police Department also extended its sympathies to McCluskey's family and loved.

Photo of Lauren McCluskey courtesy of the University of Utah website