When it comes to hemp, does Idaho state law trump federal law?

In 2018, President Trump signed a federal Farm Bill, which legalized hemp as an agricultural product. Yet, Idaho's laws consider both hemp and marijuana illegal. 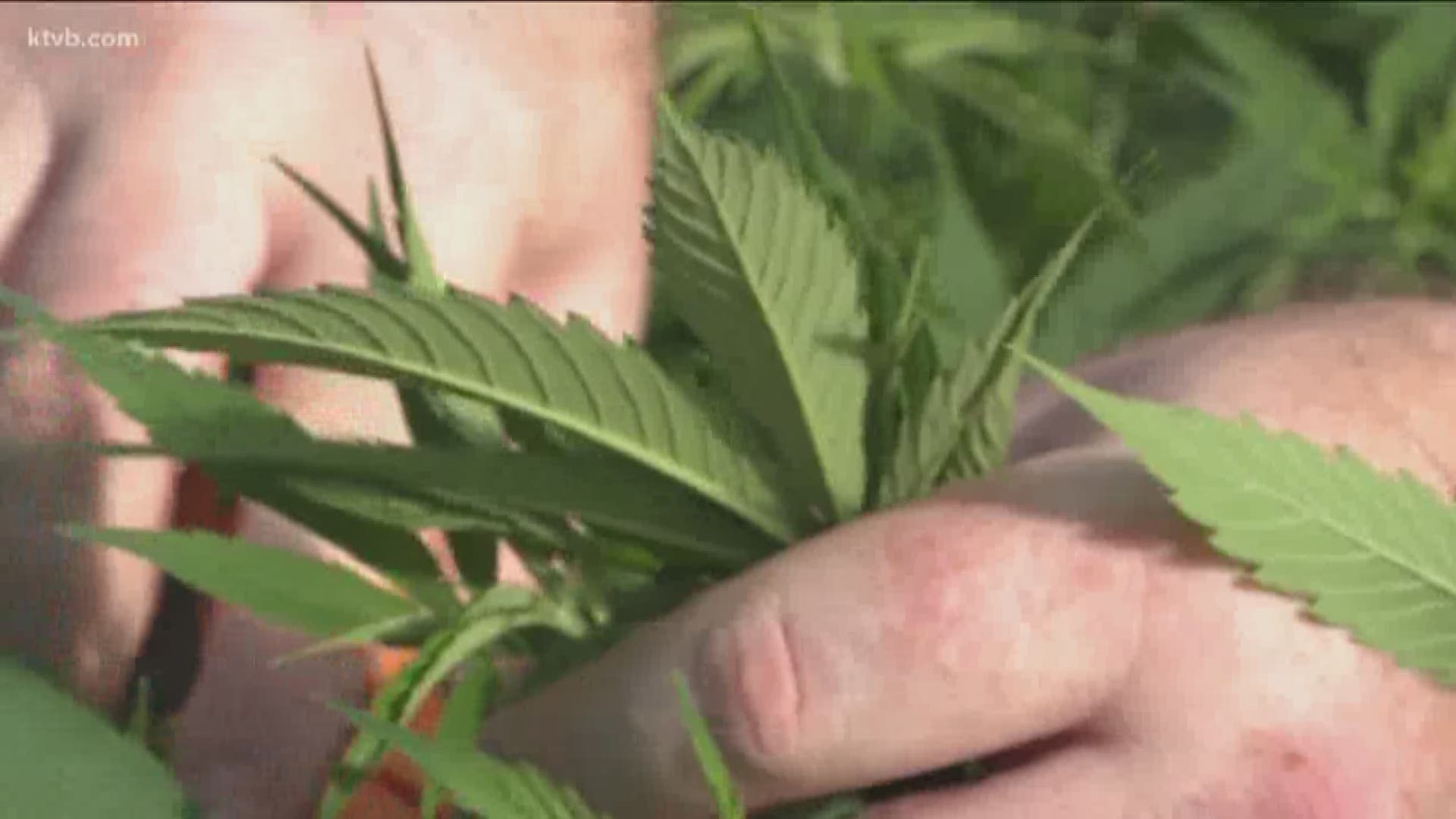 BOISE, Idaho — As neighboring states to Idaho legalize marijuana and hemp, it's sparked some confusion for some people who are now passing through Idaho with hemp.

In 2018, President Trump signed a federal farm bill, which legalized hemp as an agricultural product, taking it off the controlled substance list as long as it has a THC, the compound that creates a high, level of .3 percent or less.

MORE: Peek inside a legal pot farm 30 minutes from the Idaho border

However, Idaho law hasn't made that change.

“As far as state police are concerned, we don’t worry about the difference between hemp or marijuana we're looking for the presence of THC and anything with THC in it, is currently illegal in Idaho,” Idaho State
Police Deputy Director Sheldon Kelley said.

Hemp does carry trace amounts of THC but is under the legal limit set in the 2018 federal farm bill.

“Under Idaho law hemp with any THC or any product with THC is classified as a controlled substance and illegal to possess or transport,” Former Attorney General and Lt. Gov. David Leroy said.

The issue came back in the spotlight earlier this week after Idaho State Police say they made their largest drug bust in known agency history. The truck driver though says he was carrying hemp.

“Federal law trumps state law in this regard and if it is a legitimate hemp product, grown in a state where it's legally grown, it is allowed to be transported through Idaho to another state where it can be legally processed or sold,” Jonathan Miller, the United States Hemp Roundtable General Counsel, said.

MORE: 'It is up to them to understand the law:' Idaho prosecutors charge hemp under drug statutes

He says, because of the Interstate Commerce Act, Idaho is in the wrong.

“In this situation, the law states that no state should prohibit the transportation or shipment of hemp or hemp products through their state,” Miller said.

KTVB reached out to Leroy to better understand the law.

“The county by county enforcement over our criminal laws and the fact that our criminal laws in Idaho remain on our books does not allow a trucker or anybody else to break criminal law in Idaho, despite what federal law might say about a particular topic,” Leroy said.

He says under the constitution when federal and state laws conflict federal law generally take control but not in this case.

“As a matter of criminal law, Idaho can still enforce its prohibition against hemp, as a matter of interstate commerce in terms of enforcing or trumping a criminal law the constitution does not do that,” Leroy said. “So, at this point, Idaho is entitled to enforce its law in Idaho as to making hemp and transportation of hemp, a crime.”

When it comes to testing for enforcing state laws on the prohibition of anything containing THC, Idaho State Police say they use a couple of methods to test for the compound.

"What we have are our small kits with chemicals in it that we can take a small sample of the suspected material and put it in there and do a field test on that," Kelley said. "We also have a few handheld devices that can test substances which can actually test the substance without opening the packages."

The device uses light waves to see what's inside of the package and if there is a THC presence. ISP will then send a sample of that substance to a forensics laboratory to confirm the results found in the field.

There are three forensics labs in Idaho, located in Meridian, Pocatello and Coeur D'Alene.

MORE: Marijuana laws in Idaho: What's legal, what's not and what does it take to face jail time?