When a child goes missing, here are the criteria for an AMBER Alert

After law enforcement meets the required criteria to issue an AMBER Alert, the notification is sent out within minutes. 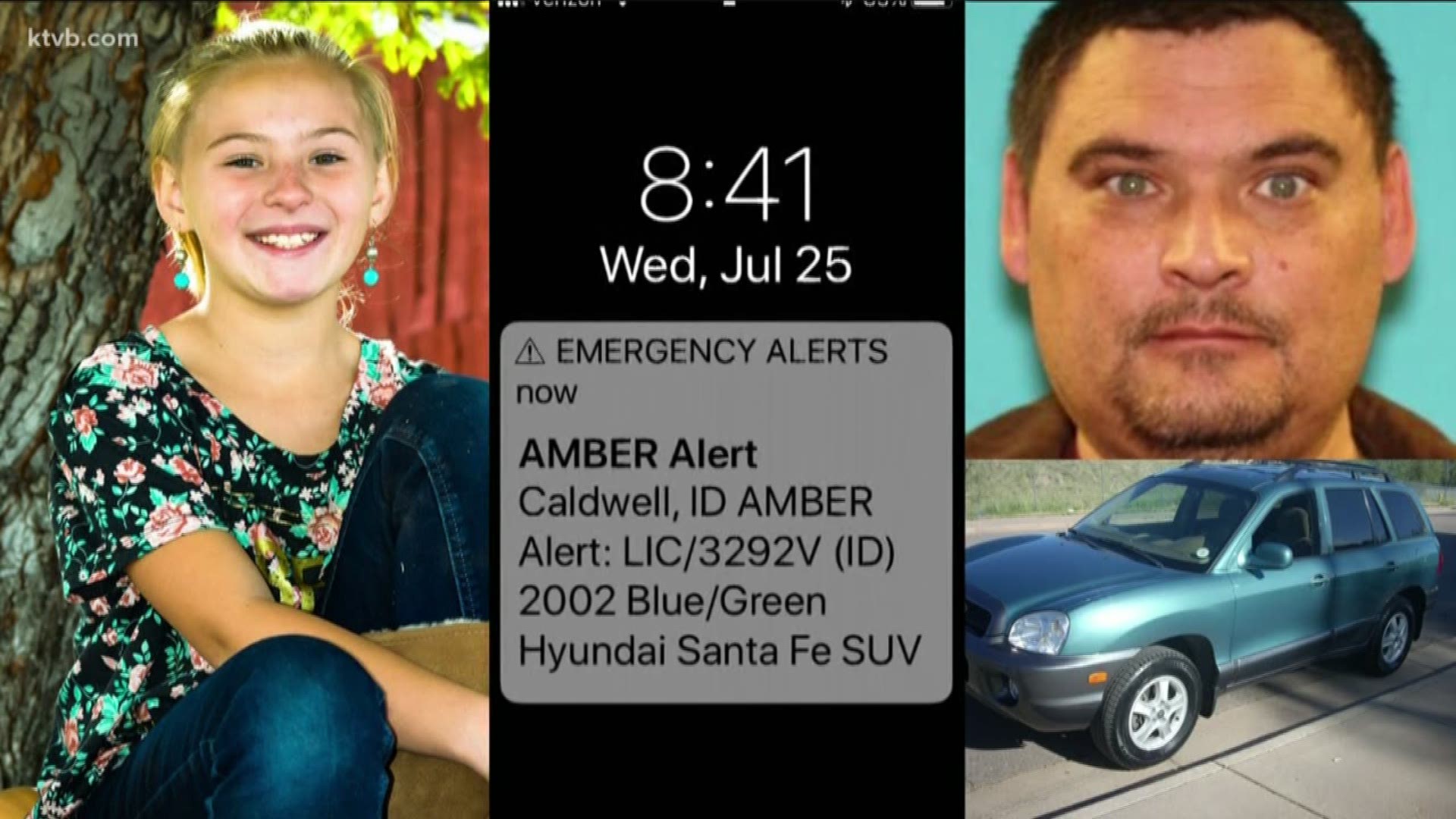 BOISE — The suspect in Wednesday night's AMBER Alert was arraigned in an Elmore County courthouse Thursday.

48-year-old Kelly James Vesterby is being charged with one felony count of kidnapping custodial interference. The AMBER Alert was issued at about 8:45 p.m. after Vesterby took off with an 11-year-old Aila Vesterby of Caldwell.

"We don't have that many AMBER Alerts in Idaho, and that's a really good thing, and the last few we have had in over 10 years everyone has had a successful outcome," Michele Carreras, manager of Idaho State Communications, said.

Before law enforcement can issue an AMBER Alert they must meet this list of criteria:

1. A child is known by law enforcement officials to have been abducted

2. The abduction occurred within 12 hours of initial activation of AMBER Alert

4. Law enforcement must believe the child is in imminent danger of serious bodily harm or death

5. There must be enough descriptive information to believe that an AMBER Alert will assist in the

recovery of the child.

6. The missing child must be entered into NCIC

Once that information is gathered by law enforcement, it gets put into a web portal, and from there the Department of Health and Welfare's State Communication Center gets the AMBER Alert out in minutes.

"We also turn on the dynamic message signs, those are the signs on the state highway system that says AMBER Alert. We also activate the emergency alert system and that's the system that interrupts your television and radio broadcasting with the amber alert information," Carreras said.

As for the text message notifications, they are the only form of alert not issued locally. They come from the National Center of Missing and Exploited Children, which may explain why they come in at various times.

"I got it on my phone, my daughter got it five minutes later then we were in our backyard and we heard our neighbor's phone go off," says Carreras.

Regardless if you get the text message several minutes later than others, Carreras said if you have emergency notifications turned on, you will get them.