Just because some firework stands sell aerial fireworks, doesn't mean it's safe or legal for people to use. 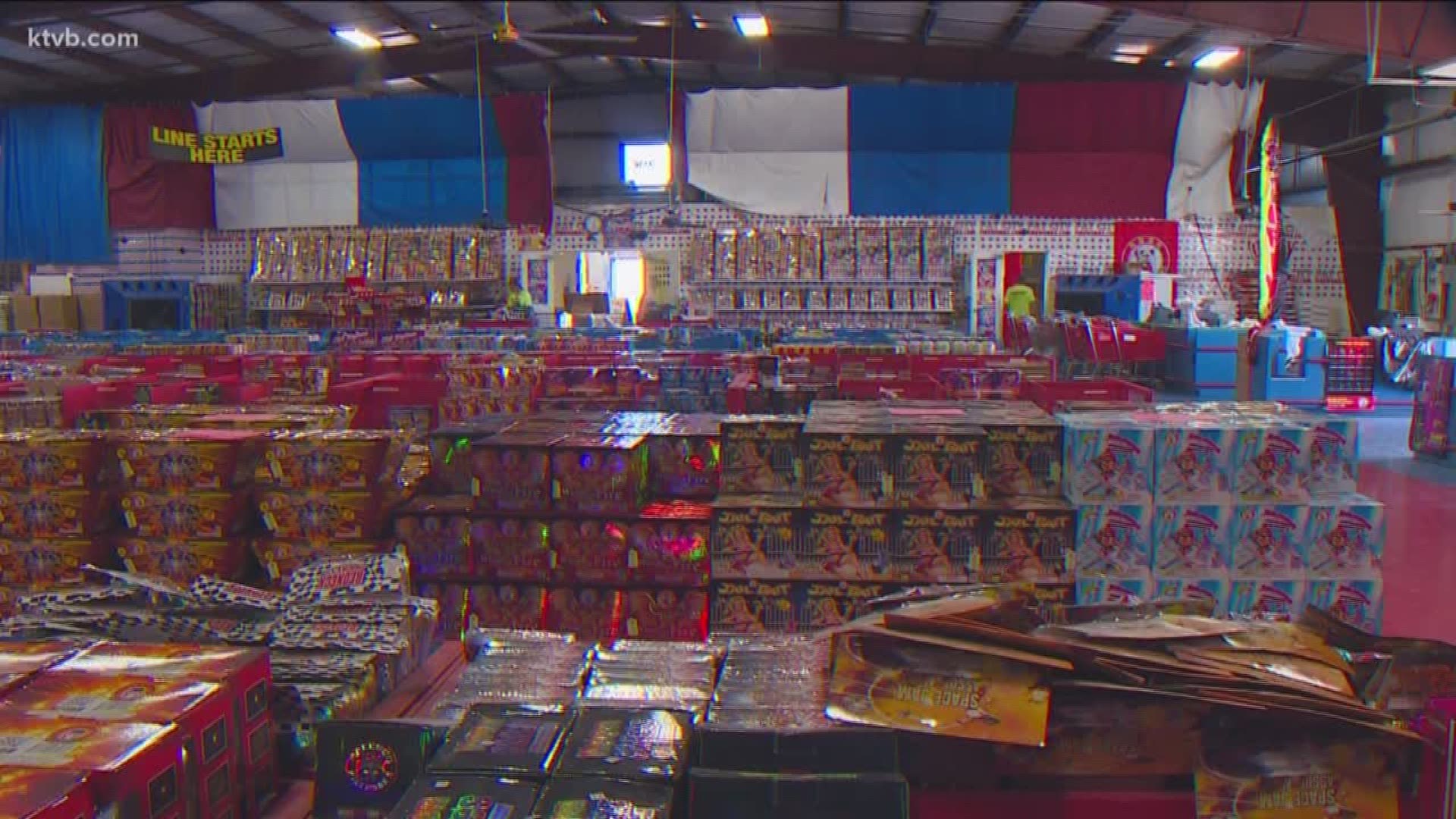 BOISE, Idaho — With the Fourth of July quickly approaching, it can be easy to find illegal fireworks around Idaho. However, even though people can buy them inside state lines, doesn't mean people should.

When buying aerial fireworks, people have to sign waivers saying that they won't set them off within the state, but there isn't any easy way to enforce those laws after people walk away from the stand.

The penalty for using illegal fireworks carries heavy fines and those that use them are on the hook for all and any property damage and fire suppression costs. Using them also puts people at risk.

For those that remember, a massive fire broke out in the Boise Foothills in 2016 after a Boise man misused fireworks. He later pleaded guilty to unlawful use of fireworks and was ordered to pay almost $400,000 in restitution.

According to the Bureau of Land Management, Idaho classifies any aerial fireworks as illegal.

"That generally is your aerial fireworks, those are illegal, your bottle rockets, your Roman candles, those types of fireworks are illegal to discharge in Idaho," Jared Jablonski with the BLM said.

Only safe and sane fireworks are legal, which would be snakes, fountains that shoot sparks no more than 20 feet into the air, sparklers, and other fireworks that stay on the ground.

Even those can cause damage if people aren't being careful. Jablonski says people should be prepared by keeping a hose or bucket of water handy in case a fire is sparked.

"Every summer across the United States, fireworks are responsible for multiple fires," Jablonski said. "They should be using them in areas of gravel, asphalt, areas that are free of vegetation and structures."

Also, all fireworks are off limits on federal land and the Boise Foothills.

So this summer, leave the aerial fireworks to the professionals and be smart about using and enjoying legal fireworks.

RELATED: What you need to know about backyard fire pits in Boise