West Ada School District will now require face masks for K-12, but parents can opt out

A large group of passionate parents attended the school board's meeting on Tuesday night, with parents for and against any proposed face mask mandate. 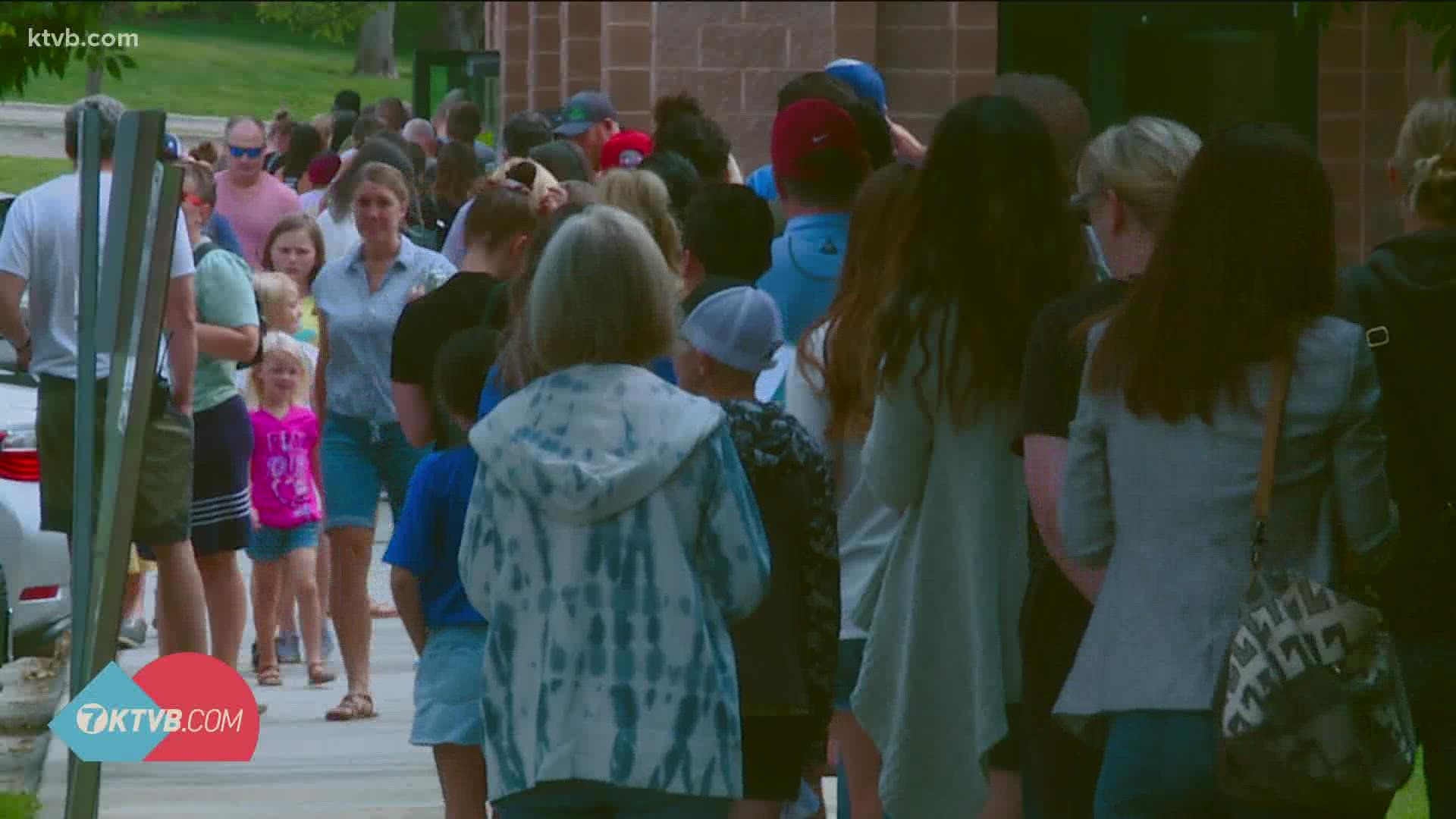 MERIDIAN, Idaho — Days before the beginning of the school year in the West Ada School District, board members made a stronger push to back a mask requirement for students and staff but allowed an option for parents to opt-out of the requirement.

Hundred of parents showed up at the West Ada School District offices on Wednesday in order to opt their kids out of the mask mandate.

"I just don't believe that basically the masks really work and I think that they should have a choice to wear it or not," Curtis Shaw, a West Ada Parent, told The 208.

Parents that showed up to opt-out were happy with the district's decision to give them a choice when it comes to masking up their children or not.

"The turnout here today just kind of shows the voices that needed to be heard, that weren't being heard," Lisa Cunningham, another West Ada parent, said.

"I think we know that parents do want a choice when it comes to their child and especially their child's health so we kind of had an expectation that it would be a high number," Char Jackson, the spokesperson for the district, said in response to the turnout.

The 3-2 vote came shortly before 11 p.m. on Tuesday, following hours of public comment, both for and against mandatory masks.

The option the board selected will make face coverings a requirement. Students whose parents fill out a waiver will not have to wear a mask, however.

Dr. Jim Souza and Dr. Kenny Bramwell of St. Luke's urged the trustees to require masks, pointing to the surge in COVID-19 cases across the state, almost entirely among the unvaccinated. Children under the age of 12 have not been approved to take the vaccine.

Here’s a look at the opt out form for the @westadaschools mask requirement. pic.twitter.com/KbCFn0AJcP

Attendees at the meeting, who were mostly parents, had strong opinions on both side of the issue, with some arguing face covering requirements are the best way to keep their children safe and schools open, while others testified wearing a mask infringed on their freedom.

Opponents of the opt-out option pointed to inconsistencies from student to student, as well as challenges in collecting the waivers, with children return to the classroom Thursday.

In Tuesday's meeting, the trustees also voted to loosen quarantine restrictions on students exposed to COVID-19 in the classroom while wearing a mask or vaccinated. Children who have not been vaccinated and who were not masked at the time of their exposure will be required to quarantine at home.

The Boise School District has made masks mandatory for the 2021-2022 school year, while most other districts in the area have left it up to individual students, staff and parents.