Boise High School is planning on changing the Braves mascot with Boise Brave. 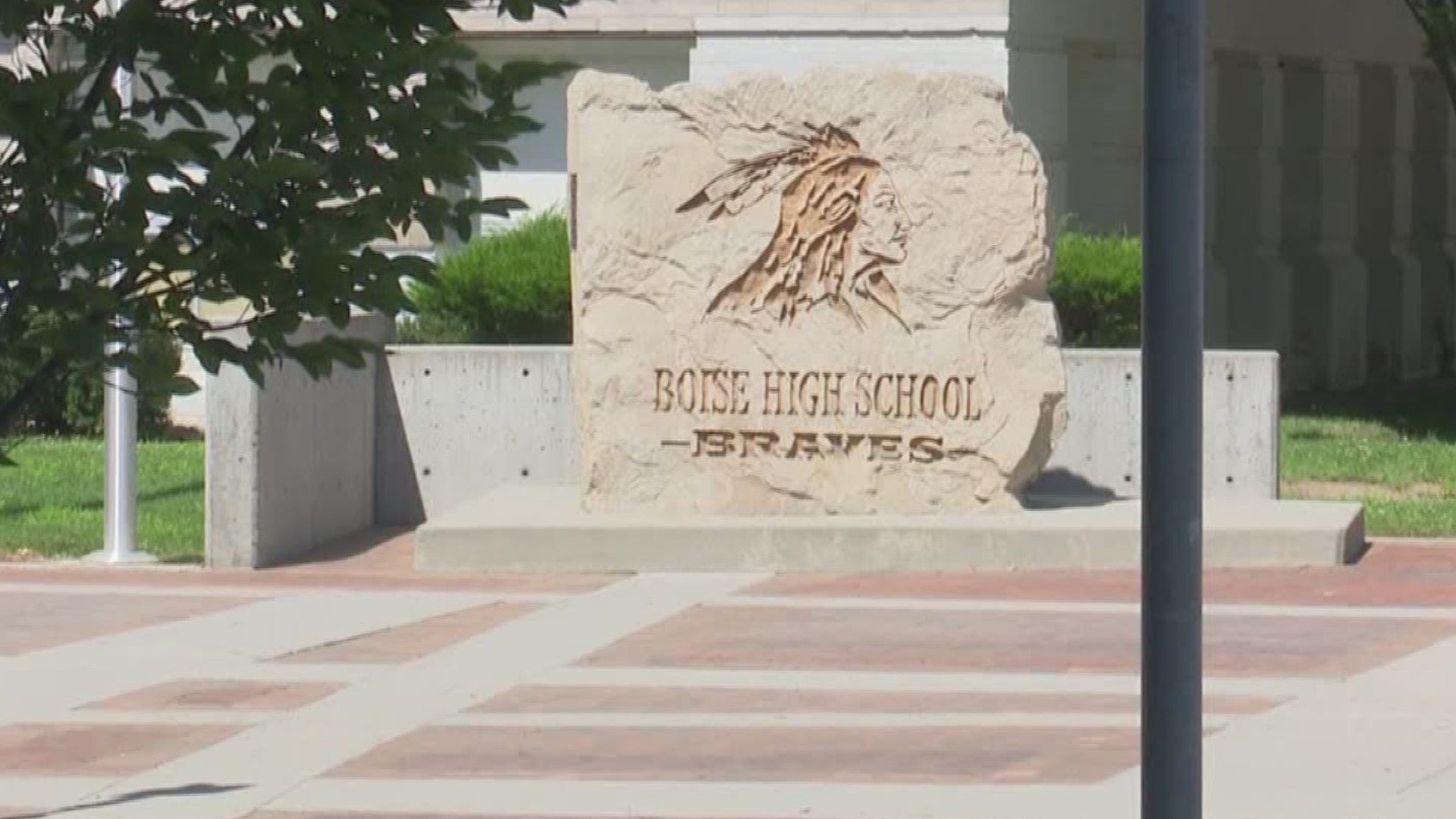 BOISE, Idaho — Boise High School is getting ready to replace its mascot. For nearly a century, students have been known as the Braves, but moving forward the school wants to be called the Brave.

The district said this change has been years in the making, and the purpose of it is to be more respectful to Native Americans. While that is the district’s intent, some people in the community are confused over the change.

"Initially not for it, it kind of bothers me that the general rule of taking away a name like Braves would be something is interested in fighting over,” Eric Elliott said. His two sons graduated from the school.

The district has worked to separate itself from using Native American imagery in recent years. This changing of the mascot is the final step.

"So it's no longer associated with a Native American imagery,” District spokesperson Dan Hollar said.  “Rather than a caricature, the mascot is a character trait."

Some alumni that KTVB talked with are okay with the change.

"They're trying to respect the request of a Native American tribe and that I'm okay with,” Genny Wilson said. She was part of the class of 1980. “Only they can say whether it's too sensitive or not, I'm not Native American and if I were and my people all felt this way, I would probably be on board with that, but I can't say for them.”

"If you can satisfy as many people as possible and have a culturally sensitive name while also keeping the tradition of the school, that seems like a good deal,” Boise High alum John Branssey said. He graduated from the school in 2005.

Other alumni and community members were confused as to how it could be offensive.

“It’s not necessarily a dis to them to be the Braves, but maybe it could be a sign of respect,” Elliot Sherrow said. An alum from the class of 2012. “I don't inherently think it's offensive just from my initial thoughts.”

The school district is making this change to respect the Shoshone-Bannock Tribes. Earlier this summer, the tribes sent a letter to the state asking them to ban the use of all Native American mascots in public schools.

“Look at it from their eyes, they're not feeling like they're being respected. They feel as though the use of the word Braves is a disrespectful term,” Hollar said. “They don't even have a word for it from what we've heard in their own language.”

The district said they’re not erasing history by making this change.

“We're not rewriting history. If you graduated from Boise High from the time the Native American mascot was used, we're not removing that memory,” Hollar said.

However, not everyone in the community feels that way.

"There's a history and history is a good thing. We shouldn't walk away from it,” Elliott said. “Some history is good and some history is bad, and some stuff maybe we need to educate on and avoid repeating in the future. I don't see where a Brave or a Warrior or team mascot falls into that category.”

"Because it's historical, that school was founded in the early 1900s or a really long time ago,” Sherrow said. “For a lot of people, you're taking away what they were."

The district said it will take anywhere from three to five years to make all the changes. It's still unclear what exactly the new logo is going to look like, but the district did say the students will have a chance to weigh in.

The name change won't be official until the board approves it. Their next meeting is on August 12.