Weiser community continues to recover from winter of 2017

After several buildings in town collapsed because of snow, the community continues to rebuild while preparing for possible spring flooding. 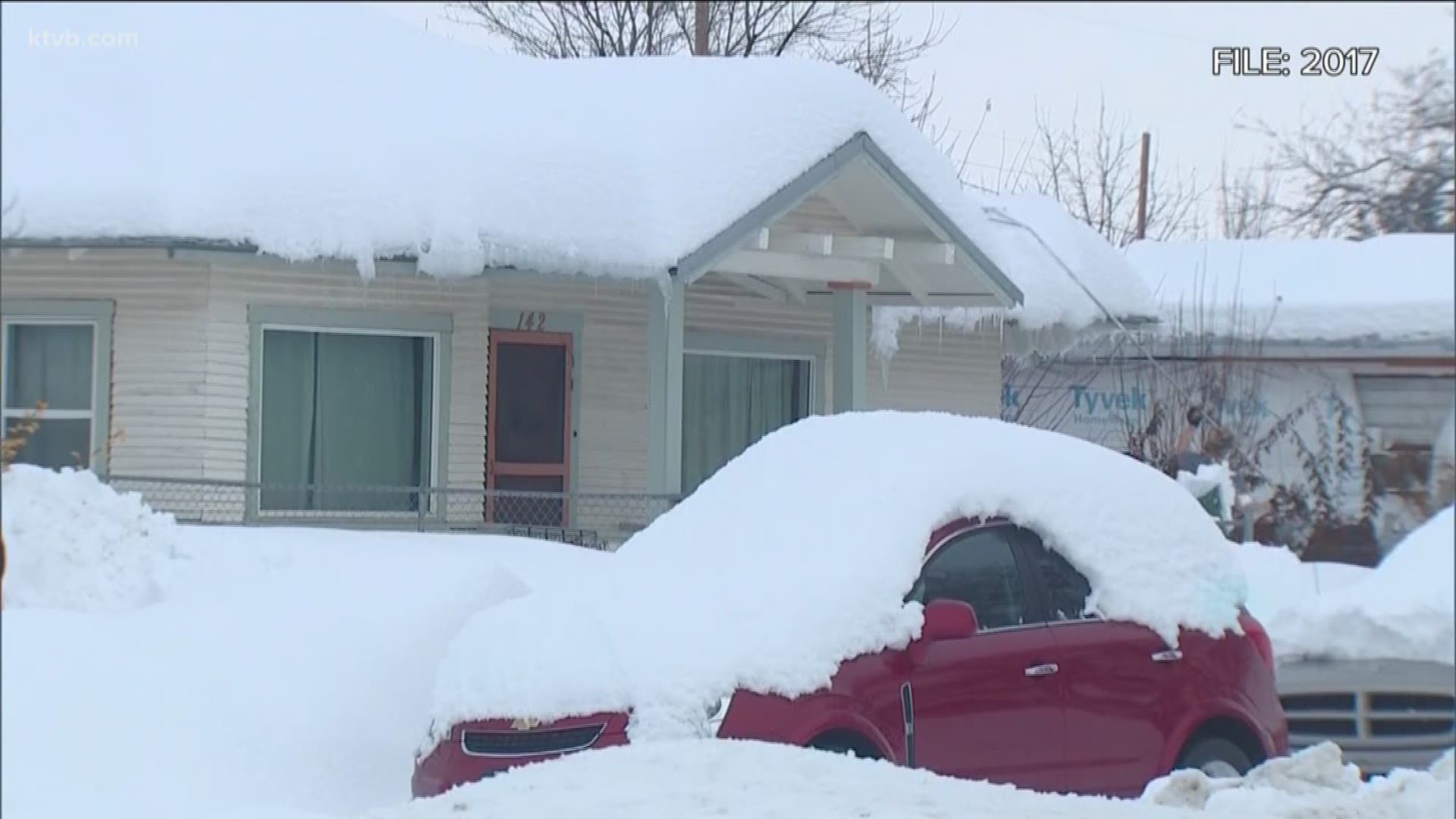 WEISER, Idaho — After a mild January, February has brought a lot of snow and rain to communities across the Treasure Valley.

While winter weather has hit the small, rural town of Weiser, Idaho, residents say it's nothing like the "snowpocolypse" of 2017.

"I don't think we ever could have prepared for what we had two years ago," said Weiser Mayor Diana Thomas.

Rewind back to winter of 2017 and the small town was dealing with a slew of problems.

Heavy snow crushed several buildings in town including a bowling alley, part of the fire department and the Weiser's main grocery store.

"I was surprised," said Mary Dimmitt, Ridley's Assistant Manager. "I went as soon as I heard just to see if there was anything I could do and at that point in time but there wasn't a whole lot left to be done."

After the roof collapsed, the grocery store moved into a much smaller, temporary location.

Two years later there is still no new building for the store.

It’s been an inconvenience for shoppers and staff.

"We have trucks outside like normally all of our milk would be stored in a cooler and we would fill from there," Dimmitt said. "It's actually stored on a truck and we have to bring it in on a six-wheeler and fill the cooler that way, and that's done all day long."

As if the snow of 2017 wasn't enough for the small community, the following spring brought devastating floods.

MORE: 'I don't know how much longer I would have made it," rescued Weiser man says

"When the river broke, the ice jammed up down here on the Weiser River and that caused the Weiser river to break," said Autumn Benjamin. "When it broke, it wiped out all those ranchers and farmers."

Mayor Thomas says while it’s still unclear if this spring will be problematic, the community is more equipped to deal with flooding than it was two years ago.

"The city has brought in sand and we have got sandbags ready," Thomas said. "If that were to start to happen, then we can begin to supply sandbags to some of the people that are concerned about flooding around their homes."

MORE: Flood warning in effect for Weiser River in 2017

Flooding near the Weiser River