The Idaho Farm Bureau Federation says onions, dry beans, sweet corn and potatoes could all be affected by the current cold spell. 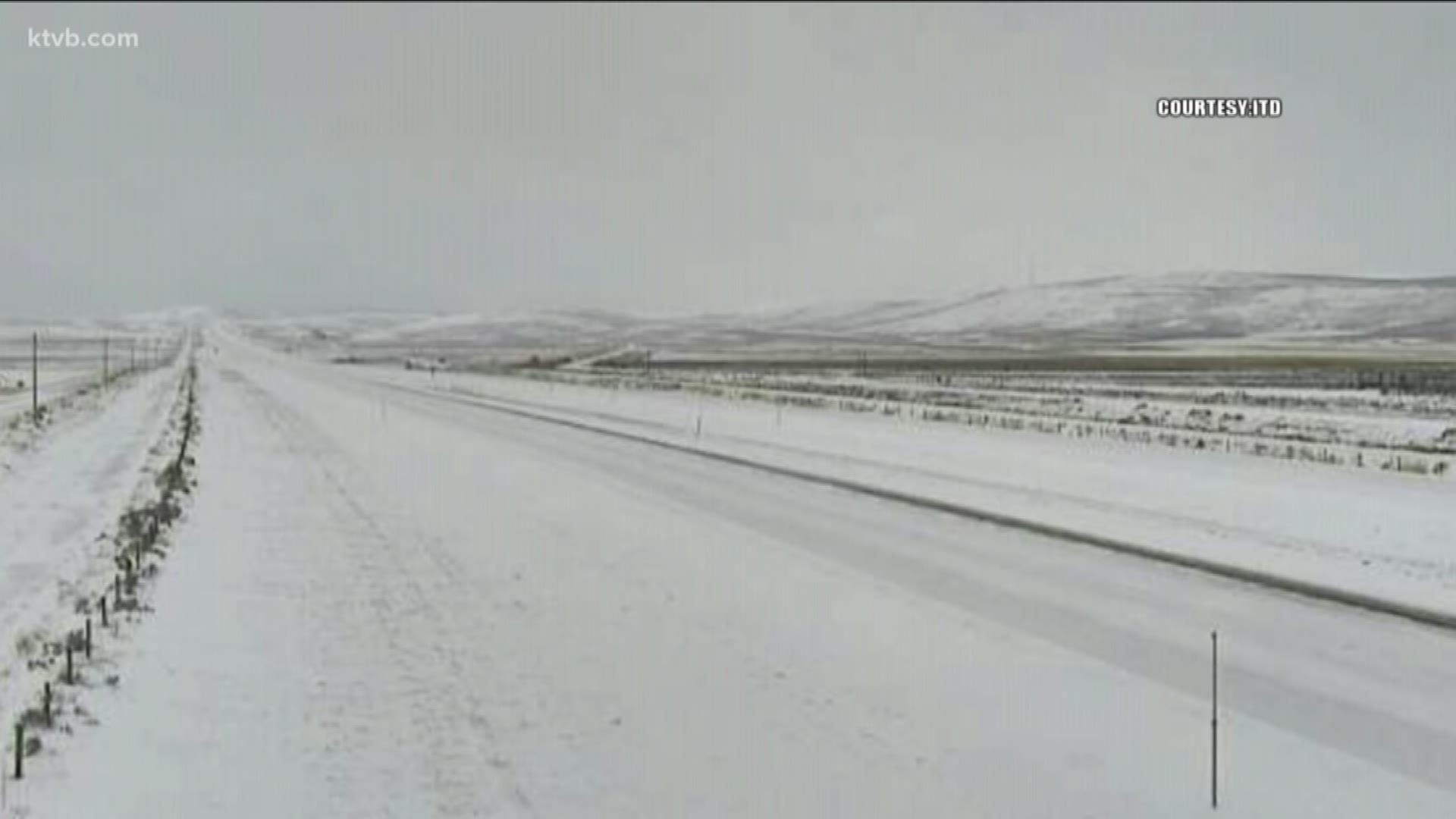 BOISE, Idaho — Less than two weeks into October and already parts of Idaho are dealing with snow and very low temperatures.

According to the National Weather Service, Central Idaho and the Northern Panhandle got some light snowfall on Wednesday, while Eastern Idaho saw anywhere from a light dusting to several inches. Other regions across the state could see record-low temperatures.

Bill Wojcik, a meteorologist with the National Weather Service, said a low pressure system from Canada is causing the high winds, low temperatures and snow making an early visit to our region.

“This is an unusual system we’ve been talking about for a couple of days,” he said. "Eastern Oregon and western Idaho – most locations – are going to record and near-record temperatures.

“Normally our high temperature for Boise is close to 70 degrees – so upper 60s. Today [Wednesday] we’re only looking for a high of maybe 50,” Wojcik continued.

That's about 20 degrees below average for the Treasure Valley at this time of year.

The current record low for Boise in October is 26 degrees, which was set back in 1985. Forecasts predict Boise could break that record and hit 25 degrees early Thursday morning.

Wednesday's storm that dropped snow in eastern Idaho forced the closure of a portion of Interstate 15 from Dubois to the Montana border.

The Idaho Transportation Department says road closures aren't unusual with winter conditions, but crews are prepped and work to keep roads open as much as they can.

RELATED: Blowing snow shuts down I-15 in eastern Idaho

“During last year’s winter season we maintained a 86 percent mobility," said ITD spokesman Adam Rush. "That means our highways were free of snow and ice 86 percent of the time."

It's important for drivers to keep in mind while traveling during winter months that just because one part of Idaho has clear weather doesn't mean that's the same everywhere.

“So Idaho – we have a variety of terrain here," Rush said. "One area, maybe the highways are dry, free of snow, free of precipitation and other locations here in Idaho may have an active snowstorm."

With harvest season in Idaho still underway, the Idaho Farm Bureau Federation says there are some concerns when it comes to crops.

“I’ve talked to quite a few farmers and people involved with the industry today and what I’m hearing is there’s a big rush, they’re really pushing it, guys are really hitting it about as hard as they can go to get their crops in,” said Farm Bureau spokesman Sean Ellis.

As far as the Treasure Valley area in concerned, there are three major crops that could be affected by the drastic temperature change: onions, dry beans and sweet corn.

According to Ellis, there are about 4,000 to 5,000 acres of onions still left to harvest in the region. Onions can survive in as low as 27-degree weather for a few hours. But longer exposure, or even colder temperatures, put the onion crops in danger.

Sweet corn seed is very vulnerable to frost and so far, only about 55 percent of Idaho's crop has been harvested. Ellis says a lot of Treasure Valley farmers are worried.

As for dry beans, the Farm Bureau reports 93 percent of the crop is complete, but the remainder is waiting in windrows to dry out. So any snow or rain could hurt the rest of the beans.

“There’s some significant concern among potato farmers right now about what this cold might bring,” Ellis said. "Neighbors are coming out of the woodwork to try and help them save the crop. Farmers and non-farmers, so you can say there’s a lot of effort right now in Eastern Idaho to try and get the potato crop in and minimize the damage.”

To check winter road conditions across the state, dial 511 or check ITD's website.