'We want the opportunity to say yay or nay': Boise residents collect signatures to get library and stadium proposals on the ballot 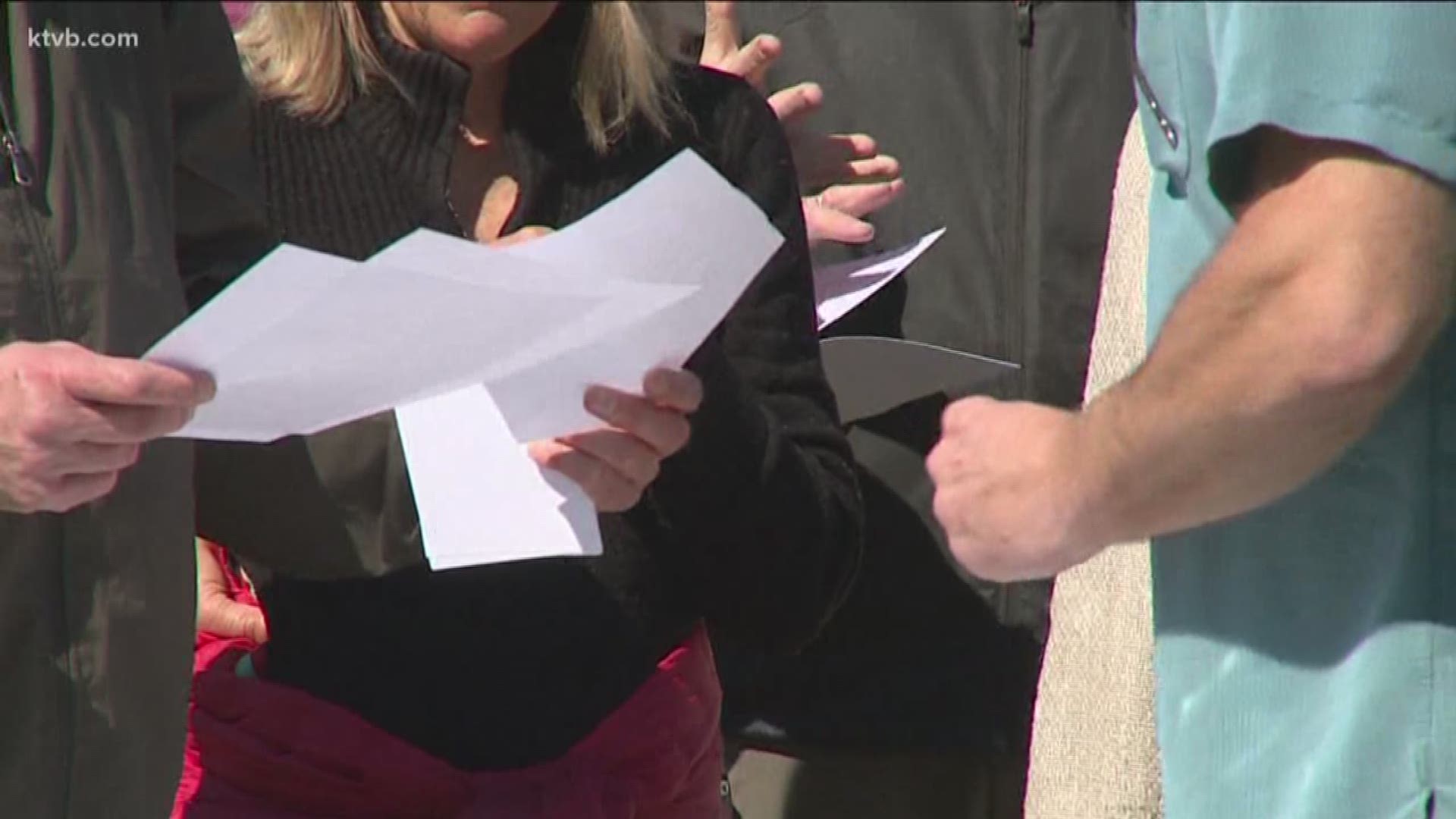 BOISE, Idaho — On Saturday, a group of Boise citizens spent the afternoon campaigning, with the mission to collect 5,000 signatures by April 30.

“Boise Working Together is doing a citizens initiative to get the library and the stadium on the ballot,” organizer Dave Kangas said.

He organized the grassroots effort because he says, he wanted a say when it comes to the plans to build a new stadium and library.

“Really just to let the government, our local government, the City Councils know that we care about how they're spending our money and we deserve a right to say,” Kangas said. “Because they found different ways that do not require a vote, we still want to have that opportunity.”

Those plans are from the city of Boise and are part of a proposal to build an $85M dollar library. While the stadium would cost about $40M to build, but it would be a part of a potential $100M mixed-use development.

“People just want the right to participate and vote on it, that's all it is,” Rep. John Gannon (D-Boise) said.

He spoke at Saturday’s gathering.

“Half the people don’t vote and then we have so many others who just feel like what good is it to not say anything,” Gannon said. “The initiative process is a way to get involved to help make public decisions and I just think it's wonderful to have people involved in our government, we saw that with the Medicaid and the horse racing.”

The group began collecting signatures two weeks ago. They currently have nearly one thousand.

“It's not whether we want to support or against the library, we want the opportunity to say yay or nay,” Kangas said.