The 2019 festival kicked off on Wednesday. 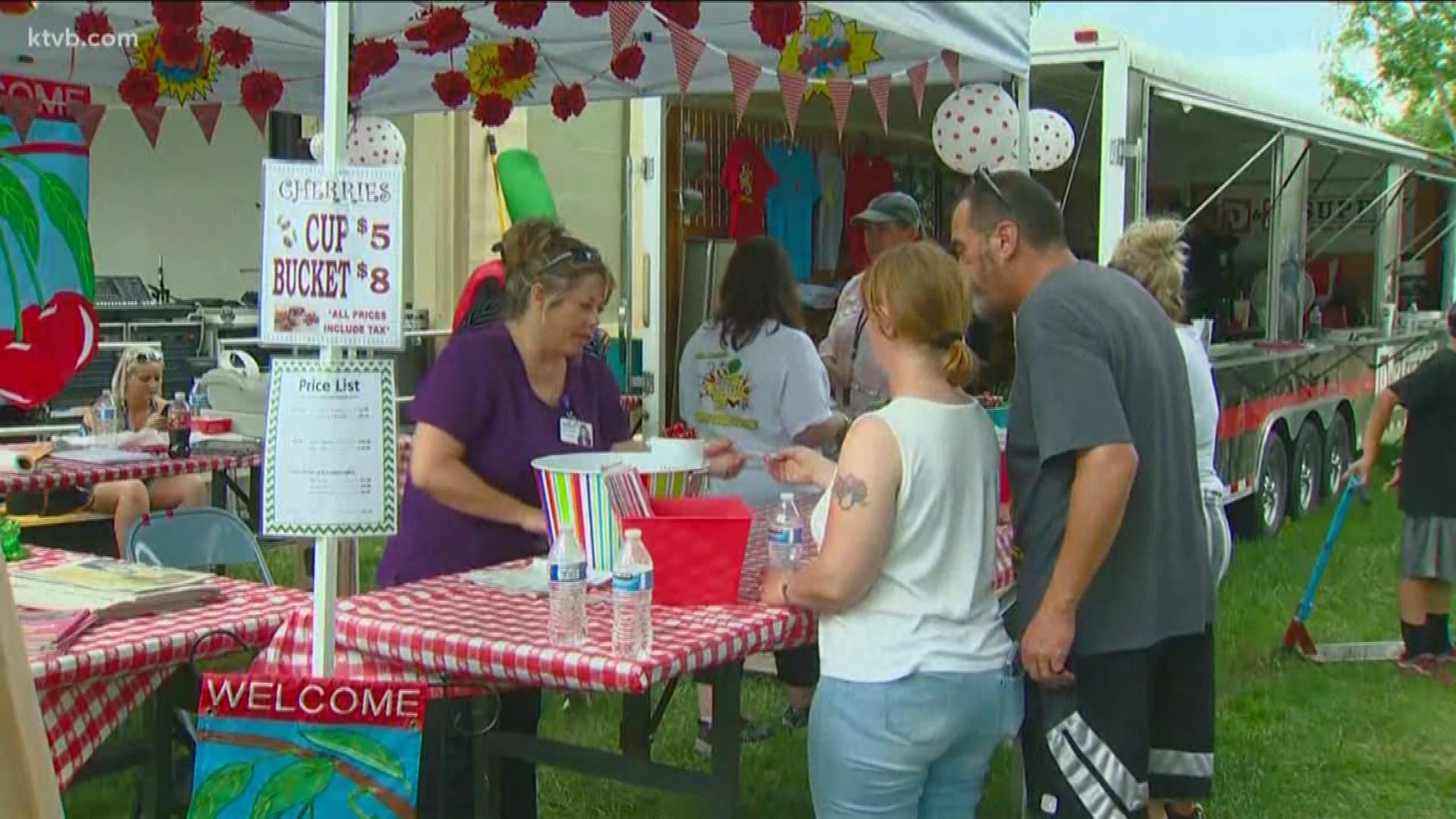 EMMETT, Idaho — The Emmett Cherry Festival has been going strong for 85 years.

It’s a long-standing tradition that brings tens of thousands of visitors to the city each year.

The Gem County Chamber of Commerce is in charge of the festival and says it just keeps growing every year.

The 2019 festival kicked off on Wednesday and runs through Saturday.

Executive director Krista Cole tells KTVB the festival started out as a simple dance to celebrate the cherry harvest. But it was so popular that the next year, two dances were held. From there, it just continued to get bigger and bigger until it grew into the event it currently is.

“It’s a tradition that’s been going on for quite a long time and hasn’t changed significantly,” Cole said. “It has grown obviously. We get about 50,000 people now that attend over the four days. It’s still that hometown feel, it’s located in our city park.”

The festival goes through about 2,500 pounds of cherries each year. Last year’s cherry harvest was really good but Cole said, with all the rain so far this season, the 2019 crop is a little behind so they don’t have as much as usual.

But they still have plenty of cherries for sale at the festival.

People of all ages tell KTVB they enjoy coming back to the festival year after year.

Others agree it’s about the whole community coming out to have fun together.

“I just love how everyone comes out for it,” said another person at the festival. “It’s like the place where you see your friends, that’s my favorite part about it.”

The 2019 theme is “Picking Kindness: What’s Your Superpower?”

The festival runs though Saturday and is open from 11 a.m. to 11 p.m. each day. Admission is free.

A detailed schedule of events can be found here.