A peaceful candlelight vigil is planned for Tuesday night at the Idaho Capitol steps. 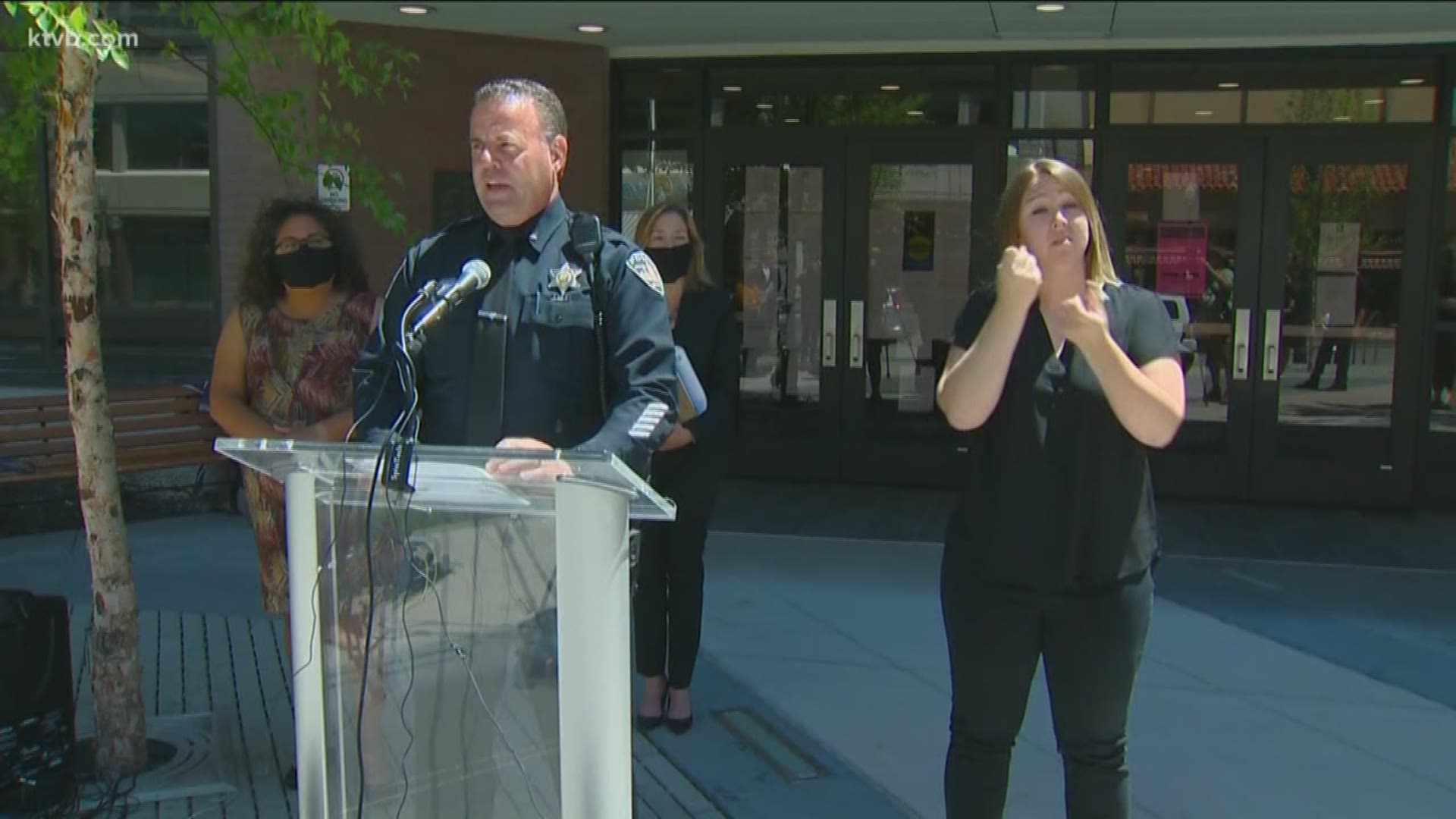 BOISE, Idaho — Boise's mayor and chief of police both called for a peaceful turnout from those planning to attend a vigil for George Floyd on the Idaho Capitol steps Tuesday night.

The remarks by Mayor Lauren McLean and Acting Chief Ron Winegar echo sentiments expressed by the event's organizers themselves, who have stressed that the candlelight vigil is neither a protest nor rally.

The vigil, planned for 8:30 p.m., is one of several gatherings that has taken place in Boise in response to the May 25 death of Floyd, a Minneapolis man who died after a police officer kneeled on his neck for nearly nine minutes as Floyd struggled to breathe and called out for help.

The Minneapolis Police officer has since been charged with murder.

In a Tuesday afternoon press conference, McLean said she understood residents' reactions of anger and sorrow.

"I want to acknowledge that these are really hard times for our community and our country. We are all hurting, especially members of our black community," she said. "The unjust and inhumane death of George Floyd brings pain and suffering not just to his family, but to countless members of our own city and nation whose lives and lived experience includes the byproduct and impact of centuries of racism and oppression."

Tonight, members of the Boise community will stand together to honor the legacy of those who have lost their lives because of racism in our country. Alongside @BoisePD and the vigil's community organizers, we are asking for peaceful and respectful voices. https://t.co/VXcR5prKcI

The mayor noted that even Floyd's family has asked for demonstrations to remain peaceful after days of violence and unrest in cities around the country. Those who plan to attend Tuesday's vigil should abide by those wishes and "come in peace," McLean said.

"We are asking you, residents of Boise, to be peaceful, to honor the lives and legacy of those whose lives are lost, and to be respectful not only today but in the days to come as we have tough conversations as a community and nation," she said. 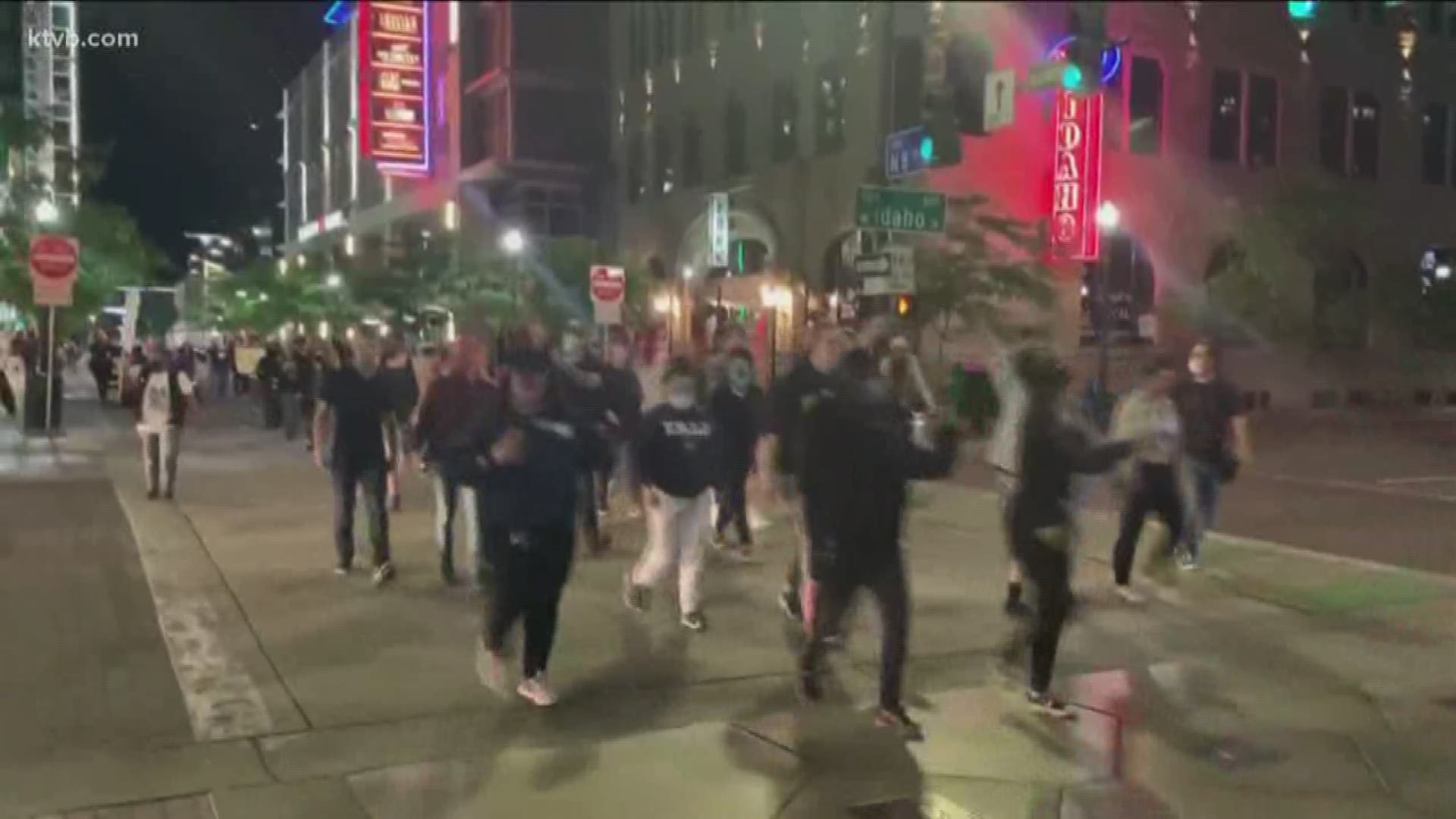 Tensions have flared at some of the Boise protests, but for the most part they have not turned violent or destructive, Winegar said. The police chief did make note of an incident at Monday night's protest in front of the Statehouse, during which a gunshot was fired into the ground.

An 18-year-old Garden City man was arrested and charged in connection with that shooting. Police have said the shot appears to have been an accidental discharge.

"We are very, very thankful that no one was injured and that there was not any physical violence last night. We are very thankful for that and we hope for that to be the case tonight as well," Winegar said. "We look forward to having everyone express themselves freely and not having it boil over into those tensions that lead to violence."

RELATED: World alarmed by violence in US; thousands march in London

When asked whether he supported people showing up to protest or counterprotest with firearms, Winegar responded that carrying a gun was not illegal.

"We are supportive of all rights in our community, and we are there to facilitate everyone's point of view being safely expressed. Having said that, I don't know if it's ever a great idea to have lots of guns and people coming," he said. "I would just say that we feel comfortable in our ability to provide a safe atmosphere, and if folks are coming with weapons to try and ensure safety - we feel like we have a handle on it." 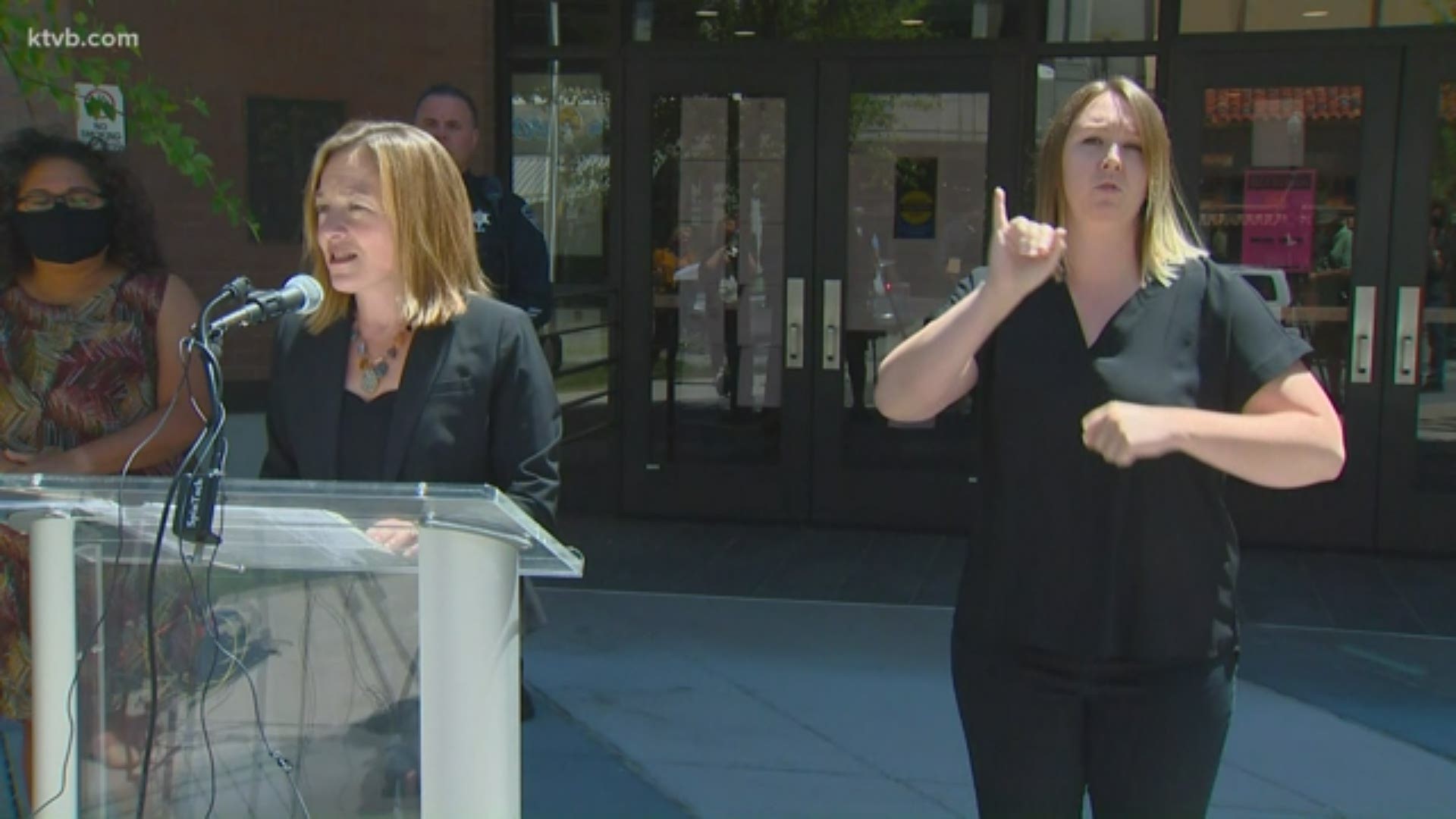 Both Boise Police officers and Idaho State Police troopers were on hand during the earlier protests, and will monitor the vigil Tuesday night as well.

"We will absolutely have a presence tonight, and we will do everything in our power to make sure that the event comes off as safely as we can possibly ensure," Winegar said.

Vigil organizers have also asked attendees to wear a facemask and practice physical distancing from one another to prevent the spread of coronavirus.

Boise city council member Lisa Sanchez added that if people do not want to attend the vigil itself, they can still show support by educating themselves on issues of race and working in other ways to improve their community.