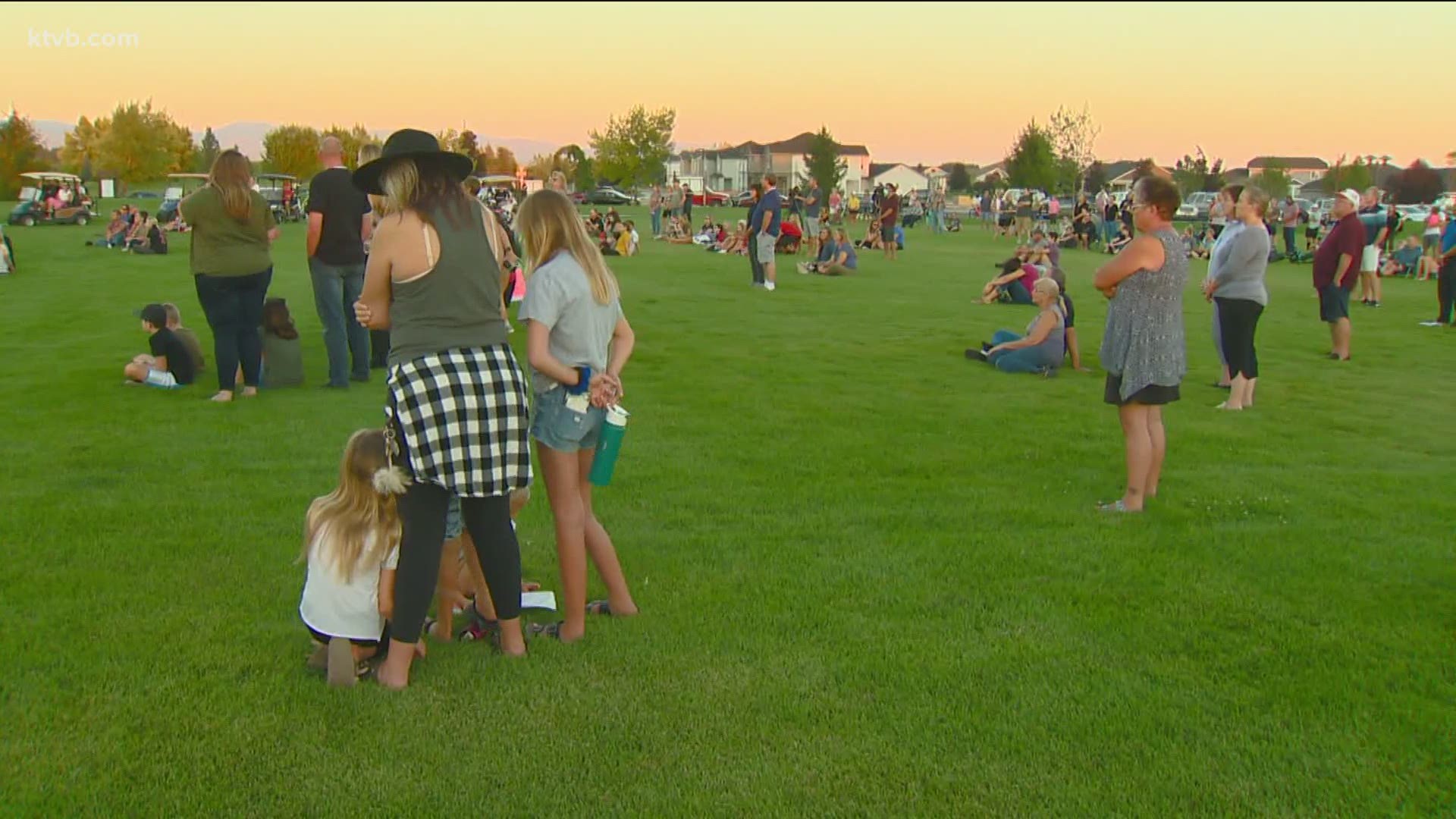 EAGLE, Idaho — Hundreds of people met at the Legacy Playground in Eagle on Thursday night to hold a vigil for 2-year-old Rory Pope, the toddler who went missing Wednesday from an Eagle neighborhood.

As the search for Rory continues, the community has extended their kind wishes to his family. A Facebook group was created in hopes of assisting the search team in their efforts.

Vigil organizers asked attendees to bring cards and well wishes and to continue offering support to the family.

Brad Murphy, the organizer of the event, announced that Rory's family would not be attending the vigil.

“They’ve decided to stay close to each other during this time but they would like to extend their heartfelt thanks and overwhelming gratitude to the outpouring of love and concern for their little one," Murphy said on behalf of Rory's grandparents. "Please express our deep thankfulness for our wonderful and caring community.”

Murphy told KTVB that he felt like he needed to do something to bring people together during this difficult time.

"It's just there is a lot of anxiety because Rory hasn't been found," he said. "I feel like people want to do more and they feel like they've done everything they can with their feet and hands, so they wanted to pray."

1 / 4
KTVB
Nearly 200 people gathered at the Legacy Playground in Eagle to hold a vigil for Rory Pope, a toddler who went missing from the area on Sept. 2, 2020.

Another vigil for the missing boy was held earlier in the evening near Seven Oaks Elementary School.

The organizer for that vigil, Christine Lyle, said she helped with the search efforts on Wednesday and felt empty when they couldn't find Rory. She wanted to do more for the family.

"I know they're probably fearful and they need help and the more we can come together as a community, a city, a state, a nation the better off we will be," Lyle said.

Rory was last seen on Wednesday wearing a lime green shirt. The Ada County Sheriff's Office spent Wednesday and Thursday searching underwater in the ponds surrounding the neighborhood where he was last seen.

There is no evidence that Rory was abducted, no signs of foul play and no criteria for an AMBER Alert to be issued, according to ACSO.