A University of Idaho associate professor and his colleagues are investigating why female elephants in a region of Africa are quickly evolving without tusks. 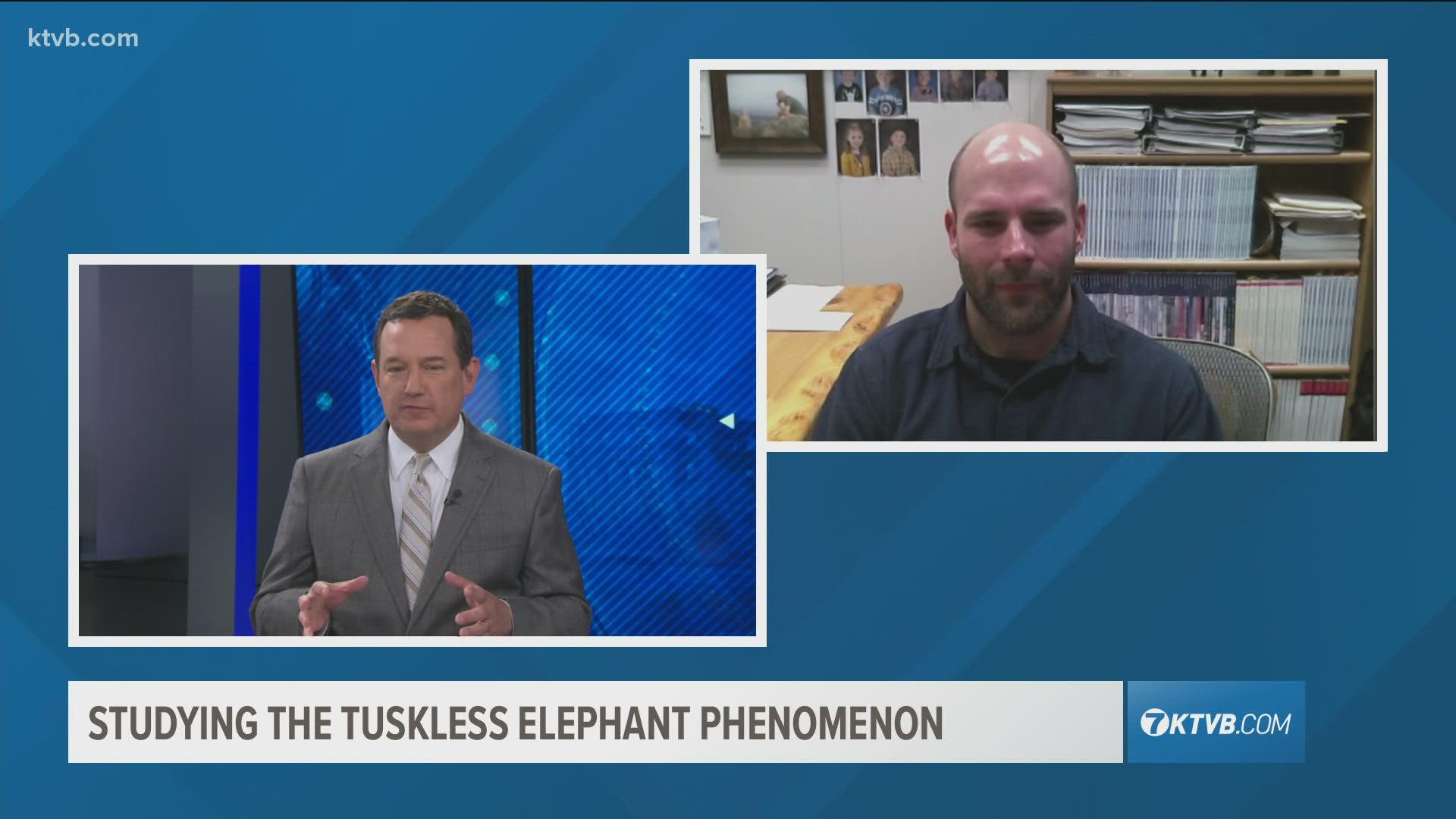 BOISE, Idaho — A University of Idaho professor is part of a team that is studying the tuskless elephant phenomenon in a region of Africa.

Dr. Ryan Long is an associate professor of Wildlife Sciences. He and his colleagues at Princeton University, Elephant Voices and Gorongosa National Park just published a paper in "Science" on what their research has found.

The researchers discovered the female elephants are quickly evolving without tusks partly because of black market poaching during the civil war in Mozambique that lasted from 1977 to 1992. Over that span, the population fell from 2,500 to about 200. Long said it has now recovered to about 800 elephants.

The team also found genetic evidence of the impact this tuskless trait is having on the pachyderm population. They have collected blood samples from a total of 18 elephants, 7 with tusks and 11 without.

Doug Petcash talked with Dr. Long for this Sunday's Viewpoint. Below is a partial transcription of their conversation.

Doug Petcash: Were tuskless elephants more likely to survive the poaching because they didn't have tusks, so the poachers weren't as interested?

Dr. Ryan Long: Yeah, that's exactly right. And that's what's led to the evolution of tusklessness of this population. Based on the results of our analyses, during that period when the war was going on, females that lacked tusks had about five times higher probability of surviving than their tusked counterparts, and as a result, essentially tusks became a liability in that population as a result of the intense poaching pressure.

Petcash: So this really threw off the gene pool, didn't it?

Long: Yeah, it had a big effect on the gene pool. This mutation on the X chromosome that before had only occurred at very low frequencies in this population because there's really no benefit to it, suddenly increased in frequency substantially because it was the tuskless females that were surviving and were able to pass that mutation on to their offspring in the next generation.